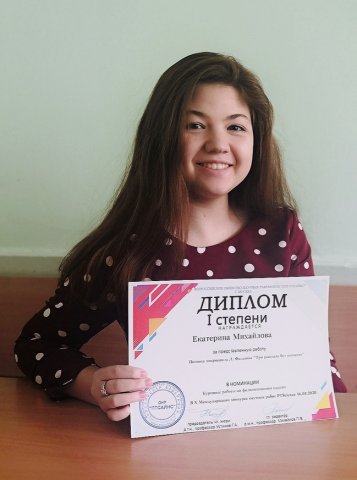 Third-year student of the Department of Russian Language Ekaterina Mikhailova earned the first place in an international research competition.

The 10th International Research Competition PTScience of the All-Russian Society of Scientific Developments, Moscow, is held in 19 scientific fields. Participants include schoolchildren, university students, and young researchers from various countries. The goal of the competition is to share the results of modern research with the scientific community and motivate young researchers with scientific contests and projects.

Ekaterina Mikhailova earned the first place certificate for her research entitled “Poetry of L. Filatova’s Three Tales Without a Name Microcycle”. Her research advisor was Candidate of Sciences (Philology), Associate Professor of the Department of Russian Language and Literature Yuliya Feoktistova. 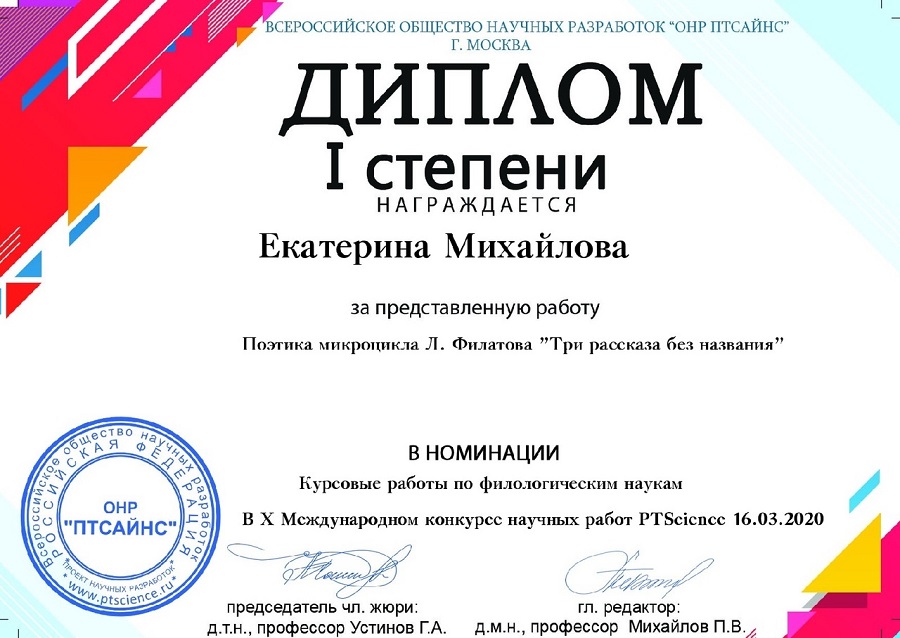 The head of the Department of Russian Language and Literature, Doctor of Sciences (Philology), Professor Tatiana Semyan notes that the achievements of the department’s scientific school, which has produced several philological researchers, are further developed in the research of Bachelor’s and Master’s students: “Our department has everything necessary to provide all of the levels of education that exist in the institute: Bachelor’s, Master’s, postgraduate. This system has demonstrated its productivity. From the beginning of their studies, our students are taught how to write scientific articles and they actively participate in conferences and scientific competitions of various levels.”