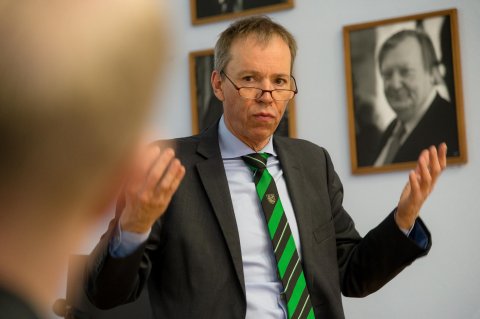 Professor of the Leoben University for Mining, Metallurgy, and Materials, Austria, Head of the Department of Metallurgy, Doctor of Sciences (Engineering) and author of 420 scientific publications Johannes Schenk visited South Ural State University. Dr. Schenk is an Executive Technical Officer of a big Austrian Competence Centre dealing with innovation developments in technological and manufacturing processes for European metallurgical companies. He delivered a lecture on possibilities and prospects of research in modern metallurgical sector for the SUSU staff and postgraduates.

The meeting with Professor Johannes Schenk took place at the World Metallurgy Congress organized by AIST, the Association for Iron and Steel Technology, in Leoben, Austria, last autumn. The SUSU delegation consisting of Leonid Sokolinsky, Marina Samodurova and Leonid Chepurnov presented our university to the members of the world metallurgy society. The presentation of the university attracted interest among the representatives of manufacturing companies and universities, who expressed the desire to learn more and establish cooperation with SUSU. Professor Johannes Schenk from the Leoben University for Mining, Metallurgy and Materials was one of the first to visit SUSU.

The University of Leoben ranks 15th in the Subject Ranking (Metallurgical Engineering) of the Shanghai Ranking of World Universities. At the meeting with the SUSU researchers and postgraduates Professor Schenk spoke about the main fields of research in metallurgy.

“Our university is the second in Europe according to ARWU ranking in Metallurgical Engineering; it only gives place to the University of Manchester, Great Britain. Today we pay special attention to foundation of special competence centres, the task of which is to coordinate scientific fields with practical use of advanced developments in terms of industrial manufacturing,” says Professor Schenk. 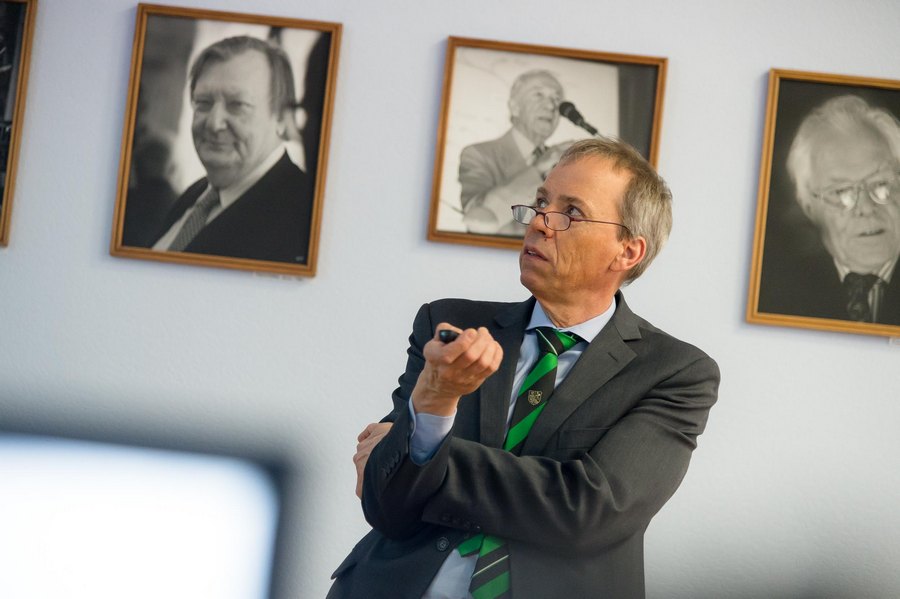 In addition to training engineers in various fields, the University of Leoben is actively engaged in research aimed at development of new resources-saving technologies, which will find their application in ferrous and non-ferrous metallurgy. In addition, one of the tasks of scientists is to improve ecological safety of metallurgical companies and to develop the sector in general. Professor Schenk also noted that the government and private companies in Austria stimulate young specialists to work at industrial enterprises, what ensures a close connection between science and manufacturing.

In his lecture Johannes Schenk paid special attention to the Double Degree system in the European Union, which provides broad prospects of students exchange between partner universities.

“Students are taught both in German and in English, they take internship at enterprises in Austria and in other countries. University scientists cooperate with metallurgical factories for the purpose of implementation of new technologies into manufacturing. Specialists graduating from university are in demand in the labour market not only in their own country but in international companies as well,” marked the scientist.

Students of South Ural State University have taken part in academic mobility programs within the cooperation of European universities on the Erasmus+ student exchange program for several years. The lecturer noted that SUSU students have an opportunity to continue their education in the field of Metallurgy in the University of Leoben and receive an international diploma of engineer. 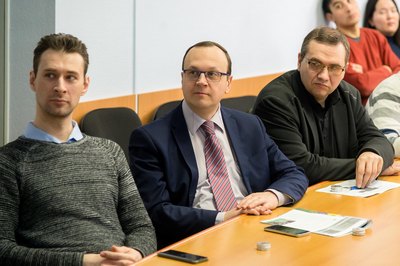 During the three days of his stay at the university the professor visited research laboratories of the university, met with Rector Aleksandr Shestakov and Vice-Rector for Research Anton Korzhov, talked with the SUSU academic and teaching staff, postgraduates and students.

“Dr. Johannes Schenk praised our laboratories for their research equipment and qualified personnel. Joint research projects are already being conducted with some of them. For example, there is an agreement on the participation in the competition on the best science and fundamental research held by the Russian Foundation for Basic Research jointly with the Austrian Science Fund. A major role in the upcoming joint projects will be assigned to the issues on digitalization of metallurgical production, where SUSU will act as a partner and co-contractor in the global European project,” noted Marina Samodurova, Co-Head of Laboratory of Mechanics, Laser Processes and Digital Production Technologies.

This is not the first international project initiated by Marina Samodurova and Leonid Chepurnov, which will be implemented at the university. Visits of such level benefit our university and make SUSU recognizable in the global educational and scientific space.