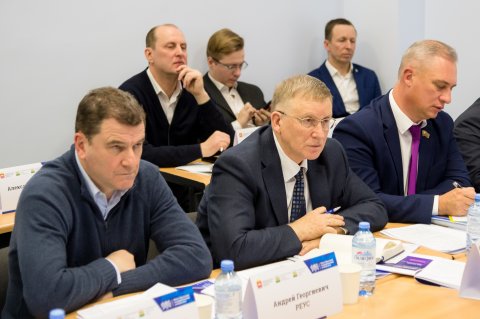 On February 3, South Ural State University hosted the meeting on the Smart City project implementation in the city of Chelyabinsk. The SUSU staff and representatives of the city business community took part in the event.

The Chairman of the Chelyabinsk City Duma Andrei Shmidt offered a welcoming speech to the participants of the meeting. He spoke about the events to promote “Chelyabinsk, a Smart City” project.

“The implementation of such a large-scale project should start with careful preparations. These should include not only clear understanding of the goals and objectives set, but also the adjustment of an existing system. It is important these changes to be as efficient as possible. For a short period, a number of measures has been taken jointly with the Chelyabinsk City Duma to create conditions necessary for the project implementation. South Ural State University has actively participated in the project,” said Andrei Shmidt. 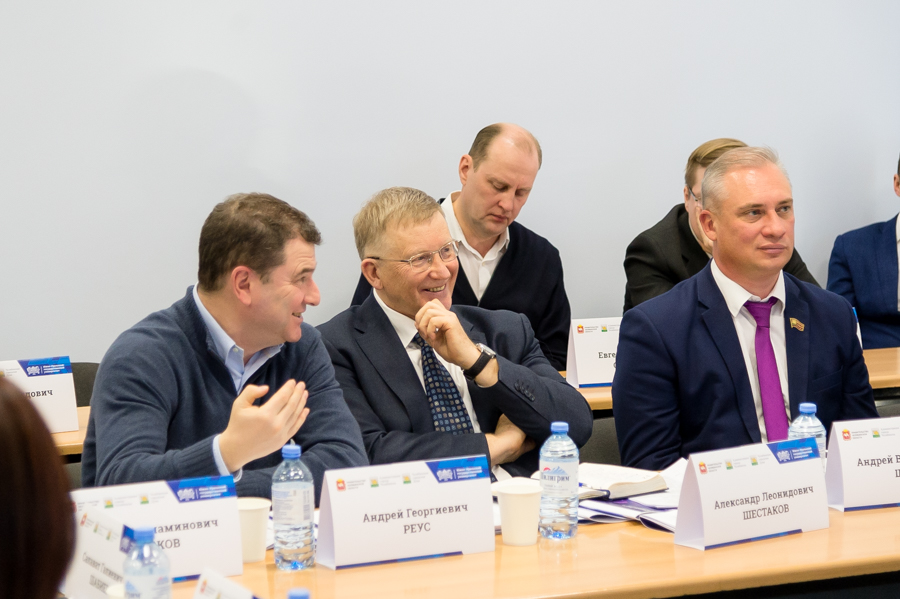 Leading research fellow and Associate Professor of the Department of Automobile Transport of Automobile and Tractor Engineering Faculty of the SUSU Institute of Engineering and Technology, Candidate of Sciences (Engineering) Vladimir Shepelev introduced his article on smart city transport.

“Today’s meeting is the first step towards the management system using the Smart City standards. A great number of representatives from various spheres have gathered here, what helped to organize a great intellectual potential in one place, as well as discuss serious projects that would be implemented in the city,” noted Andrei Reus. 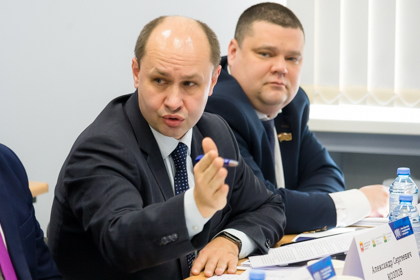 Healthcare in the Smart City was discussed by the Deputy Chief Physician for Administrative and Economic Affairs of MUZ OTKZ City Clinical Hospital No. 1 Aleksey Ulianov and the Head of the City Centre for Medical Prevention Dmitry Prokopiev.

Associate Professor of the Department of Ecology and Chemical Engineering of the SUSU Institute of Natural Sciences and Mathematics, Candidate of Sciences (Chemistry) Tatiana Krupnova introduced the project on Ecology in Smart City.

Project on Culture and Arts in Smart City was introduced by the Vice-Director for Scientific Research of the SUSU Institute of Media, Social Sciences and Humanities, Professor of the Department of Russian and International History, senior research fellow of the Eurasian Studies Research and Education Centre, Doctor of Sciences (History), Associate Professor Andrei Epimahov and Director of Chelyabinsk State Drama Kamerny (Chamber) Theatre Ilia Kolomeiskiy.

The participants of the meeting discussed the reports presented and summed up the results. Rector of South Ural State University Aleksandr Shestakov noted that the meeting gathered a great number of caring people, who would be required to develop a project of a technical task to promote the Smart City project.

“Together we must build the Smart City management system based at South Ural State University. The result of today’s meeting can be considered the fact that we have started to move towards this area. Moreover, it is not an easy task. We will adjust our plans in accordance to the results of discussions, and in a month we will be ready to hold the next meeting.”

The Rector also noted that Chelyabinsk needed to learn the experience of other cities and adopt best practices.

South Ural State University invites initiative students, postgraduates, teachers and staff of the university to contribute to the development of the Smart City concept. All of you have an opportunity to take part in the life of Chelyabinsk and suggest your options for improving the urban environment projects.

How can one quickly manage the municipal utilities of the city? In what way can one save on the city lighting? How can we optimize the city traffic? How can a city dweller contribute to the protection of ecology in the city? How can we make our city safer? How can one become the participant of the brightest cultural events of the city using smart technologies? A wide variety of initiatives and proposals from active students, postgraduates, teachers, and the SUSU staff will be considered, and the best of them will be included in the Smart City management system and can be implemented.

Let us change our city for the best together!

Applications for innovative solutions are to be submitted to the Project 5-100 Project Management Office at the e-mail: belousovev[at]susu[dot]ru (application form is free).