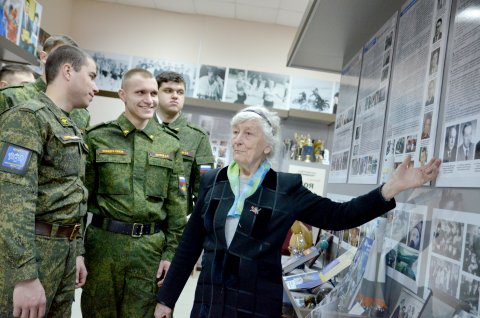 South Ural State University pays special attention to civic and patriotic education of students. The Council of Veterans takes an active part in this event as well.

“We interact with young people, teach them the history of the university and its veterans; we try to become closer and tell them about the most memorable things to be proud of. They should understand that young people were young people back then as well, they had great ideas and they brought their ideas to life with the help of adults; and this team work remains today, too,” said Nadezhda Kuzmina, Chairperson of the SUSU Council of Veterans. 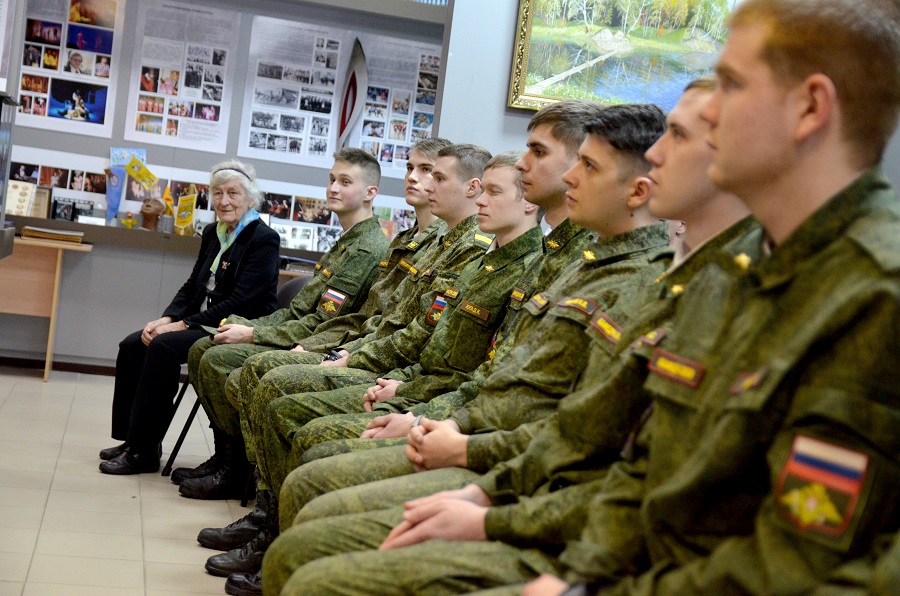 This work is carried out in close cooperation with the Extracurricular Activities Department, the Council for Civic and Patriotic Education of Students, the Museum of SUSU History, libraries, SMART University periodical, SUSU-TV Television and Radio Company, Poisk Student Scouting Forces, Recreation Centre, Volunteer Centre, the SUSU Military Training Centre. The Museum of SUSU History plays an important role in patriotic education of students. The exhibits collected with the participation of the Council of Veterans describe the years of development of the university, the heroic time of the Great Patriotic War and present days very clear. The staff of the Museum and the Council of Veterans have developed the excursion programs: “Year of Birth – 1943”, “Third Labour Semester”, “Science Development”, “History of Establishment of Faculties” and more, which help students to learn its history to a full extent. Director of the Museum of SUSU History Nadezhda Ivanova gave a tour around the museum and told the students of the Military Training Centre about the development of the university and its contribution to the Great Patriotic War:

“Nowadays, special attention is paid to the fact that students should not only be just university students but should also love their university. It is not just education of a citizen and a patriot, but cultivation of the corporate culture as well. Today at the museum we have prepared an exhibition that tells about what our scouts do. The findings, which they have brought, tell us not only about the events, but our colleagues and neighbours who gave their lives for the victory.” 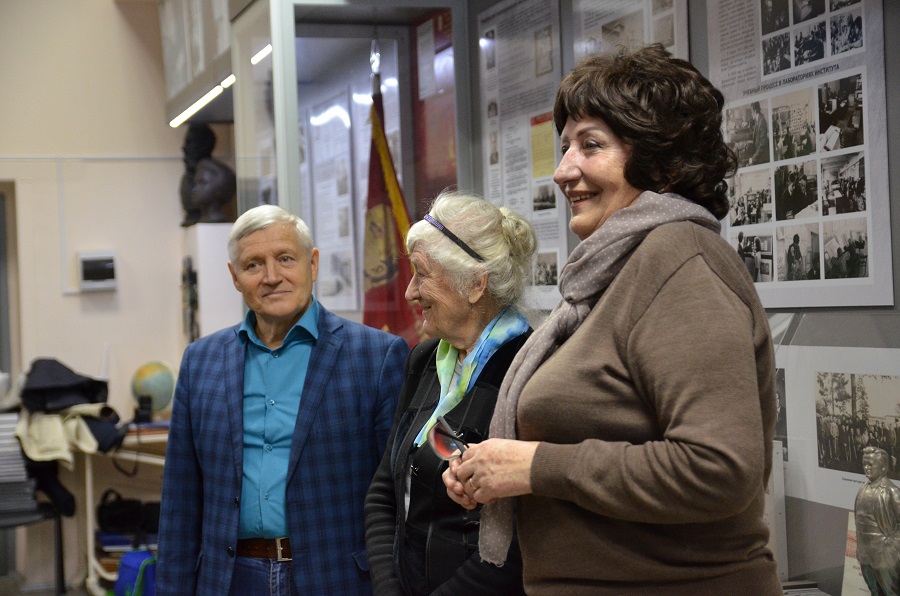 “The work of the SUSU Council of Veterans on patriotic education of students of the university contributes to successful implementation of the Civic and Patriotic Education Program at the university. At present, at the eve of the 75th Anniversary of the Victory in the Great Patriotic War this work is being actively carried out. Students should know the price of the victory and what contribution the Chelyabinsk Region made to the victory, how our compatriots fought at the front and worked on the home front. Much attention is paid to the activities of the SUSU Student Scouting Forces. Together with SUSU they contribute to the restoration of the history of the victory in the Great Patriotic War. Since 2005 the Forces have found and reburied the remains of 200 Red Army soldiers. Today the Forces have been preparing to the participation in the All-Russian “In Memoriam Watch – 2020”, said Yuriy Meshkov, senior inspector of the Extracurricular Activities Department.

In the future, the Council of Veterans and the Military Training Centre are planning a great number of events dedicated to the 75th Anniversary of the Victory in the Great Patriotic War. For instance, on the Victory Day eve the Council of Veterans together with the Rector of the University and the students of the SUSU Military Training Centre will take part in the ceremony of flower and wreath laying at the Eternal Flame monument on the Walk of Fame, as well as in organizing a traditional Victory Waltz dance flash-mob, held on the University Square, which appeals to every member of the audience of this wonderful spectacular event.

Elena Potoroko, photo by the author