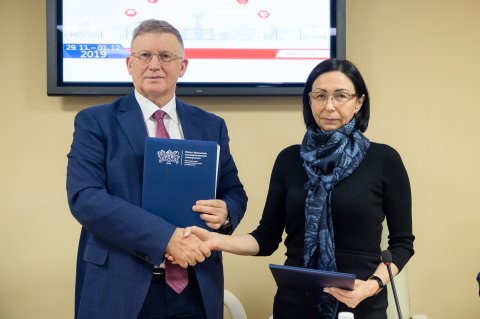 South Ural State University invites initiative students, postgraduates, university administrative and academic staff to contribute to the development of the Smart City concept. Everyone has an opportunity to participate in the life of Chelyabinsk and offer new options for improving urban environment projects.

How to promptly manage municipal utilities of the city? How to save money on the city’s illumination? How to optimize the city traffic? How a citizen may contribute to protecting the ecology of the city? How to make our city safer? How to become a participant of the most vivid cultural events of the city using smart technologies? The most versatile initiatives and proposals from active students, postgraduates, university administrative and academic staff are to be considered, and the best of them are to be included in the management system of the Smart City project, and are to be turned into reality.

Let us make our city better together!

In March 2019, Chelyabinsk joined the Smart City project, the project of the Ministry of Russia, the main purpose of which was to create an efficient urban management system and provide comfortable and safe living conditions for citizens. At the end of November 2019, the project and analysis session “Chelyabinsk, a Smart City” was held in the SIGMA university complex at SUSU.

As a result, a memorandum on creating the management system of the Smart City project was signed between the Administration of the City of Chelyabinsk and SUSU.

The official document states the intentions of the city’s executive authorities and the university to jointly form the concept of the “Chelyabinsk, a Smart City” project, create conditions for organising scientific research and perspective experimental development projects in the field of engineering, organizational-economic solutions and digital technologies, produce the city’s digital twin, and more.

Today, the city-wide project is rising to a new level. The university opened CityLab, a specialised laboratory, which is a link and a space of activity coordination among the city government, scientific, pedagogical, expert and business communities and active citizens for the fulfilment of the Smart City project in Chelyabinsk.

Applications for innovative solutions are accepted in the Project 5-100 Project Management Office via e-mail belousovev[at]susu[dot]ru (free application form) January 9 through January 31 of 2020.