South Ural State University’s Asteroid Safety Winter School has wrapped up its work, which involved the participation of Chelyabinsk school students of 10th and 11th forms. On January 10th, the best School engineers were chosen.

Over four days, the participants had to design supports of a spacecraft landing module. The employees and experienced students of the Institute of Engineering and Technology of South Ural State University helped in this difficult task.

On January 10, the manufactured models of the spacecraft were tested at a dynamic test bench. The expert jury consisted of SUSU Rector Aleksandr Shestakov, Deputy Minister of Education and Science of the Chelyabinsk Region Elena Kouzova, Director of the SUSU Institute of Engineering and Technology Sergei Vaulin, and Dean of the Faculty of Aerospace Engineering of the SUSU IET Viktor Fedorov.

In the afternoon, the closing ceremony of the Asteroid Safety Winter Scientific School was held. Rector of SUSU Aleksandr Shestakov delivered a short speech to the event participants.

“For engineers planning on developing new equipment, these kinds of schools are simply a necessity. Here, you showed your abilities and your imagination. Teamwork was also important, because without that, it is impossible to achieve success. If your teamwork was successful, then further growth in the engineering field is in your future. You did great! We will be waiting for you at South Ural State University.” 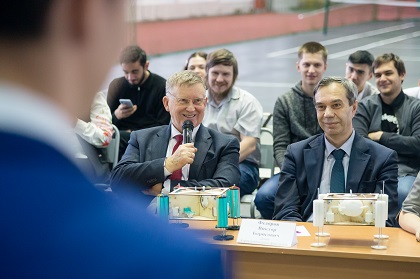 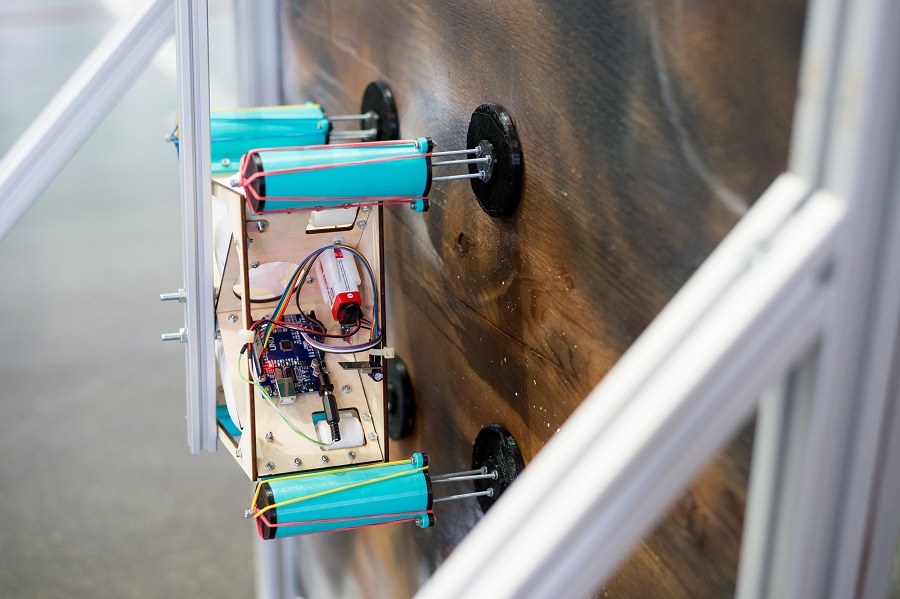 At the ceremony, the results of the students’ work during the program were analysed, and the winners of the bench test were awarded certificates.

11th-form student of the Chelyabinsk Regional Multidisciplinary Boarding School Vadim Bogapov was the captain of Team 5. The young man told us how his team achieved success in the competitions.

“Our team created the simplest supports that could have been invented. We didn’t try to reinvent the wheel and took the already proven method of developing module supports. The lectures that we attended during the winter school gave us a sufficient amount of knowledge, for which I am very grateful. Events of this format have long been my hobby. I think it's a helpful exercise for the brain.”

According to Vadim, each participant of the team made a big contribution to the creation of the module supports. All of them are classmates, which helped them find a common language for the development of this complex design.

The Dean of the SUSU IET Faculty of Aerospace Engineering Viktor Fedorov summed up the results of the Aerospace Safety Winter School. He believes that the topic of asteroid safety is very popular and important. Young people and the university can form a useful collaboration in fighting against asteroid catastrophes.

“As residents of Chelyabinsk, the topic of the threat of asteroids is very familiar. We were able to get first-hand experience with a disaster on a cosmic scale. And this attracts the attention of students. For us, it is important that motivated students whose eyes shine with interest in life come to the Faculty of Aerospace Engineering. The students need to be internally prepared to solve complex, non-standard tasks. This final day of the program demonstrated the students’ huge potential. All of the solutions were interesting and original, we appreciated all of the students’ work.” 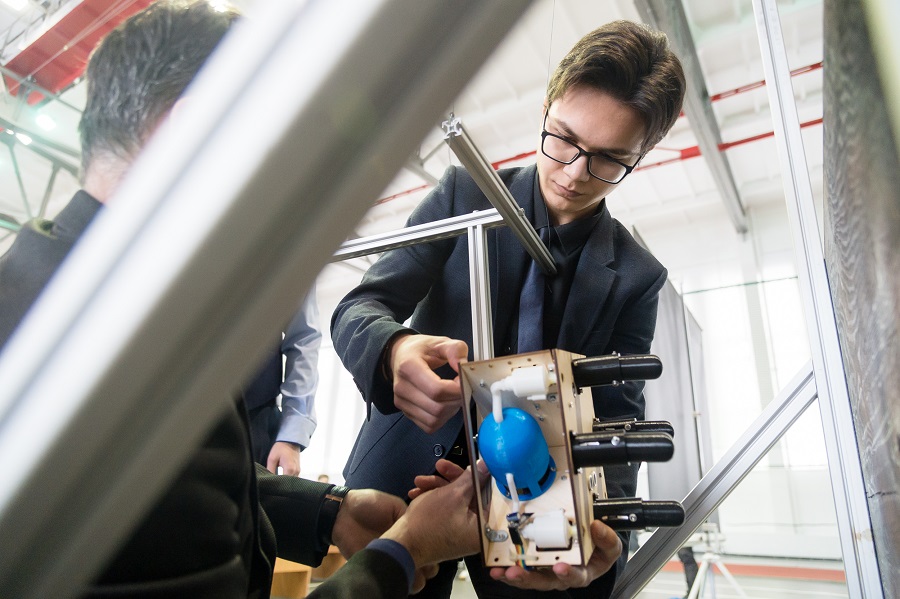 The students received certificates and noted that studying in the Winter School allowed them to learn a lot of new information, which will be of use to them in the future.

This is the second time that this Winter School was held for upperclassmen of Chelyabinsk and the Chelyabinsk Region schools. The first School was held in July of 2019 at the Quantorium Children’s Technopark. Participants of the Summer School had to independently develop a spacecraft which was then tested through on a launch test bench. The third Asteroid Safety School will be opened in the summer of 2020 at South Ural State University.