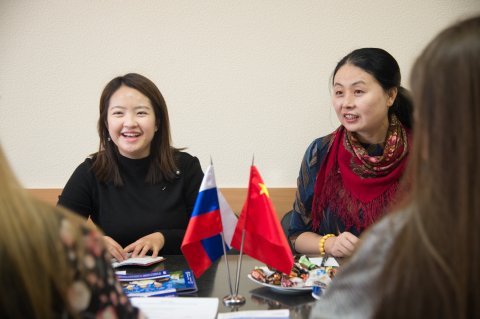 The issues of developing cooperation in the field of humanities, fostering student exchanges and developing joint educational programmes have been discussed by representatives of South Ural State University and Beijing Language and Culture University.

Beijing Language and Culture University became a partner of SUSU thanks to the development of the Pushkin Institute partner network in the People's Republic of China. The SUSU Centre, opened on the basis of Beijing University, has already implemented a number of activities to popularize the Russian language and culture. The delegation from the partner university, which visited SUSU, was composed of an employee of the International Office Qian Yu and a Russian language teacher at the Institute of Foreign Languages Wu Baoyan. They got acquainted with other possibilities of one of the leading higher educational institutions in Russia and offered suggestions for further joint work.

In particular, the entry of our university into the Association of Russian and Chinese Language and Culture Universities, which unites Russian and Chinese universities aiming at the creation of a single platform for joint training in the field of language, culture and art, was discussed at the meeting with the Head of the SUSU International Office Liudmila Lapina.

"This time we discussed the interim results of the cooperation and determined further prospects. It was decided to step up to a more serious level: we outlined new projects and expanding of directions. Thus, we intend to attract several departments of the university to the cooperation. The possibility of entry into the Association of Russian and Chinese Language and Culture Universities was also discussed. I hope that in the future, as a member of this association, SUSU will further expand humanitarian cooperation and increase its presence in the PRC," said the Head of International Office. Head of the Pushkin Institute Research, Education and Coordination Centre of the SUSU Institute of Linguistics and International Communications Iadviga Berezovskaia spoke about the creation of the partner network, previous projects, methodological and online support for studying the Russian language abroad, as well as about education activities held in China, which turned out to be in demand among students and teachers of the Russian language. So, competitions in Russian calligraphy, a master class in the phonetics of the Russian language, celebration of the Day of Slavic Writing and Pushkin's Birthday, webinars on teaching Russian as a Foreign Language, Nationwide Dictation Quiz and other activities were organized.

Head of the Department of International Relations, Politology and Regional Studies of the Institute of Linguistics and International Communications Liudmila Shestakova suggested developing new forms of work of the Pushkin Institute Centre at Beijing Language and Culture University: "All students who study foreign languages would like to assess their level of knowledge of these languages in the end of their studies. For example, to confirm a high level of English proficiency, a TOEFL or IELTS exam is taken, students who study Chinese language traditionally pass the HSK exam, and students who master the Russian language have an exam to obtain the Certificate of Knowledge of the Russian Language. We could organize a distance form of the examination on our platform, and we have the resources. We could provide training for testing of your students and of everybody who wish to receive this training."

Representatives of Beijing University noted that they would consider this proposal, and the Pushkin Institute Research, Education and Coordination Centre promised to provide online support in training students for testing. Then a series of meetings were held with representatives of several departments of the university. Head of the Centre for International Education Tatiana Vasileva spoke about the current and planned academic mobility with Chinese universities. Representatives of the Institute of Linguistics and International Communications, headed by Director Elena Yaroslavova, discussed the possibility of developing joint educational programmes and other forms of cooperation. 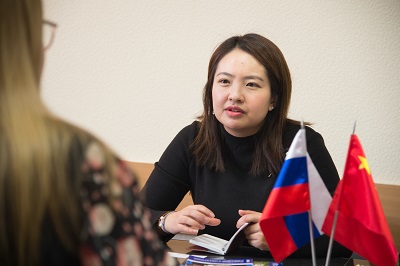 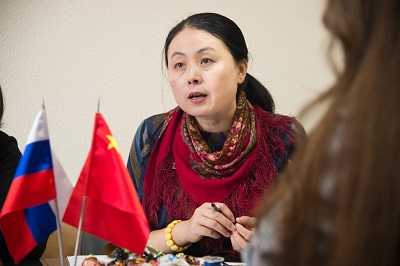 Head of the Department of Journalism, Advertising and Public Relations of the Institute of Media, Social Sciences and Humanities Liudmila Shesterkina spoke about the Master's programmes in journalism, which are fulfilled in Russian and English, and took the university guests on a tour around the media floor where the SUSU-TV Student Television and Radio Company is located. Lecturer of the Department of Russian Language and Literature Alena Tezina shared her experience in educational activities in the field of the Russian language and literature and expressed the willingness of the department to cooperate in various fields.

"Our visit to SUSU today was very substantial, and in one day we met with many deans of faculties and department heads, famous professors and teachers. We learned, firstly, that our students, who are now studying at the Department of Russian as a Foreign Language at SUSU, have achieved great academic success. Secondly, we are pleased to know that you welcome our students to educational programmes at various levels: undergraduate, graduate and postgraduate studies. I think this is a good basis for further joint work," Qian Yu summed up the meeting.

Note that Beijing Language and Culture University was one of the first universities to enter the SUSU Pushkin Institute partner network. The opening of the centres was carried out on the instructions of the Ministry of Education of the Russian Federation under the project entitled Creation and Development of Pushkin Institute Network of Centres in the PRC On the Basis of Organisations Conducting Training in Russian as part of the implementation of Development of Education state programme of the Russian Federation.