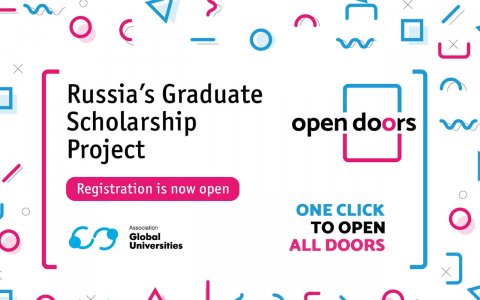 International students of South Ural State University who are completing their Bachelor's degree studies in 2020, as well as all foreign citizens who wish to enrol in Master's programmes, can participate in the Open Doors International Olympiad.

Winners and awardees of the Olympiad can choose the field of study in accordance with the specialization and one or several Russian universities that provide training in the field they are interested in. A citizen of any country except the Russian Federation (as well as a compatriot living abroad permanently) with a Bachelor’s diploma or graduating from Bachelor's programmes in 2020 can take part in the Olympiad.

The Olympiad is held online and has 2 stages. In the qualifying round, the portfolios are evaluated. Participants who have successfully qualified are invited to the second (final) stage, where they solve Olympiad problems. Further studies at universities are possible in both Russian and English.

Winners and awardees can apply for free education at SUSU in nine specializations of the Olympiad: Engineering and Technology, Biology, Economics, Computer Science and Data Science, Linguistics and Modern Languages, Political Sciences, Psychology, Mathematics and Artificial Intelligence, and Business and Management. They combine the most relevant Master's programmes that implement the training of specialists in demand on the world labour market. Click here for the detailed information about the university and Master's programmes.

Registration is open on December 18, 2019 on the website of the Olympiad. More information on the specialization programme and the demo version of the tasks (problems to solve) of the second stage can be found here:  https://od.globaluni.ru/#subjects