KNAUF in the World’s Construction Complex Conference Held at SUSU 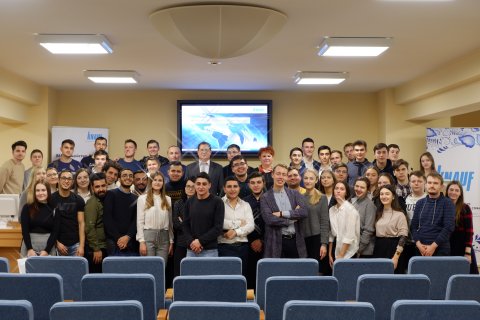 November 27th, the 12th International Science-to-Practice Conference on KNAUF in the World’s Construction Complex was held at South Ural State University. This even has long become a good tradition and a result of joint work of the KNAUF Training Centre of the Ural Marketing Directorate, Branch of OOO KNAUF GIPS, and the SUSU Institute of Architecture and Construction.

The conference was held in the conference hall of the SUSU SIGMA building. Specialists of the Ural Marketing Directorate, General Director of OOO KNAUF GIPS Chelyabinsk Andrey Buyanov, along with the SUSU Institute of Architecture and Construction academic staff, Master’s students and other students gathered to discuss new technologies and materials being offered by KNAUF, problems of the modern construction complex, and other topical issues.

This is an international-level conference, so it featured works by students from Russia, China, Egypt, Jordan, Saudi Arabia, Kazakhstan , and other countries.

Year after year, people are still interested in the conference topics, and moreover, the number of the research fields presented by the forum participants grows. Thus, in their work, SUSU students Anastasiya Morozova and Mikhail Churasov conducted research on the criteria of evaluating the thermal characteristics of an existing apartment block and changes in them if KNAUF Insulation is used. The work by KNAUF company within a concept of sustainable development was considered by a 2nd-year student Sergey Bravkov in his report. The audience was charmed by the practical experience and eloquence of Aleksey Pavlov, who considered the problems of BIM technologies at the modern stage of implementing them. 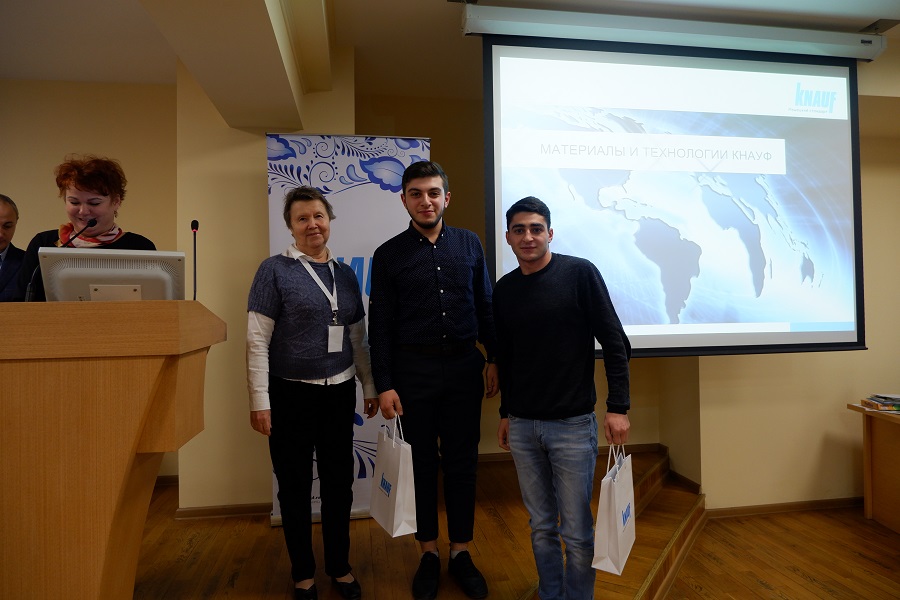 We would like to note the high level of the delivered presentations, and big number of topical and interesting works. Such event format allows not only for a better introduction of the KNAUF materials and technologies to the future specialists, but also for the company’s staff to get feedback from students and learn about their vision of the development prospects both for the company and the sector in general.

As a result of the student voting, the first prize was awarded to Aleksey Pavlov’s work on the Direction of BIM Technologies Development; the second prize – to Dzhon Ayrapetyan and Levon Kostoyan’s report on the Methods of Building Interior Partitions; and the third prize – to Viktoriya Kokot’s work on the Modular Building Concept. The representatives of KNAUF company specifically marked Sergey Bravkov for his report on the KNAUF Technologies for Sustainable Development, and an invited speaker from Kazakhstan Daken Orymbaev for his presentation on the Substantiation of the Feasibility of Using the KNAUF System as Compared to Alternative Systems of Partitions Arrangement.

All the winners received nice souvenirs from KNAUF company, but the most important thing is certainly the exchange of knowledge and experience between all the event participants.

The collaboration of the Ural Marketing Directorate, Branch of OOO KNAUF GIPS, Chelyabinsk, with SUSU in general implies vast training and educational activity in the fields of state-of-the-art technologies by KNAUF. Annual international science-to-practice conferences on the topics related to the KNAUF materials and technologies definitely improve the quality of training degree-holding specialists and spark a lot of interest among the academic staff and students of the SUSU Institute of Architecture and Construction.