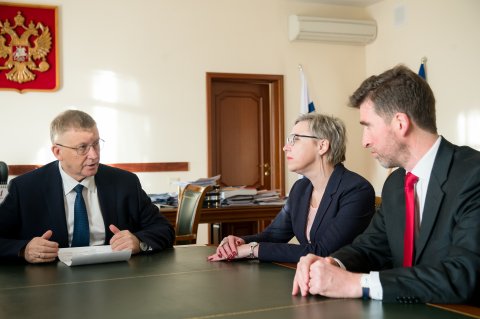 A seminar and strategic sessions on the discussion of promotion of the university research in the global space and improvement of its position on ranking lists were held at South Ural State University during the visit of Jacques de Champchesnel, QS Company (Quacquarelli Symonds) consultant.

South Ural State University is in the TOP 1000 of the best universities in the world according to the British consulting company Quacquarelli Symonds (QS) – World University Ranking QS. This rating is considered to be one of the most influential global university ratings. QS Company not only annually publishes the most authoritative rankings of the best universities in the world, but also specializes in conducting expert-analytical research, the results of which were presented at South Ural State University. The main topic for the discussion were the issues related to the SUSU’s promotion in the international QS rankings and enhancing the university's recognition in the global scientific and educational space.

SUSU Rector Aleksandr Shestakov noted that the improved standing of the university in the rankings is a result of systematic work in many fields.

"South Ural State University is steadily holding and improving its position in both national and international rankings. This year, we entered the global international ranking of the best universities THE World University Rankings-2020 according to the authoritative rating agency Times Higher Education and two subject ratings of THE in engineering and physical sciences. Now our challenge is to improve our position in the global QS ranking. Strategic sessions held jointly with QS consultants help us in this and focus on our main fields: Digital Industry, Materials Science and Ecology," emphasized Aleksandr Shestakov. 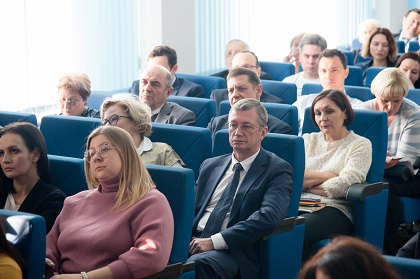 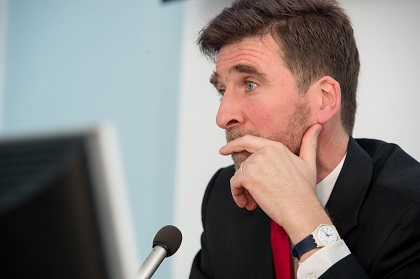 The improvement of the SUSU’s standing in international rankings testifies to its global competitiveness, which is facilitated by the growing recognition of the university in the global educational space. The QS consultant Jacques de Champchesnel was pleased to note the significant progress of the university in all fields:

"To my mind, identifying three key directions of the university's research is a right step. The next step should be the search for strategic partners. Gaining international recognition is a difficult task, but we will work to solve it together. In addition, I believe that much attention should be paid to cooperation within the university, including the interaction of scientists, the International Office and the Marketing and Strategic Communications Department to achieve the best results."

SUSU scientists presented the key projects of the university in the field of Ecology in the framework of the first strategic session. Among them are Ecomonitor project, development of reagent-free water cleaning using catalysts, creating a method for treating industrial wastewater using macrophytes, creating an eco-concrete, study of the surface structure of carbon materials in order to obtain selective sorbents, development of an environmental complex program for industrial enterprises of the Chelyabinsk Region, etc.

A number of projects were discussed during the strategic session in the field of Digital Industry. Among them are the Internet of Things technology, the Industrial Internet of Things, new sensors (a project implemented at SUSU jointly with the University of Oxford), additive technologies (the project partners are SMS-Group and the Saint-Etienne National Engineering School), a digital twins project, the industrial partner of which is Emerson, and more.

"The main topic of discussion was increasing the recognition and enhancing the reputation in the world community. It should be noted that we have been actively working in this direction over the past 2-3 years. One example is the success of the Global Smart Industry Conference, which is scheduled to be held regularly every 2 years," said Gleb Radchenko, Director of the School of Electronic Engineering and Computer Science.

The strategic session in Materials Science was devoted to the most promising projects in this field and their promotion in the global media space. This field includes projects aimed at obtaining new structural and functional materials. Among them are magnetic oxide materials, highly entropic metallic and non-metallic materials, carbon nanomaterials, composite materials, etc.

Communication methods that can help to increase the recognition of the university around the world were discussed at the final strategic session on the global interaction of SUSU. The QS consultant gave recommendations on working with the university’s website, working with news agencies, and shared social media marketing tips.

Holding of expert-analytical sessions jointly with QS Company on a regular basis allows resolving issues related to the promotion of the university in international rankings effectively and enhancing the reputation of South Ural State University in the international arena.