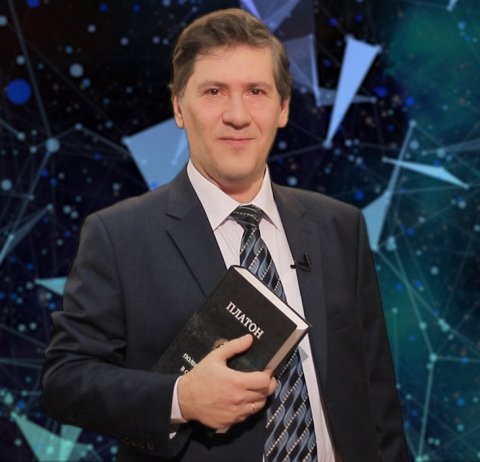 The fifth airplay of Zolotoe Sechenie (Golden Section) author’s program on SUSU-TV is dedicated to a genius scientist Norbert Wiener. Igor Klebanov, Associate Professor and Senior Research Fellow of the Department of System Programming of the SUSU School of Electronic Engineering and Computer Science, Candidate of Sciences (Physics and Mathematics) opened a new section within the framework of Zolotoe Sechenie program: Anniversaries of Great Minds and Great Ideas.

November 26th marks the 125th Anniversary of an outstanding American mathematician, engineer, founder of cybernetics, philosopher, and public figure, Norbert Wiener. He was a real child prodigy. At the age of four he learnt how to read, at the age of seven he read The Divine Comedy by Dante Alighieri, and Charles Darwin’s works in the original, at the age of 11 he graduated from school, at the age of 14 he was awarded Bachelor’s degree, at the age of 17 – Master’s degree, and at the age of 18 – Doctor of Philosophy degree, which is the equivalent of Candidate of Sciences in our country.

His father, Leo Wiener, was also quite a talented person, a scholar and philologist. By the way, the Wieners, on the father’s side, are of the Russian Empire descent. Leo was a Professor at Harvard University. He was teaching Slavic languages and Russian literature all his life. Thanks to his efforts, American universities began to teach Russian classical literature.

Norbert Wiener did a huge research study in the fields of functional analysis, probability theory, mathematical physics (the famous Wiener-Hopf method). His works indirectly influenced the creation of the quantum field theory mathematical apparatus: the Wiener’s integral. But of course, his main brainchild is cybernetics.

“Norbert Wiener published his book titled “Cybernetics: Or Control and Communication in the Animal and the Machine”. This work became the result of long-lasting reflection and collaboration with Rosenblueth, a Mexican physiologist,” says Igor Klebanov. “In fact, cybernetics is a synthetic science that combines mathematics, biology, social studies, and economics. Wiener examined different systems of people communities, animal communities, human systems, and machines, and understood the unity of their control. The thing is about exchange, transfer of information, and storage of information. And this is, perhaps, his main credit. Using the obtained knowledge, cutting-edge research in the fields of computer science, robotics, and artificial intelligence is being conducted by scientists of South Ural State University.”

You can watch the fifth airplay of Zolotoe Sechenie program here.