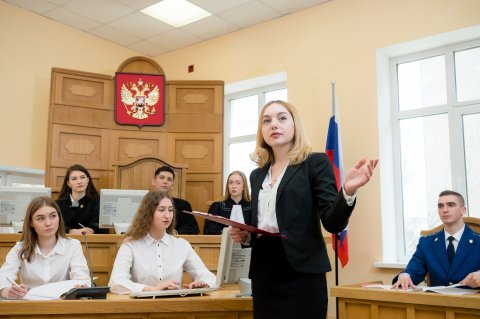 The Russian Foundation for Basic Research summarized the results of the recent contest on targeted fundamental research within the fields of the Strategy of Science and Technology Development in the Russian Federation “Human Capital: Competitiveness, Intellect, and Talents”. 544 applications were submitted to the contest, and 53 projects received support.

The project on the “Socio-economic Guarantees for the Fulfilment of Youth Intellectual Potential: Comparative Study of Russia and Scandinavian Countries’ Experience” combines the efforts of the South Ural State University and the University of Tyumen legal scholars, who conduct comparative study of Russian and Scandinavian educational systems. The project is based on the study of the conflict between elite education and egalitarian education, which became relevant in the middle of the 19th century, elaborating the ideas of equally accessible education for the rich and the poor, for boys and girls. Nowadays, the discourse is shifting towards equally accessible education for healthy people and for people with disabilities, as well as for native speakers of linguistic majorities and minorities. The educational policy regarding talented children in Russia eliminates the principle of equal opportunities, focusing exclusively on certain children. As for other children, whose families are unable to provide education in specialized or private schools, the term “school” is a synonym of obligation of getting basic education. Unlike the approach used in the Scandinavian countries, where government efforts are aimed at equal support of each child, school in the Russian Federation is no longer a guarantee of social stability and integration, and growth of social capital.

The team of the SUSU Institute of Law is working on the thesis that equally accessible education can, in the long run, contribute to sustainable economic development and improvement of social integration of society. The project shows both historical and functional vectors of scientific discourse development of this particular subject field.