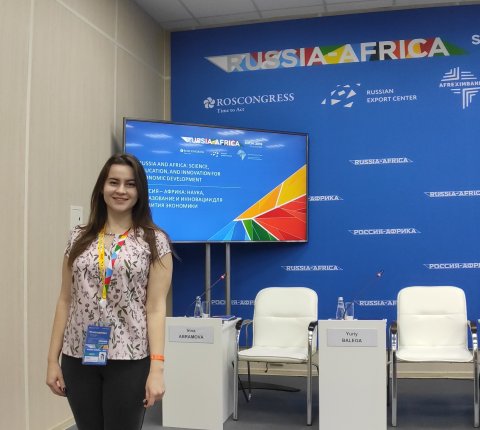 The Russia-Africa Summit, co-chaired by Vladimir Putin, the President of the Russian Federation, and Abdel Fattah el-Sisi, the President of the Arab Republic of Egypt and the Chairman of the African Union, was held in Sochi, October 23rd through October 24th. Valeria Chachina, the South Ural State University specialist of the International Student Support, took part in the forum.

During plenary meetings of the summit, a wide range of questions regarding international agenda, as well as burning issues of greatest interest to Russia and African countries, were supposed to be discussed.

Within the framework of the summit, the Russia–Africa Economic Forum was held. Valeria Chachina, the South Ural State University specialist of the International Student Support, took part in the event as a guest and attended several meetings, where the matters of youth policy, social sphere and education were discussed.

“The older generation in Africa has not yet developed a special attitude towards the necessity of higher education. The goal of our university is to attract people to SUSU and help them with the study. I tried to understand what we can offer to African applicants. After all, we have partner companies that are ready to grant internships for international students.” 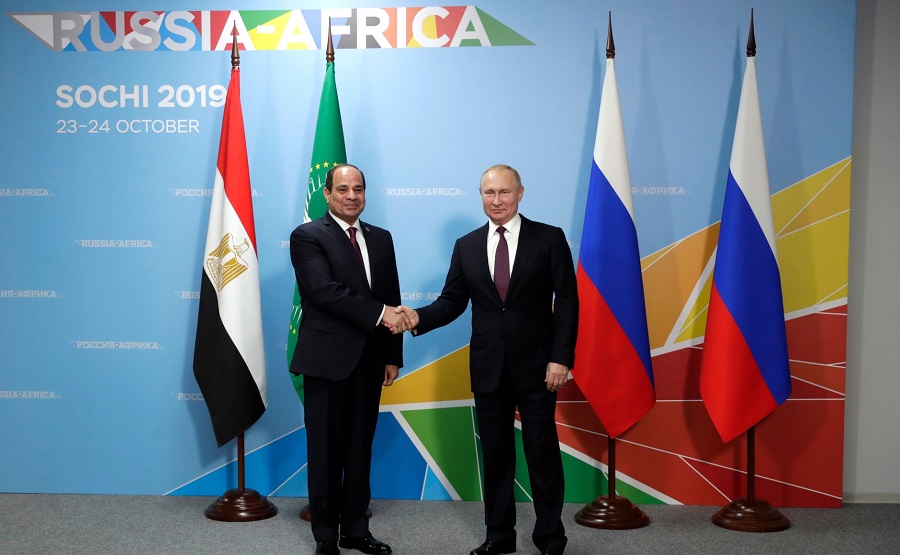 The forum became a strategically important step towards the creation of the most favourable conditions for the development of trade and economic relations between the Russian Federation and the African countries. It also helped to diversify the forms and directions of the Russian-African cooperation.

According to Valeria, the President noted that investments in the African people can be expressed through human capital. 65% of the African population are young people below 30 years old. Education should be one of the crucial investments.

Also, Valeria Chachina took part in the meeting "Russia–Africa: What’s Next?". Vladimir Chetiy, who is a partner of the South Ural State University and the president of the Global Alumni Alliance, was a moderator of the meeting.

“At the meeting, the matters of investments in projects and events, regarding the educational sphere, were discussed. Thus, Vladimir Chetiy presented Ural Fest, the event of our university, which starts November 14th. I was really glad to see that our forum is taking on such big scale,” says Valeria.

The economic forum, that was held within the framework of the Russia–Africa Summit, ended October 24th. As the President Vladimir Putin noted, the participants of the forum not only managed to maintain the accumulated experience, but also achieved new significant success.