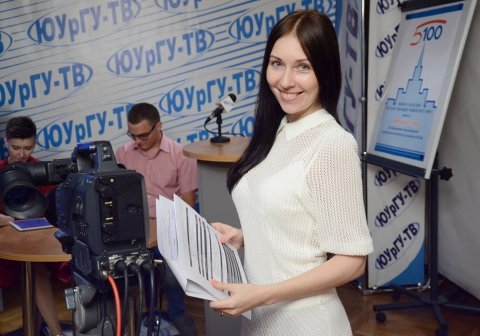 On the occasion of its 15th Anniversary, the first-in-Russia student television and radio broadcasting company gives away presents to SUSU students.

SUSU is announcing a “SUSU-TV Airing in Transmedia” creativity contest. It is dedicated to the 15th Anniversary of the television and radio broadcasting company. This contest provides a possibility for not only enhancing the interest in creativity in transmedia journalism among students, but also find the 2019 Best Student Work in the Field of the University Journalism. Students of all the SUSU schools and institutes can compete in the following categories: Best Video, Best Radio Story, Best Text, Best Photo, Best Convergent Story about SUSU-TV.

Dean of the SUSU Faculty of Journalism Liudmila Shesterkina: «Of course I wish the victory to every participant of the contest dedicated to the 15th Anniversary of our very own SUSU-TV television and radio broadcasting company. I very much hope that the attempt to tell more about this company, to share on its interesting stories, its activities for the benefit of our university, its broadcasting that covers not only our city and our region, but the whole world via Internet as well, might encourage you to create fascinating and beautiful stories and trivia. First of all, we will undoubtedly judge your stories by the interest they excite, and also by the creativity you used to make your story the best one».

The winner will be announced on December 20th at a special ceremony, where s/he will be awarded with a prize from SUSU-TV. The applications for the contest are accepted till December 10th at the television and radio broadcasting company’s official e-mail: yuurgu.tv@mail.ru.