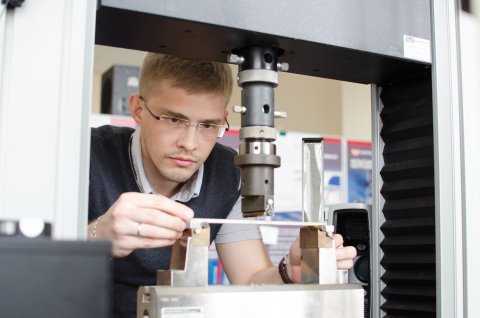 The SUSU Institute of Engineering and Technology has started to fulfil a scientific project on High Entropy Alloys under the field of Materials Science. It is in this field that our university is represented within the work of the Ural Interregional Research and Education Centre for Advanced Industrial Technology, New Materials and Power Engineering (REC), which was created in 2019 in compliance with the federal project on Developing Scientific and Research-and-production Cooperation under the Science National Project.

On October 22nd, a scientific seminar on High Entropy Alloys was held at SUSU, among the participants of which were specialists of the Institute of Metallurgy of the Ural Branch of the Russian Academy of Sciences, Yekaterinburg.

In their reports, the seminar participants, Professors, Doctor of Sciences (Physics and Mathematics) Sergey Ruschitsa and Doctor of Sciences (Chemistry) Evgeny Trofimov (SUSU), analysed the multiple studies held over the recent years in Russia and abroad. It was noted that there is a growing interest to this topic and big number of publications around the world, what is related to the possibility of their practical use to engineer new materials. The speakers suggested the most promising fields of research on high entropy alloys, and some of those are already being fulfilled at SUSU and have gained support in the form of two grants from the Russian Science Foundation, with their results published in scientific journals.

The reports by Candidate of Sciences (Physics and Mathematics) Roman Ryltsev and Candidate of Sciences (Physics and Mathematics) Sergey Uporov (Institute of Metallurgy of the Ural Branch of the Russian Academy of Sciences, Yekaterinburg) presented the results of the experimental research on high entropy alloys, including on bulk amorphous alloys, and described the functional properties of these alloys and the possibilities for their use.

The SUSU Vice-Rector for Research Aleksandr Diakonov gave the summary of the seminar. He thanked all the participants for their work at the seminar, and called for close bilateral collaboration and coordination of efforts in order to improve the scientific research efficiency.