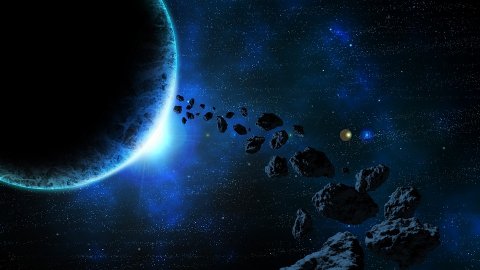 Young researchers are actively involved in the scientific and innovative activities of South Ural State University. As part of the Russian Academic Excellence Project 5-100, the Asteroid Youth Design Bureau was opened at SUSU, where students are engaged in the designing of spacecrafts for landing on asteroids.

Specifics of the Youth Design Bureau

The creation of the Youth Design Bureau is related to the fulfilment of a breakthrough field in engineering: Asteroid Safety. The design bureau includes students, postgraduate students, young employees, and academic staff of two structural divisions of the university: the Faculty of Aerospace Engineering of the Institute of Engineering and Technology, and the Department of Automatic Control Systems of the School of Electronic Engineering and Computer Science.

The design bureau works in the following fields: designing of spacecraft construction and of spacecraft engines, testing of spacecraft systems, and electrical equipment and onboard control circuits of spacecraft. To work in these fields, separate groups were created under the supervision of leading young teachers and staff of the divisions.

The design bureau will create 5 versions of a spacecraft, each of which will pass through all of the stages of development, which according to GOST standards include the following:

The final stage ends with testing of a prototype.

This year, the team of the Youth Design Bureau is completing the technical proposal stage, and they plan on beginning the sketch design of the spacecraft next year.

The Youth Design Bureau is also involved in work within the Ural Region Research and Education Centre international project on Advanced Industrial Technology, New Materials and Power Engineering. As part of the group, which is responsible for the rocket and space technologies, SUSU presented the project on Rocket and Space Complex with a Fully-reusable Launch Vehicle and a Multipurpose Space Platform.

Besides the Institute of Engineering and Technology and the School of Electronic Engineering and Computer Science, the team of the project presentation includes specialists from the SUSU School of Economics and Management, and representatives of R&DIME, Nizhnyaya Salda, and Academician V.P. Makeyev State Rocket Centre, Miass.

“We prepared a project which includes a fully reusable single-stage launch vehicle and a multi-purpose space platform, which will also accommodate the spacecraft so that it can land on an asteroid. This project was supported at a strategic session in June 2019 in Yekaterinburg, and the heads of industrial partner-organizations of the project supported it,” said the head of the project team, Director of the Institute of Engineering and Technology Sergey Vaulin.

To further fulfil the project, the SUSU Youth Design Bureau opened two new fields of study, in which the team will work on designing the launch vehicle and multi-purpose space platform.

Role of the Youth Design Bureau in Training Specialists

One important factor of the Youth Design Bureau is that it is built into the academic programme for SUSU engineering students. Practically all of the students who are involved in the design bureau go through the project-based training system.

Students of the first and second years of study at the Faculty of Aerospace Engineering of the Institute of Engineering Technology and the Department of Automated Control Systems of the School of Electronic Engineering and Computer Science who are in the elite training groups gain additional theoretical knowledge and competencies, which are necessary for their future project-based learning.

So, the Asteroid Youth Design Bureau makes it possible to solve academic tasks and complete research and development of real products for the aerospace industry.