Professor Tseilikman Talked about Stress at an International Congress 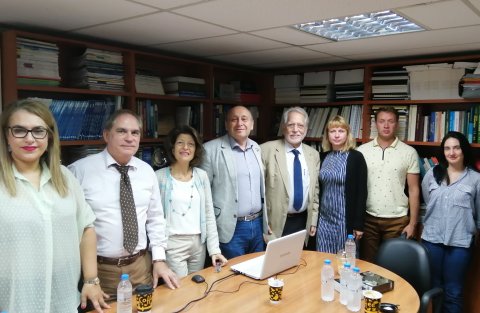 An International Congress on Neuropsychopharmacology was held in Athens. Among the participants was Director of the SUSU School of Medical Biology, Doctor of Sciences (Medicine), Professor Vadim Tseilikman. The report on the after-effects of stress by this scientist from Chelyabinsk captured interest of his foreign colleagues thanks to innovative approaches and the obtained results.

“This forum has been very important for me, since I had a chance not only to learn about the achievements of my colleagues, but also share the results of my own research studies in this field,” shares Vadim Tseilikman. “My visit to Athens coincided with a date of much importance for me – Birthday Anniversary of one of my mentors, Head of the Department of Biochemistry of Chelyabinsk Medical Institute, Professor Roman Lifshits. On October 6th, he would have turned 90. On that day I delivered a lecture on the achievements by the research team of the SUSU School of Medical Biology. I dedicated my speech to the memory of that man.”

The research team of Vadim Tseilikman comprises Director of the SUSU Biomedical Technologies Research and Education Centre, Doctor of Sciences (Medicine), Professor Olga Tseilikman, as well as senior research fellows of the Advanced Research on Molecular Mechanisms of Stress Laboratory of the Biomedical Technologies Research and Education Centre, Candidates of Sciences (Biology) Maria Komelkova and Maksim Lapshin. At the congress, Vadim Tseilikman talked about the problem of the mechanisms of development of posttraumatic stress disorders.

“We have been studying this problem for quite some time now, and our research results have already been published in the leading top-rated journals,” comments Vadim Tseilikman. “Meanwhile, the report focused on our innovative approaches related to predicting the outcomes of psychological traumas. Among people at risk with regard to such traumas, there are those who will end up with posttraumatic syndromes; but also, there are those who will avoid it despite the severity of their traumas. And since the effects of the posttraumatic stress disorders syndrome are often delayed (occur long time after the stressful situation), an issue arises: ‘Is it possible to prevent PTSD from developing?’.” 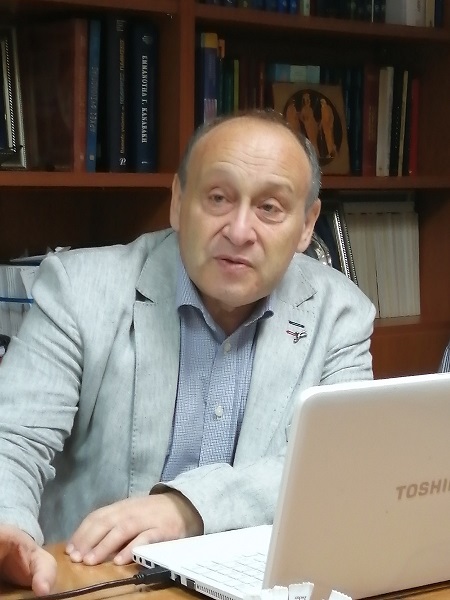 This forecast is very important, and the SUSU scientists have tried simulate the possible variants in their experimental research through using certain pharmacological tests. With their help, animals were divided into separate groups, and the scientists were observing, in which groups the exposure to stress would end in a PTSD. According to Vadim Tseilikman, the foreign colleagues demonstrated great interest in the results obtained by the scientists from Chelyabinsk.

“I’m happy that we’ve managed to hold such an informative seminar. Our discussions were really heated. Moreover, I’ve heard many helpful recommendations related to further research. We have received a new impulse for our work. We would like to translate the data from our experimental research in to the clinical sphere. We would very much wish that practical medicine could already be in command of similar methods of making forecasts for people. But our team alone would not be able to complete a research of such scale. We need to closely collaborate with physicians, and it will take many years to do that, I think.”

I am sure that further experiments will allow to understand the nature of being at risk in terms of stress, and of being resistant to PTSD. These experiments will focus on the interaction between brain and liver on the conditions of stress. It is no secret for anybody, that liver’s functioning is disturbed in case of stress. However, it has not been clear as of yet in terms of how brain activity is affected by it. Our laboratory has obtained preliminary results in this regard. These are described in a review-paper in Stress journal.

Within the frameworks of the congress, there were also scientific internships and seminars, which were organized by one of the outstanding stress researchers, Professor of University of Athens George Chrousos (Hirsch index = 185). He is member of the editorial boards in a number of top scientific journals, the impact factor of which is close to ten. This scientist was especially interested in the studies by the Chelyabinsk researchers. Before his departure from Athens, Professor Tseilikman together with Professor Chrousos began working on their joint article on stress.

This will be the beginning of the friendship and collaboration between SUSU and the laboratory of Professor Chrousos. We hope that this international collaboration will lead to important scientific results of the global level.