Qualifying Round of the World Programming Championship Held at SUSU 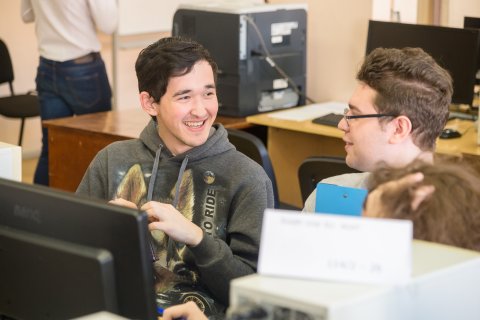 The qualifying round of the quarterfinal of the 2019-2020 Student Team World Programming Championship has been held at SUSU. 46 teams, 40 of which represented South Ural State University, participated in the contest at our university.

The Student Team World Programming Championship is an annual, multi-level event, in which students from higher education institutions take part.

"The World Programming Championship is the most prestigious competition in the field of programming. It is impossible to achieve high results without quality education. Students should have experience in writing programs, have mathematical background training, be able to create effective algorithms, be able to solve non-standard problems, and be able to work in a team. Therefore, participation in the World Programming Championship is great practical training for future successful programmers, and high results demonstrate the quality of student education." 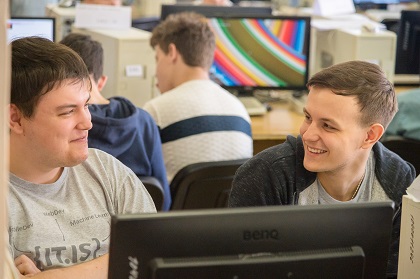 Senior researcher of the Department of System Programming of the School of Electronic Engineering and Computer Science, Associate Professor, and programmer of the SUSU Centre of Olympiad Training Valentin Golodov spoke about what tasks the participants will complete at the championship:

“The tasks are designated for students with knowledge and skills in programming languages and mathematics. The participants will complete different tasks at various levels of complexity. It’s very important for participants to quickly formalize the tasks, determine their difficulty, allocate team resources, and solve the tasks as quickly as possible and in as few attempts as possible.” 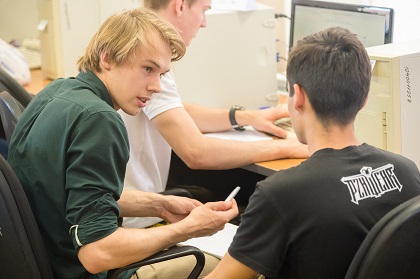 A fourth-year student of the School of Electronic Engineering and Computer Science Konstantin Sitnikov is a participant of the team, which successfully entered the main round of the quarterfinal. Konstantin noted that participating in the championship is a great opportunity to check your knowledge and get to know the other participants.

“My team and I decided to take part in the championship because we like the process of solving tasks. The most difficult thing to do was to not lose concentration and keep a fresh eye in the end of the Olympiad, when we only had little time left and we tried to complete a solution for one of the tasks. We were really happy when we found out that our team passed to the next round. Now we will keep training, try to maintain our positive attitude, and do our best in the next round.”

All of the teams who registered for the competition, no matter their results, will be awarded participation certificates. In the final, the winning team will earn prizes from sponsors and gain the opportunity to complete internships in the major IT companies in the world.