Famous Scientist from the United Kingdom, Andrew Cundy, Becomes the Leader of the Ecology Focal Area at SUSU Ecology is one of the strategic fields of South Ural State University, along with Materials Science and Digitalization. It will gain a new impetus in its development thanks to active collaboration with a new member of the SUSU International Scientific Council, Professor of University of Southampton, United Kingdom, Andrew Cundy, who kindly accepted the proposal to head the work of our university in this field.

South Ural State University takes part in the work of the World-class Ural Region Research and Education Centre for Advanced Industrial Technology, New Materials and Power Engineering. Within the frameworks of the work by the Ural Region Research and Education Centre, a number of scientific projects are being fulfilled at SUSU, which reflect the strategy of the university’s development in the following focal areas: Digitalization; Materials Science; Rocket and Space Equipment; and Ecology. Several research teams of our university are working on the ecological projects.

Professor Cundy is one of the world’s leading specialists in ecology, Director of Internationalization in Ocean and Earth Science of the National Oceanography Centre, Southampton, United Kingdom. He has more than 25 years of experience in research and consulting in the field of water and land resources, environmental radioactivity, radiochemistry, ecological geology, polluted lands, wastes, and water resources management, environmental monitoring, nanoscience and nanotechnology, designing new materials to be used in environment protection and engineering. 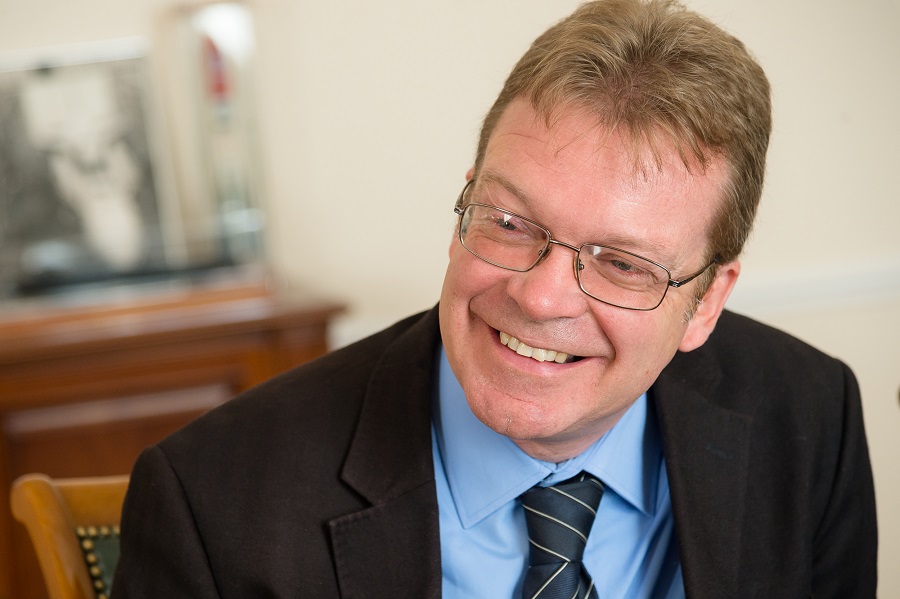 The has become the first visit by the scientist to SUSU and to Russia, following personal invitation by Rector Aleksandr Shestakov. Here is the assessment that he gave to our university’s development.

“SUSU has huge potential to conduct research in this field. I’m very happy that as a member of the SUSU International Scientific Council I can enjoy the opportunity to work with the university’s leadership and scientists. My primary interest lies in the collaboration aiming at conducting joint research and publishing the materials on the ecological issues in scientific journals, as well as assisting the university in improving its degree of presence in this field. I’m confident that together we will be able to develop research studies and educational programmes in the field of ecology and environment protection. The international collaboration and new international projects will be beneficial both for the Chelyabinsk Region and for the whole world. I would like SUSU to build a reputation of a university in command of an expertise in solving ecological problems. I’ve enjoyed my stay here, I’m really impressed and feel at home,” shared Andrew Cundy. 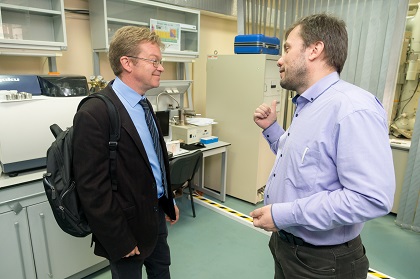 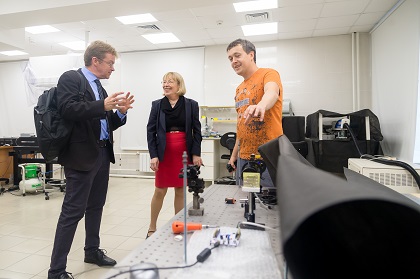 The key goal of the first official visit by Professor Cundy was to meet the university leadership and scientists. They held a presentation of the scientific ecological projects. Andrew Cundy was presented projects on the sub-fields of Clean Air; Clean Water; and Developing a Technology of Solid Waste Recycling, as well as cross-disciplinary projects in the field of ecology and materials science. Professor also met with directors of the schools and institutes, and deans of faculties, with whom he had detailed discussions on the projects and possibilities of their development.

“We wanted to obtain an expert assessment of our research and determine the vectors for further development of the promising studies in ecology. We would like to specifically mention the Ecomonitor project, which started in the end of the last year. This project is currently being fulfilled jointly with Emerson. The prospects look good for the industrial implementation at a number of enterprises across the Russian Federation. The projects on recycling of solid domestic and industrial waste, and this especially refers to the metallurgy sector enterprises, have already been fulfilled for several year now, so we wanted to check how these could be developed with regard to modern requirements to ecological safety,” stressed the meeting moderator, Vice-Rector for Research Aleksandr Diakonov.

Having learned more about the SUSU’s scientific developments, Professor Cundy noted that SUSU is carrying out a very important work, both in the monitoring the environment quality within the city and in the adjacent territories, and in engineering devices and substances (sorbing agents and photocatalysts) for natural and industrial waters treatment.

This topic was also touched upon by the Professor in his lecture on searching for efficient solutions to ecological problems. In his report to the SUSU academic staff and students, Professor Cundy presented the results of the research aimed among other things as designing of new materials to be used in environment protection and engineering. The visit of Professor Cundy resulted in reaching a preliminary agreement on holding a conference on ecological issues by SUSU jointly with University of Southampton in Chelyabinsk.

“We have managed to reach an agreement on holding a joint international conference, which will attract attention to the Chelyabinsk Region’s ecological problems not only in Russia, but in the world community as well. Professor Cundy has expressed his willingness to help with the organization of this conference. It will be held with the support from the Embassy of the United Kingdom in Ekaterinburg and from other official representation offices. It’s a good start and a truly efficient beginning of work being done by our university in this strategic field; and we hope to begin actively fulfilling joint projects in the nearest future,” stressed the SUSU Vice-Rector for International Relations Olga Yaroshenko.

An agreement on the creation of the Research and Education Centre with the participation from the Sverdlovsk, Chelyabinsk and Kurgan regions was signed INNOPROM International Industrial Exhibition in July. By the present moment, it has been joined by such universities as: South Ural State University, Chelyabinsk; Ural Federal University; Ural State Law University; Ural State Mining University, Ekaterinburg; and Kurgan State University. The Research and Education Centre is created in compliance with the federal project on Developing Scientific and Research-and-production Cooperation under the Science National Project, which provides for the opening of 15 world-class research and education centres in Russian within the period of six years.