Experts Tell SUSU Students about What “Knowledge of Politics” Is, and How to Apply it in Practice 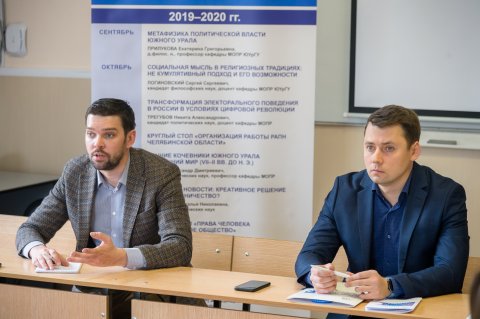 A round table on “Knowledge of Politics: How to Obtain it, and Where Can it Be Applied?” was held at South Ural State University. The event was organized by the Department of International Relations, Politology and Regional Studies of the Institute of Linguistics and International Communications, and the Council of Young Political Scientists of the Russian Political Science Association.

The round table was devoted to discussing the meanings that are assigned to the concept of “knowledge of politics”, and searching for the most accurate one among them. During the meeting, the participants raised questions on obtaining information and methods of processing it that affect the formation of knowledge about politics, problems and opportunities for the exchange of new knowledge between political scientists, as well as prospects for applying knowledge of politics in professional activities.

Ilya Pomiguev, member of the Board of the Russian Political Science Association, who opened the round table, noted that the ideas expressed at the meeting will become material for a large-scale research project aimed at studying the phenomenon of “knowledge of politics” and the perception of the political scientist profession in the modern world. This event is part of a series of round tables that take place in 20 regions of our country and 8 federal districts. In total, about 500 people are participating in the project.

“These round tables are part of a more global project that is studying the scientific networks of young political scientists. Here we use an approach in which the most important thing is the interaction itself, the communication between colleagues. To evaluate it, you need to determine the goals of this interaction. If we are talking about political networks, then the goal is power; but when studying the scientific networks of young political scientists, there should be another resource that we exchange. Our hypothesis is that this is actually knowledge of politics as such. The problem is that when discussing this issue, it turns out that each specialist has a different idea of what “knowledge of politics” is. We decided that the best option for finding a common idea is to ask those who study political science and work as political scientists.” 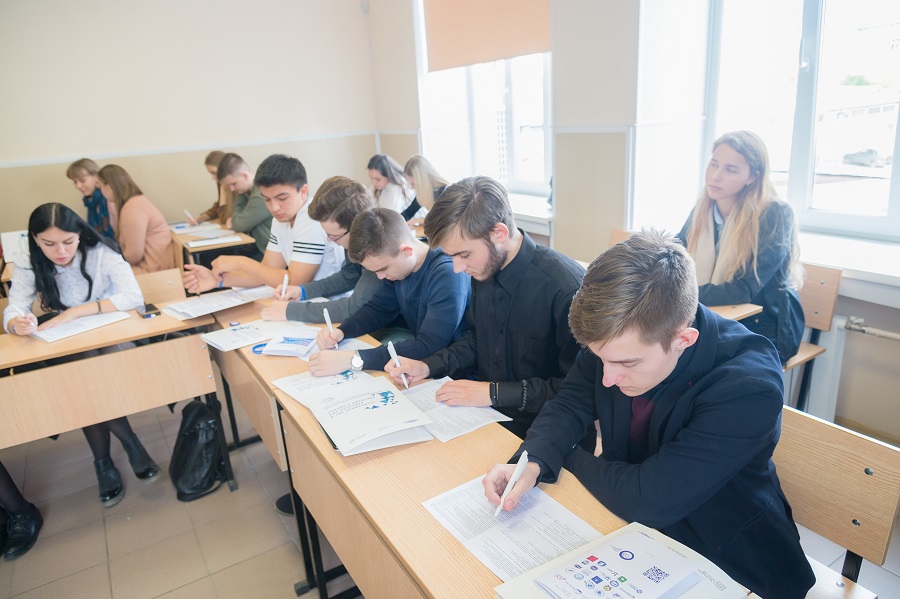 Speakers and participants of the round table included representatives of the current regional authorities; public figures; Doctors and Candidates of Science in Philosophy, Politics, and Psychology; and students of various fields of study at the Institute of Linguistics and International Communications. Reports were presented on traditions and innovations in political science, scientific networking, political epistemology, knowledge of politics in the context of public and private management, as well as on the types of activities of political scientists.

“Such events are always lively; here, students can understand that what they are studying at university is not just a theory. The experts with whom they met at the round table can show them prospects for the further development of professional activity by discussing their own experience, what largely motivates students. Moreover, this is a great opportunity for experts and representatives of the political scientist profession to discuss the existing problems they are facing, to look at them from a new angle,” noted Maksim Gutenev, Chairman of the Chelyabinsk Regional Branch of the Russian Association of Political Science, Associate Professor of the Department of International Relations, Politology and Regional Studies. 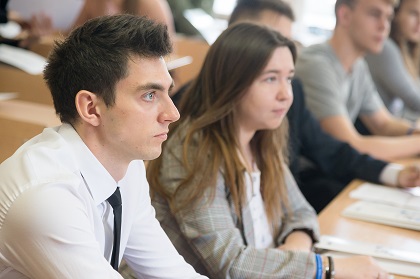 Students learned that a specialist in the field of political science can develop academically, become a "craftsman" (for example, a political strategist), or take an independent position as a political consultant or expert. At the same time, to develop in a professional environment, it is necessary to be able to establish contacts with colleagues, which is especially important in the scientific environment, since it allows you to exchange information and quickly navigate the current trends in global and regional political development. Participants of the round table noted that such meetings make it possible to learn many new things and make acquaintances with future colleagues who can provide useful recommendations for their professional future.

Svetlana Lukmanova, student of the Institute of Linguistics and International Communications: "For me, such events are a novelty, because I am only in the first year of my studies. I’ve recently learned about the Russian Political Science Association, and I found its activities very interesting. I liked the openness of the speakers and their willingness to cooperate; it's great when you can communicate with someone who wants to share their knowledge. I hope to work in politics in the future, because I love my country and want to be involved in its history."

At the end of the round table, the participants were awarded certificates and handouts by the Council of Young Political Scientists of the RPSA. In the future, the speakers’ presentations will be released in a publication included in the Russian Science Citation Index.

Joint projects between the Department of International Relations, Politology and Regional Studies and the Russian Political Science Association will be held in the form of open lectures and round tables, on a monthly basis.