“Beautiful, Ergonomic and Useful”: SUSU Students Got a New Space for Study and Leisure 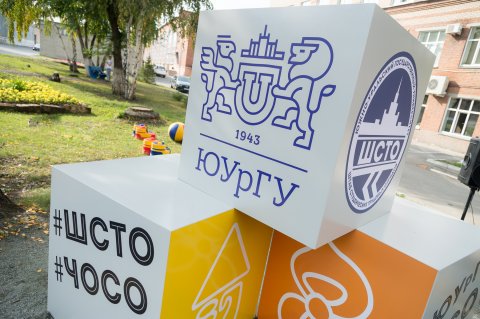 Creation of the new loft style location near the laboratory building of SUSU was dedicated to the 60th anniversary of Russian Student Unions. Beautification of the territory was conducted at participation of recruits from the Headquarter of Student Labor Unions together with the SUSU Estates and Facilities Department. Students with their own hands crafted benches made of pallets, and painted barrels which can serve as working zones.

As noted by the Rector Aleksandr Shestakov, opening of the new outdoor student lounge has become another step towards beautification of the university, which started this academic year with presentation of the graffiti at the SUSU Student Centre.

“With this project, we continued a good tradition of the university beautification. Creating this location required efforts from many subdivisions, but the important thing is that here we have the effort of students themselves. They proposed an initiative to make the inner yard of our university more beautiful, ergonomic and useful. I hope that this place will come in handy and be used to generate new ideas, make new friends and start relationships, and students will come here to communicate and spend time together. I congratulate you all on the fact that we started doing this deed in an innovative, good and funny way, and I suggest us to keep it going!” 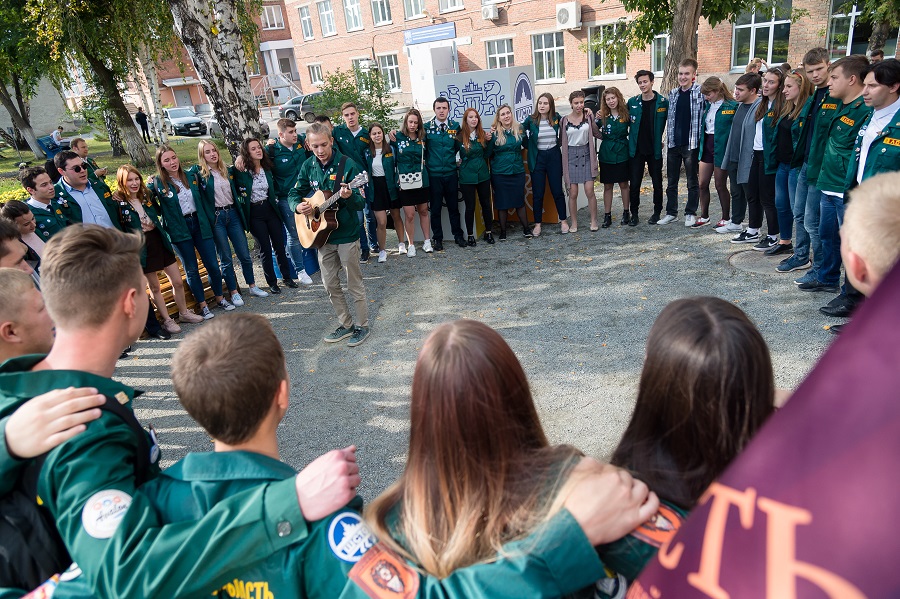 The event also featured the Commander of the Chelyabinsk regional division of Russian Student Unions, Yury Boldyrev. He congratulated SUSU leadership and students on the opening of the outdoor student lounge and noted that it might become the place of attraction for students.

“It is very precious when leadership of the university truly shares students’ ideas and is ready to assist in their implementation. There is an extremely small number of such loft spaces for students in Russia, and it is great that one of them appeared in Chelyabinsk, namely at SUSU. The fact that this happened in the jubilee year, when the movement of Russian Student Unions is celebrating its 60th anniversary, is very significant. Chelyabinsk Regional Student Union has quite serious plans and sufficient accomplishments thanks to the huge contribution of SUSU and students of the university. Now we need to fill this space with ideas and emotions so that it would really become more cozy and comfortable. Such projects is another proof of the fact that labor is cool.” 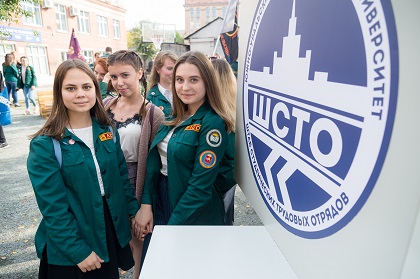 The central element of the location is a geometric art object created by the Mechanical Engineering Research and Education Centre. According to the commander of the SUSU Headquarter of Student Labor Unions, Maksim Zolotov, it symbolizes the idea of inseparability of student labor movement and the university.

“It took us a while to think up of what to do for our alma mater, and we decided to create this place so that all students could see that SUSU has the Headquarter of Student Labor Unions, and joined us. The key element of this location is the art object which reflects interrelation of the HSLU with the entire university and the movement of Russian Student Unions. The art object consists of three cubes whose surfaces depict the logos of SUSU, RSU, HSLU and even our hashtags. We started constructing the location back in April with about one hundred people taking part in the process.”

Projects on SUSU makeover are supervised by the SUSU Vice-Rector for Student Affairs, Vyacheslav Burmatov, who noted that the opening of new locations is just the beginning, and several more interesting art projects are to be implemented at the university this year.

“I hope that we will revitalize this space and start exploring the adjacent territory. We have grandiose plans and several more initiatives regarding both the outer territory and the inside of SUSU academic buildings. Recently, we opened an art object near the 8th dormitory where international students reside. We hope that this as well will encourage students from other countries to come to our university. Also in the nearest future, we are planning to refine the space in 3B building near the Student Council at the School of Electronic Engineering and Computer Science.”

The event continued at a Trade Union Picnic organised by the SUSU Trade Union Committee: students took part in a master class on making bookmarks, greeting cards and stitching, enjoyed acrobalance performed by participants of Katalitsa project, and watched short films created by the community of Chelyabinsk cinematographers.

Let us note that last academic year The House of Volunteers 2020 student centre used for extracurricular activities was established at SUSU together with several student lounges inside the academic buildings.