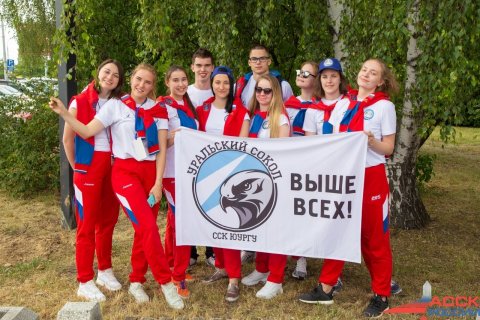 On August 10th, Physical Culturist Day is celebrated in Russia, a holiday for athletes and all those adhering to healthy lifestyle. South Ural State University pays much attention to sports and physical education. For a long time now, Uralsky Sokol (Ural Falcon) Sports Club has been functioning at the university, the members of which have gained many victories.

Uralsky Sokol is a student sports club, which organizes sporting events initiated by South Ural State University both within our region and at the all-Russian scale. Uralsky Sokol is part of a big Association of Russian Student Sports Clubs, which includes over 300 university-based clubs across our whole country. The sports club’s main goal task is organizing and managing sporting and mass participation events and competitions for students. Ekaterina Kalugina, Chairperson of Uralsky Sokol Student Sports Club, shared on the work being done by the student sports organisation.

“We’ve handled many events of the all-Russian scale. There, our students prove themselves as diverse organizers when welcoming guests from all over Russia. Naturally, we also organize events for the students of our university, for instance, the SUSU Campus Spartakiad (Dorm Olympics), which is held every year and comprises 15 different sports sections.”

Every year, SUSU holds the Association of Russian Student Sports Clubs Championships in five sports sections, where students can participate both individually (in the chess tournament or table tennis) and as part of a team (playing football, volleyball or 3x3 basketball). Following the Championships rules, anyone willing can put a team together and take part in the tournament. The teams, who win the intra-university competitions, pass to the next round where they compete with other university teams from all over Russia.

“Last season, our athletes went to the all-Russian finals of the Association of Russian Student Sports Clubs Championships, which was held in Kazan. The men’s basketball team too the first place, and the men’s volleyball team – the third place. We’re very happy that our athletes perform successfully and gladly help them in achieving high results and improving them year after year,” commented Ekaterina Kalugina. Any student can join the Uralsky Sokol Sports Club and choose the field of activity s/he likes:

Volunteer: the sports club regularly recruits volunteers for the help in organizing of sporting events both at the SUSU venues and beyond them.

“Quite often, big all-Russian events are held, which gather over 200 participants, and to which we try to invite as many volunteers as possible; and we regularly involve the SUSU Volunteer Centre. One could do totally different work as a volunteer at such events: help during checking into hotels, work at the sports venues, act as referee in different sports, or as a team curator,” shared Ekaterina Kalugina. 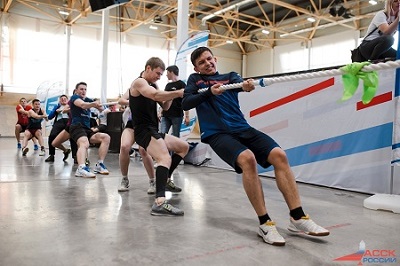 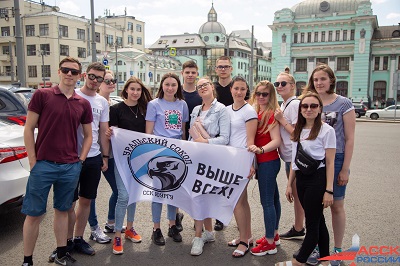 September 19th through 24th, the second in the history all-Russian student festival of GTO tests (Ready for Labour and Defence Physical Education Tests) will be held at SUSU, which is a big-scale event gathering more than 300 participants from different cities of our country. So, in September Uralsky Sokol Student Sports Club will open the registration for the volunteers in order to give a chance to students to participate in this big-scale and important sporting event.

“We’re really in a great anticipation of this festival as our team has made it to the finals and will be representing not only our university, but the whole Chelyabinsk Region as well. This time, we will not only act as the organizers, but will join the cheering audience during the competitions,” shared Ekaterina.

The main partner of Uralsky Sokol Sports Club is the Association of Russian Student Sports Clubs, which does the main support work and involves the club in the majority of the new and interesting projects, for instance, in educational programmes, such as ASSK PRO. This is a complex educational programme aiming at improving the quality of work of student sports clubs through developing the competences of their leaders and activists, which provides information on sports management, sports journalism, and organizes lectures by different mass media and speakers. The Association of Russian Student Sports Clubs also organizes sporting events, all-Russian and intra-university competitions. The club is very closely collaborating with Traktor Ice Hockey Club. The activists are always welcome in the grandstand and regularly get free passes to ice hockey matches or student discounts.

In addition, the club gets support from the Ministry of Education and the Ministry of Physical Culture and Sports of the Chelyabinsk Region, who take part and help in organizing sporting and mass participation events.

All updated information on the club’s activities is posted on VK page: https://vk.com/ural_hawk