Students of the School of Electrical Engineering and Computer Science at South Ural State University are undertaking internship at one of the largest companies working in the sphere of electronics and metrology.

ElMetro Group Company specializes in development of devices for the industry, particularly the control and measurement equipment: flowmeters, measurement of the level, pressure, temperature, etc., - everything that is needed for power engineering, oil and gas industry, and chemistry.

“20 years ago we had a laboratory within the Faculty of Instrument Engineering, where a group of SUSU scientists was working on development of electronic control devices first for a truck trailer plant, then for Teplopribor Company Group, and for Metran Industrial Group. Leadership of the Metran loved our products so much that they offered to bring our partnership to a qualitatively new level. We moved to the territory of Pribor plant, where Metran used to be located at that time, and started working as a design and engineering bureau for the big company,” says Aleksandr Zhestkov. 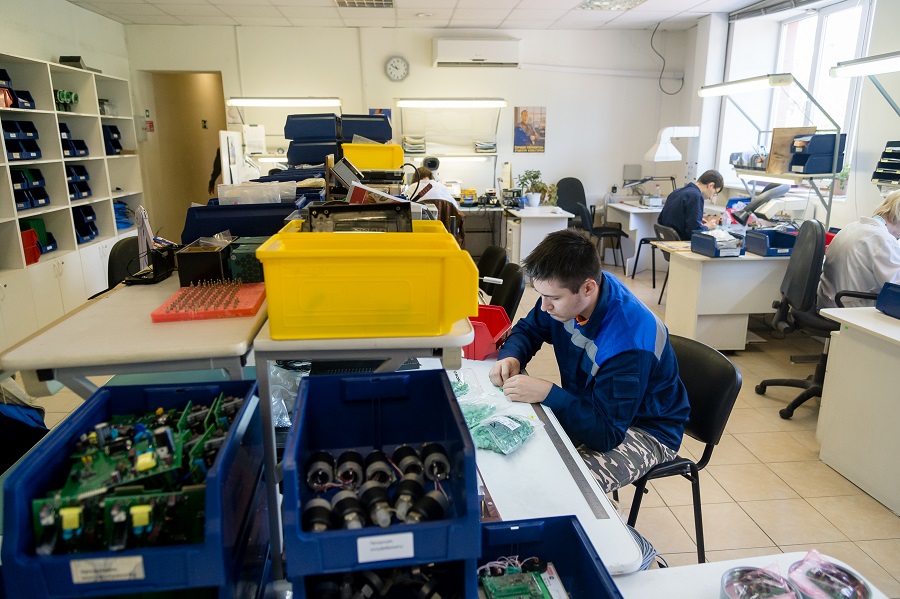 Metran Industrial Group turned out to be a progressive company for SUSU scientists. The company introduced them to a whole new field of instrument engineering, which they got engaged in with a great interest. This is how ElMetro Group Company came into existence.

Nowadays, ElMetro group every year arranges internships for students of the 2nd and the 3rd years of study majoring in the following professions: electronics engineers, programmers, design engineers and mechanical engineers. SUSU students undertake internships in various departments of the enterprise. Head of the shopfloor for electronic blocks and devices’ assembling, Konstantin Sokolov, told us about job responsibilities of interns:

“We have the complete production cycle: from manufacturing of hardware boards to manufacturing of devices themselves. When students come, they first get assigned to perform simple machine-assembly operations where we can watch the way a person regards one’s job and how responsible he or she is. Then we assign them for another job and try to let them work at every job site as it is important to show them the entire production cycle so that they understood whether they like this job,” assures Konstantin Sokolov.

Regarding the fact that interns are students of different years of study, they get assignments depending on what they know and can do, the knowledge background that they have. In their turn, internship supervisors identify skillful students. If students like what they are doing in the process of internship and they prove themselves from their very best, the company offers them further employment upon a contract.

“Previously, we visited here on an excursion upon recommendation of a lecturer from our Department. I liked the enterprise so I decided to undertake an internship here. This work is not difficult for me: I am testing this hardware board’s operability. Starting from this year’s August, I am planning to get a part-time job here on a contract,” says a 3rd-year student of the Department of Radio Electronic Systems and Complexes at the School of Electrical Engineering and Computer Science, Aleksandr Sokolov. 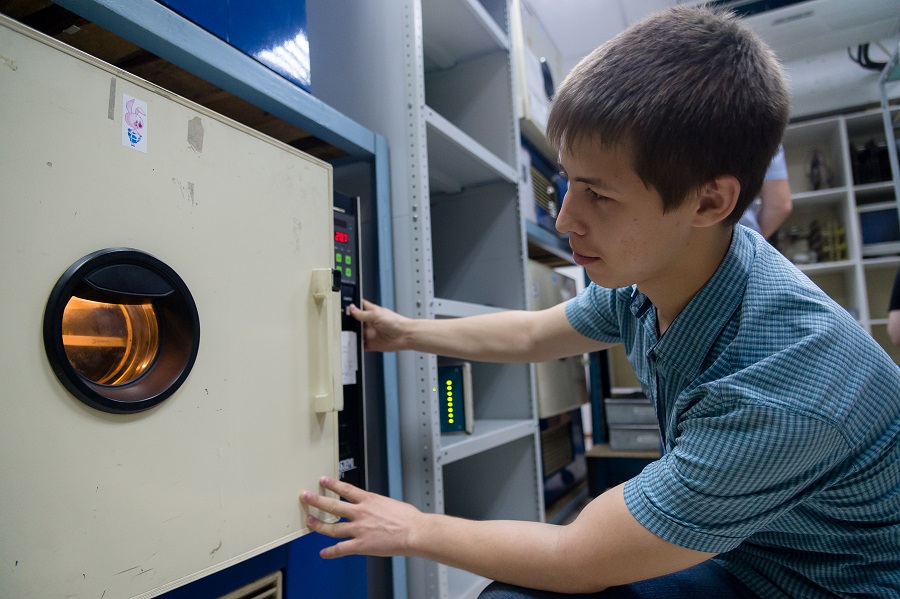 Another department which SUSU students are undertaking internship in is the department for engineering and service testing headed by Yury Komin, who had been teaching at the Faculty of Instrument Engineering for many years. The department performs several types of operations: it carries out repair of devices produced by the enterprise, conducts periodic testing as well as tests upon requests from engineers working in other departments of the enterprise.

“A student undertaking internship in our department performs all the types of these operations. We try to provide different workload, from simple assignments to research,” says Yury Komin. 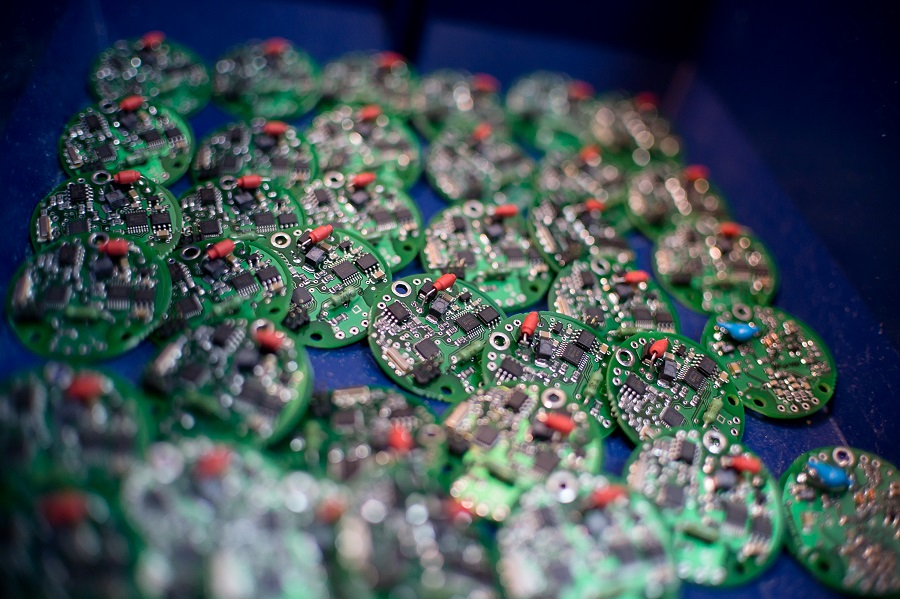 For a 3rd-year student majoring in Instrument Engineering, Denis Pryanichnikov, this is the second time of undertaking an internship at the enterprise. He assures that in the course of his study he heard about the company for many times as of an enterprise leading in the sphere of instrument engineering, and this is exactly why he decided to acquire professional competencies here.

“In 2018, my internship was mostly introductory. This time, I am working with the new equipment: I get handed a device, check its functionality, and write a summary. Sometimes the quality of a device’s functional operation needs to be checked.”

According to the student, upon completion of his Bachelor’s studies, he is planning to get enrolled at SUSU for getting a Master’s degree and simultaneously work in ElMetro Group upon a contract.

Let us note that nowadays the enterprise has about 170 employees, 70% of whom are SUSU alumni. In their time, leading specialists of the company had been attending the lectures of the scientists who founded the enterprise.