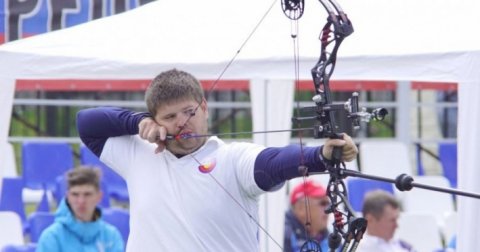 The World Summer Universiade finished in Italian city of Napoli. National Team Russia included seven athletes from the Chelyabinsk region, including a student of the Institute of Sport, Tourism and Service at South Ural State University, Anton Bulaev.

More than eight thousand athletes from 150 countries took part in the 30th Summer Universiade. They competed for 222 sets of awards in 18 sports.

Team Russia took the second place in the team event. Athletes from the Urals contributed to the team’s accomplishment as well: they took one golden and five bronze medals.

Representatives of the Chelyabinsk region were victorious in such disciplines as archery, water polo and table tennis. Student of the SUSU Institute of Sport, Tourism and Service, Anton Bulaev, proved his high level of mastery, having become the champion in Compound Bow competition.

“Before the competition, I decided to take a risk and use a new bow, and I have no regrets about it!” texted Anton Bulaev. “In the semi-final, I competed against an athlete from Poland and hit 148 versus 146 in my favour. In the golden final, the competition was even more intense; I competed against an athlete from Turkey, we both hit 147 points, and the winner was determined in a shoot-off. I hit almost the very center X against 10. The competition was quite stressful, it was windy, but difficulties only make us stronger. This golden medal was hard to achieve; there were leaders, and it was essential to fight till the end. The major emotion that I’ve felt was satisfaction. I fulfilled the set goal and duly represented my home university.”

Let us note that the World Summer Universiade 2023 is to be held in yekaterinurg. This decision was announced on July 2 at a meeting of the executive Committee held in Napoli. Therefore, this will be the second time for Russia to host the summer student games.