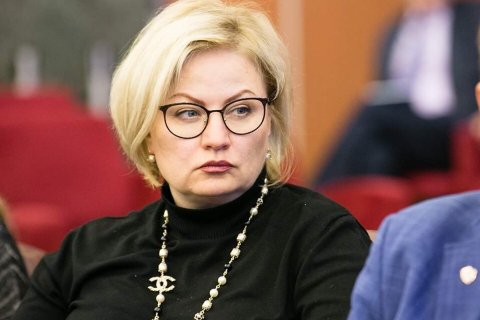 Acting Director of the Institute of Law of South Ural State University Elena Titova has been included into the Federation Council’s Working Group on Legislative Support of Digital Economy.

Early in July, Elena Tirova, Acting Director of the Institute of Law of South Ural State University was included into the Working Group on the Issues of Legislative Support of Digital Economy of the Russian Federation at the Council for Digital Economy Development at the Federation Council of the Russian Federation Federal Assembly. The relevant notification had been sent to the Institute of Law as signed by Mrs Bokova, First Deputy Chairperson of the Federation Council’s Committee for Constitutional Legislation and State Construction.

According to the Provision on the Council for Digital Economy Development at the Federation Council, one of the Council’s main tasks is elaborating the recommendations on improving the legislation in the field of digital economy development. Namely to solve this task, a special working group had been created. In the nearest future, this group will have to perform a complex analysis of the legislative support of the digital economy development with consideration to deadlines of preparing legislative acts for this field scheduled by the Russian Federation Government.

“This task is quite an ambitious one as we will have to not only come up with some recommendations, but also provide for their complete elaboration, both with the sector representatives and with the representatives of the industry regulator, and find the optimal balance of their interests, as well as weighed and efficient solutions. In this context I’d like to note that the Institute of Law is in command of quite good competences for the fulfilment of the set task. Currently, we’re actively working on the project on LegalTech. Legal Regulation of Robotics and Artificial Intelligence, and the accumulated groundwork could be of help for the activities of the Federation Council’s Working Group,” commented Elena Titova.