July 10th through 11th, attendees of the Summer School on Asteroid Safety were working on completion of their spacecraft. Connecting all details, installing the electronic part and preparing a presentation became the final touches before the final day.

Wednesday and Thursday passed in working over the group project. The main assignment of attendees was to finish their model of a spacecraft, namely to complete assembling the entire structure manually.

Assistant of the Department of Aircraft Engines of the SUSU Institute of Engineering and Technology, Valery Bogdanov, noted that students have the opportunity to fix the mistakes that they might have committed at the stage of development.

“It is quite possible that students might have committed mistakes or the printer could perform low-quality sintering; therefore, within the final days the guys have a chance to assemble the structure and see what needs to be fixed. By the end of Thursday, they need to have a completely finished foundation for testing.” 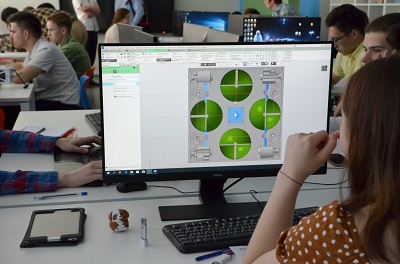 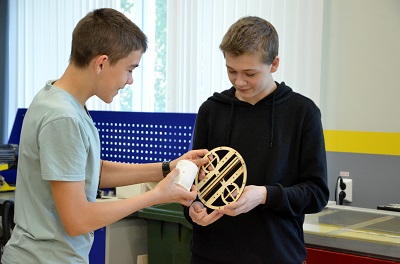 As we know, it is not only a 3D printer used to produce the spacecraft. Elements of the frame get cut out of plywood using laser beam machines. Students needed to choose plywood of a certain thickness and put it into the machine. In its turn, the correctly selected power mode and speed of the laser allowed cutting out necessary details quickly and qualitatively.

“Program forming takes place according to coordinates x and y; at that, there might be multiple points, and the laser precisely cuts out every one of them in the process of operation. We adjust the laser’s operation depending on material: glass, wood, cardboard, plywood and leather. Also, the laser machine allows for not just cutting but also burning out,” says employee of Quantorium Children’s Technology Park, Igor Dichev. The final day before testing was dedicated to assembling and setting the model of a spacecraft. Attendees completed this task under assistance of Associate Professor at the Department of Automatic Control Systems, Viktor Sadov. He told students about the control compartment, in which sensors and the controller of connection with a computer must be placed. Using this device, teams will be able to successfully perform testing.

“The task of the guys is to test their model on a test bed, namely to land the spacecraft on an asteroid with a minimal jettison. For that, they need the minimal mass and correct placement of engines. The thing is, there is no force of gravity on an asteroid, and if a spacecraft bounces off the moon in the course of landing, it is more likely to never return. Our goal is to land, freeze and not to move,” says Viktor Sadov.

For attendees, assembling the spacecraft model and test it on a drop test bed is only half a deal; the second half includes presentation of a project on propulsion system of the spacecraft theoretically.

“The guys should prepare calculations and start formatting their presentations which are to be presented for evaluation by the jury by Friday. Attendees will need to present a 3D model, provide a brief characteristic of its specificities, explain the placement of the engine and fuel tanks, and substantiate all this with their calculations,” said Valery Bogdanov.

Also, Valery Bogdanov assures that decoration and creativity of presentations are not less important, as well as the ability to pass the idea on to the audience. A student of the SUSU Institute of Engineering and Technology, Vitaly Moroz, noted that the model of a spacecraft of his team is ready for 80%.

“We are only to finish some minor adjustments after which we will be ready to carry out testing. We are as confident as other teams, and I think that everything is going to work out!”

Commander of the team of schoolchildren, Daniil Molodtsov, assures that his team keeps up with the senior attendees; therefore, at the end of the day, they also plan on passing to testing of their spacecraft.

“We still have some details to be printed. As soon as they are ready, all that is left to be done is to assemble the model and test it on a test bed. We will try to place the support legs differently, until we get the result that we need. The electronic component is ready, so we only need to finish our presentation!” 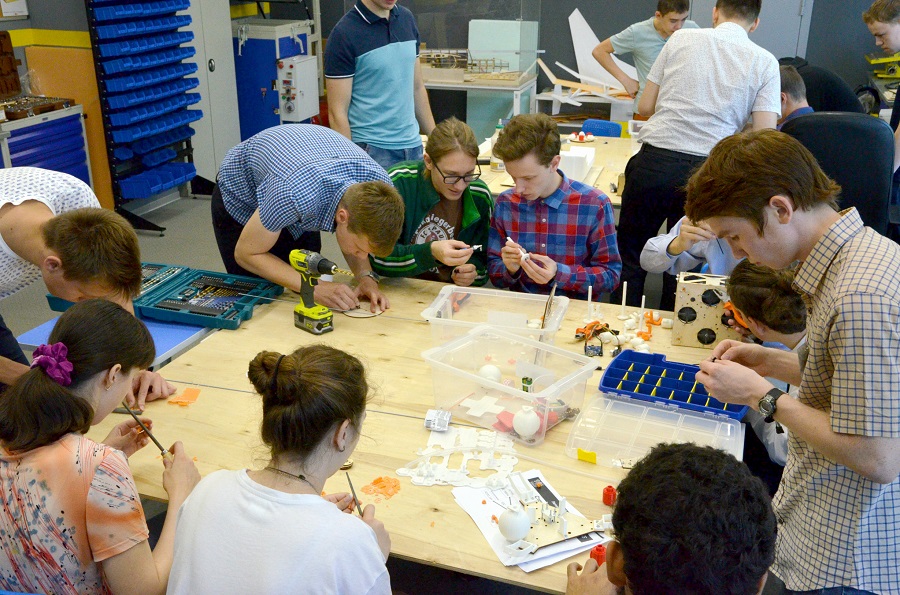 Let us remind that attendees of the Summer School on Asteroid Safety independently designed a propulsion system for a spacecraft. It is today, on July 12, that students and schoolchildren are going to conduct testing of their spacecraft, namely to launch it with the use of a drop test bed.

Marina Kovyazina; photo by the author