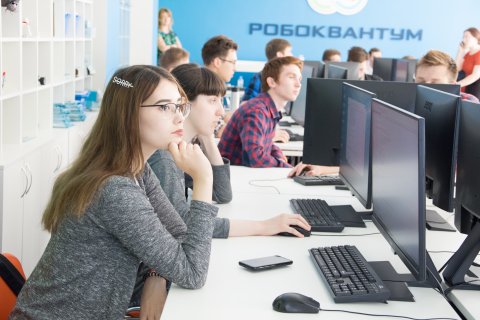 Attendees of South Ural State University’s International Summer School on Asteroid Safety are nearing the end of their work over the project of a spacecraft.

Lectures regarding inner arrangement of a spacecraft were delivered by instructors of the SUSU Institute of Engineering and Technology and the School of Electrical Engineering and Computer Science. For example, lecture of a Candidate of Sciences (Engineering), Associate Professor Dmitry Katsay was dedicated to optical and electronic systems of a spacecraft.

“Optical and electronic systems of the spacecraft under development are designated to choose the place for landing on a small celestial body, for example, an asteroid. The primary objectives in this direction are to develop an algorithm and its software implementation as well as carry out testing on real-life objects. Our students complete these tasks successfully: the software that they have developed is no less efficient than the one developed by American or Japanese scientists. It is often that submergence into this research sphere is quite difficult for students, but further on, when they can see results of their work, it becomes very interesting for them,” says Dmitry Katsay.

Lecture by a Candidate of Sciences (Engineering), Associate Professor at the Department of Aircraft Engines, Andrey Sogrin, regarded electrical equipment of a spacecraft: The second half of the day was spent by attendees of the Summer School at Quantorium. They had practical classes, within which they were to review parameters of the mechanical part of the electric drive of a spacecraft’s board equipment, as well as work on simulation of dynamic modes of operation of the spacecraft board equipment’s electric drive. In the frameworks of this activity, students and schoolchildren will acquire knowledge about the tasks set before electric equipment developers, as well as about the problems existing in this sphere.

After the practice classes, attendees of the Summer School continued working on their group projects. 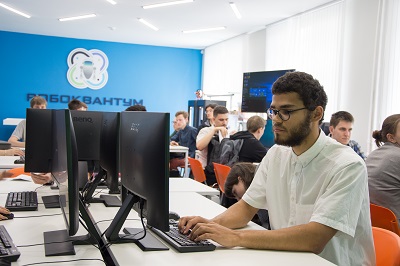 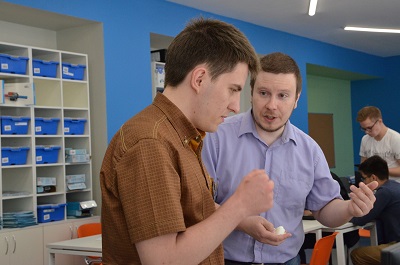 “Now we are working on a holder for the model of camera which measures distance till the object. We have already sent some parts of the holder for printing. We have a consolidated team and we work together well! I like studying at the Summer School; I can say that I am developing here. Because of a lesser experience, our team has many questions regarding invention of the model, but tutors always come to our aid: they explain everything and provide advice on how to make something in a better way,” says a 9th-grade student, Artem Hayrov, about his work on the group project.

As of today, attendees have already finished working on the design layout; every team has already sent a part of details for printing, and a 3D model has been developed. Now the attendees are to decide how to assemble the model out of the finished details.