South Ural State University has once again welcomed the world's leading scientists in the field of fundamental and computer sciences, engineering, and medicine – members of the International Scientific Council. Within the frameworks of the meetings, they were presented the SUSU's development strategy under three most relevant fields: Digital Industry; Ecology; and Materials Science.

The International Scientific Council was established at SUSU under Project 5-100 for the purpose of coordinating the university's scientific and research, and educational activity in compliance with the best world practices. Rector Aleksandr Shestakov shared on the SUSU's collaboration with industrial "giants" in digital industry, as well as voiced the tasks, which need to be solved in order to develop this field further on:

"In the field of digitalization, SUSU is actively collaborating with big industrial and metallurgical enterprises. The ideology of the digital industry development was formed largely thanks to the participation of Emerson company, for what I would like to express my gratitude to its president and Chairman of the International Scientific Council Michael Train. We are actively working with SMS Group company, as well as are fulfilling a big-scale project on implementing the digital industry technologies into production jointly with Magnitogorsk Iron & Steel Works. However, we would also like to involve partners from other sectors, for instance, from the chemical industry, so that we could develop this field on a bigger scale. We also believe that it is important to increase the number if publications on digital industry by our scientists, so that their practical research studies found its place in scientific works and in theory," stressed Aleksandr Shestakov in his speech addressed to the International Scientific Council. 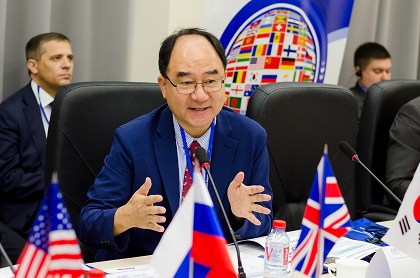 Digital industry is one of the key fields of SUSU as a SMART University of Digital Transformations, which suits the priority tasks of the scientific-and-engineering development of not just our country, but of the whole global scientific community. The strategy of developing of this field was presented by Vice-Rector for Digitalization Leonid Sokolinsky.

"This field is among the most actively developing ones in the world science, and of course, we are trying to keep up with the crucial trends. Moreover, our university is located in an industrial region and is collaborating with multiple enterprises, which are facing the task on transiting to digital industry. Therefore, they need help in the form of scientific innovations and research-and-development works. We have important developments both in the field of mathematical modelling, and in the field of creating digital twins, and supercomputer modelling." 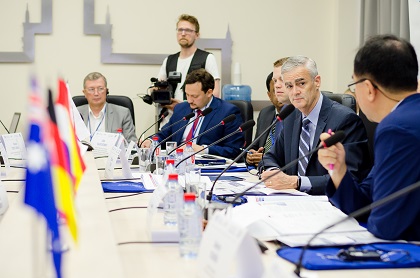 According to the SUSU's development strategy, the following digitalization fields were outlined: sensory properties of the digital industry objects, artificial intelligence, digital twins, designing based on 3D model optimization, energy saving and information security. All these technologies are already being actively implemented by the university in joint projects together with its industrial partners.

The university not only trains world-class specialists in modern technologies, it also acts as a big-scale discussion platform, where the crucial digitalization problems are touched upon. In November of 2018, a Global Smart Industry Conference was held at SUSU, where the world scientists, businessmen, and representatives of big industrial enterprises shared on their vision of this sphere.

By the present moment, several unique educational Master's programmes on digitalization have been developed at SUSU. Starting from September 2019, the following programmes will be open: "Digital Industry" jointly with Emerson and under supervision of Aleksandr Shestakov; "Machine Learning and Big Data Analysis" (with Napoleon IT and 3 DiVi companies), under supervision of Leonid Sokolinsky; and "Data Mining and Methods of Artificial Intelligence" under supervision of Professor of the Department of Computational Mathematics and High Performance Computing Liudmila Prokudina, jointly with Emerson.

Chairman of the SUSU International Scientific Council and President of Emerson, Michael Train, gave is assessment of the university's development strategy and the tasks set before the university, which had been outlined in the course of the discussion:

"SUSU is a great place to be discussing collaboration at, and we fulfil many projects together. Our company supports both education, science and the teaching staff. SUSU and Emerson have always been enjoying wonderful relationships. Our company does indeed actively use the possibilities that digital industry offers, and I understand the importance of the goals that you have voiced. The projects being fulfilled together with the industry allow to train quality engineering personnel, but you also rightfully mentioned the necessity of the theoretical base. I am confident that this field will keep developing dynamically." General Director of SMS Group Company Pino Tesè specifically highlighted the importance of opening specialized Master's programmes, which will be fulfilled jointly with partners from the real economics sectors. This can be explained by the fact that production is in need of specialists capable of working with state-of-the-art digital industry technologies, but the educational programmes in many universities cannot provide the required knowledge and skills.

"I was very happy to learn that SUSU is fulfilling a strategic approach to training Master's students. Today, practically all companies of the world are searching for "digital" engineers. The demand for specialists knowing state-of-the-art digital technologies is really huge! We, as the representatives of the industry, are ready to invest serious resources in order to attract such personnel. If your students will be able to work with the latest technologies, the industry will itself come knocking on your door demanding 'Give us your graduates!' This will make them very competitive in the labour market."

A new member of the International Scientific Council, Professor of University of Southampton, United Kingdom, Doctor Andrew Cundy mentioned the necessity of increasing the number of scientific collaborations with scientists from other countries. He believes that the most promising projects could be the ones on solving the ecological issues using the tools of digital industry.

"I can see that SUSU is very strong in such fields as ecology, materials science and digital industry, and these open new possibilities for scientific collaborations. International projects uniting the ecology and digitalization could be of special interest. For instance, today, it is of extreme relevance to use sensors when measuring the quality of air, use robotic platforms when studying the condition of water bodies, and so on. The discussion of these possibilities between scientists from different spheres has a huge potential." 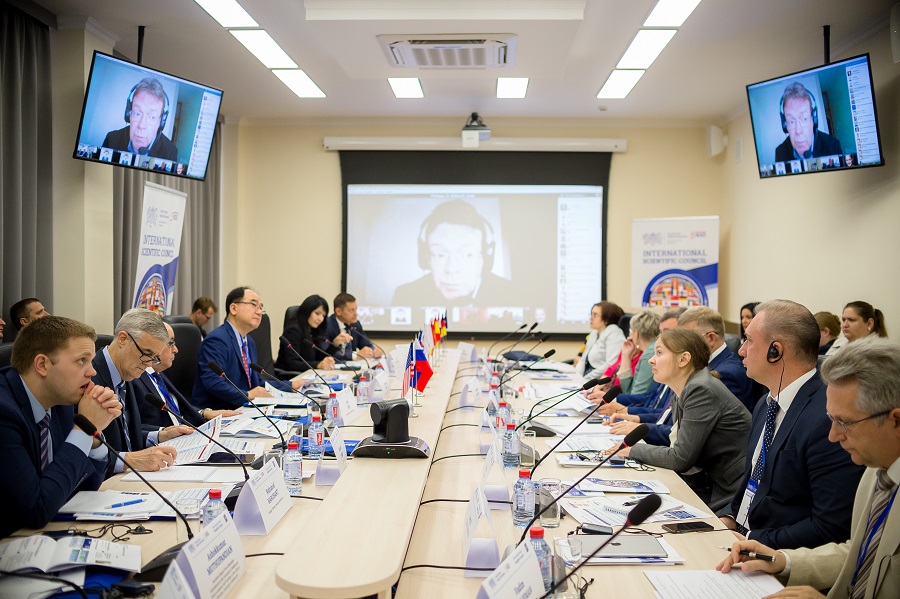 The experts of the International Scientific Council noted that digital technologies are used everywhere in designing new devices and technologies. Most actively used is the technology of creating digital twins – virtual prototypes of certain facilities or of whole production complexes, based on Big Data. Creation of digital twins allows to speed up the designing many-fold, what improves the competitiveness of enterprises.

The demand for specialists mastering these and other technologies, voiced in the report to the Council members, is very high in all countries around the world since the digitalization is a global trend, covering all the spheres of life of the humanity. The new strategy of SUSU with regard to digital industry will allow to improve the quality of training competitive specialists and the university's interaction with industrial partners. The Council's recommendations will help the university's specialists determine the most promising points of growth, what in its turn will speed up SUSU's becoming a SMART University of Digital Transformations.

Establishment of the International Scientific Council is one of the crucial initiatives within the frameworks of fulfilling the university's Road Map program. Among the Council's members are the world's leading researchers with rich scientific-and-research experience in fundamental and computer sciences, engineering, and medicine. The International Scientific Council aims at coordinating the scientific-and-research and educational activity of the university in compliance with the best world practices under Project 5-100.