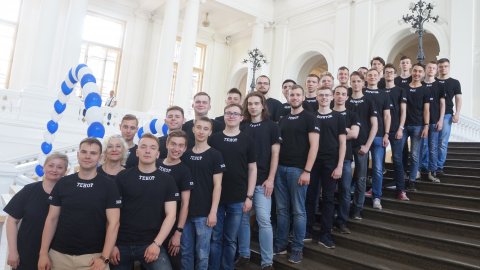 Folk Academic Male Voice Choir of the Automobile and Tractor Faculty of SUSU (NRU), conducted by the artistic director, merited worker of culture of the Russian Federation, labor veteran, laureate of the prize of the Legislative Assembly of the Chelyabinsk region in the sphere of culture and arts, Nonna Streltsova, took part in the 2nd International Festival-and-Contest of Choirs called “Slavic Spring”, which took place in Saint Petersburg on May 17th through 19th.

The conductor and choirmaster of the choir is Associate Professor of the Department of Choir Conduction at the Chelyabinsk State Institute of Culture and Arts, Liubov Streltsova.

The Festival-and-Contest of Choirs is held in order to popularize the art of choir singing in Russia and abroad, as well as in order to attract attention of the community to the Slavic Russian singing school, broaden up the repertoire of Slavic music, develop and strengthen the contacts between choir teams, and support the national choir traditions. This year, the geography of participants was very wide: from Barnaul in the Altai and Petrozavodsk in Karelia and from the Ural’s Chelyabinsk and Yekaterinburg to Moscow and Saint Petersburg. The jury included experts in the art of choir singing from Saint Petersburg and a specialist from Slovenia.

Opening of the Festival took place in the “choir heart” of Russia, at the State Academic Capella of Saint Petersburg. Performing there has become a new accomplishment of the team. The contest song was performed by the choir at the St. John's Church. 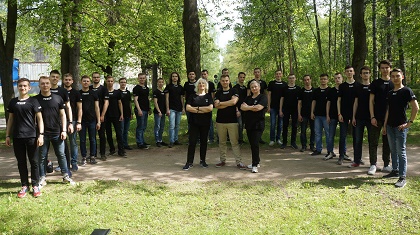 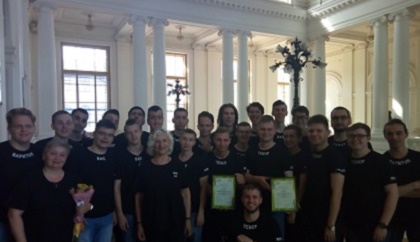