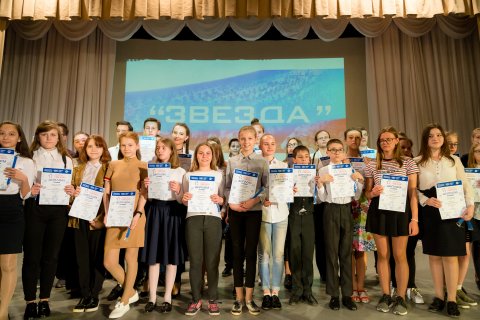 On May 13, awarding of the winners and prize holders of Zvezda Multi-Profile Engineering Olympiad took place at the Activity Hall of South Ural State University.

On May 13, awarding ceremony was held in the SUSU Activity Hall for winners and prize holders from Chelyabinsk. Organisers of Zvezda Multi-Profile Engineering Olympiad handed honorary credentials to more than 500 people coming to the ceremony.

“As per tradition, a large number of participants chose the categories of Russian Language and Social Studies. 2 new competition directions – International Relations and Theory and Practice of Translation – excited a lot of interest as well. The number of students who became prize holders of the Olympiad twice or more has also increased. Zvezda Multi-Profile Engineering Olympiad in not just professionally oriented. It is intended to give a chance for everyone to demonstrate their abilities in intellectual activity,” says Deputy Vice-Rector for Academic Affairs, Yulia Bolotina. 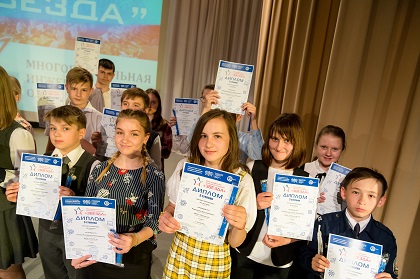 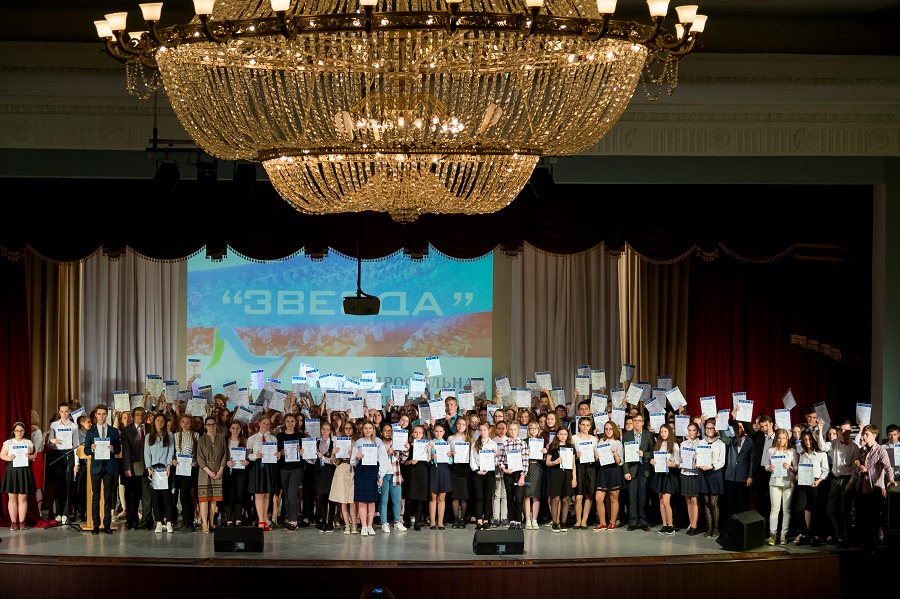 Yulia Bolotina noted that the Olympiad is supported by administrations of municipalities in many cities and districts of the Chelyabinsk region: Chelyabinsk, Magnitogorsk, Snezhinsk, Ashinsky district, etc.

“To me, this is an interesting and unusual sphere of knowledge, so I wanted to try myself. Moreover, I have friends at SUSU who study to become lawyers. Having talked to them, I wanted to test my knowledge in the sphere of jurisprudence and maybe also get enrolled to the Institute of Law. I loved the assignments and I would like to say thanks to the people who made them. Completing them was a great pleasure.” Student of School No.104, Veronika Zakharova, took part in Zvezda Multi-Profile Engineering Olympiad in the category of Social Sciences. On the main stage of SUSU, she was handed a third-degree certificate.

“It wasn’t difficult for me to complete assignments of the Olympiad because I know social sciences well. I would like to get enrolled to the Institute of Architecture and Construction at SUSU and become an architect. I will surely take part in the Olympiad next year!”

Let us remind that awarding of the winners and prize-holders of Zvezda Multi-Profile Engineering Olympiad of 2018-2019 started from April 25. First awarding ceremonies took place in Magnitogorsk in four educational institutions and at the Palace of Children and Youth Creativity. Administration of the city of Magnitogorsk and representatives of the Olympiad’s Organising Committee awarded the winners of the Olympiad with certificated and presents.

Awarding ceremonies will continue till the end of May. They are to take place in educational institutions of Chelyabinsk, Miass, Asha, Zlatoust, Satka, Snezhinsk and Troitsk.