Vmeste International Festival of Creativity is to Be Held at SUSU 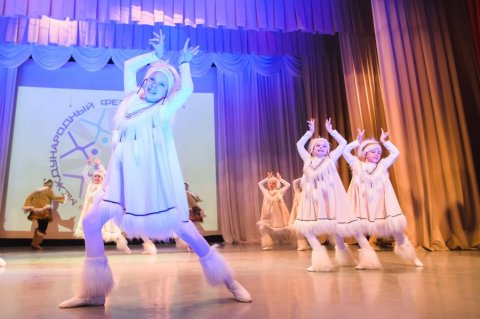 On May 19, gala concert of Vmeste (Together) International Festival of Creativity is to take place in the Activity Hall of South Ural State University for the 11th time.

The festival brings together talented choreographers, singers, musicians, reciters, photographers, and handcraft artists. Different stages of the Festival were held during the year in different cities of the Chelyabinsk region. The event is to conclude with a colorful concert in the capital of the Southern Ural on the Pioneers’ Day.

“This year, laureates of Vmeste International Festival of Creativity will take the stage of the Activity Hall. The concert will also feature the best performances presented at the National Culture Days, in particular, of the Eurasian, African and Arab cultures. We want every participant of the Festival to get their share of love from spectators,” says Deputy Vice-Rector for Academic Affairs, Yulia Bolotina.

In their turn, international students will present the variety of all the cultures brought together at South Ural State University.