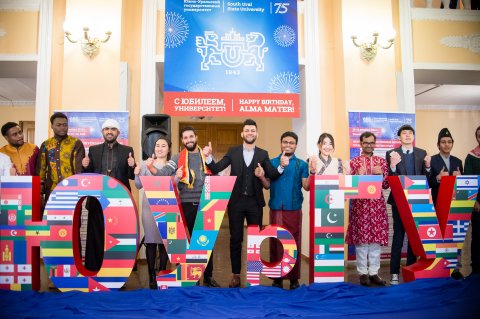 South Ural State University is a constantly-evolving university with a long history, which aspires to move along with the time or even move ahead of it. International Office, which coordinates all of SUSU’s international activities, greatly contributes to this. On May 5th, the International Office celebrated 8 years since the day of its establishing!

History and a global goal 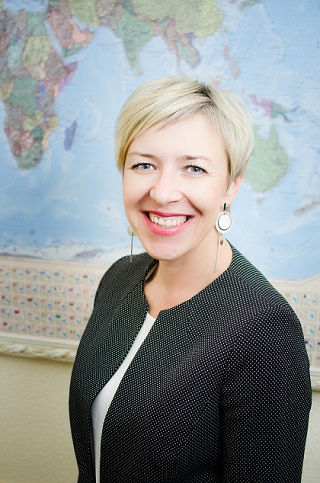 The history of the International Office began long before its actual founding. Before 1992, the leading university of the South Ural region had to develop under conditions of isolation, because the Chelyabinsk region was a region restricted for foreigners. After cancellation of this regime, Chelyabinsk State Technical University (presently – SUSU) set the goal of entering the global research and education arena as soon as possible. In 1993, the Office of International Relations was established. The area of development related to the university’s globalization in the international market of academic services was becoming more and more expansive. By May of 2010, a more complex structure of the SUSU International Office had been formed; it is now headed by the Vice-Rector for International Relations, Olga Yaroshenko.

“The International Office is an important structure which makes a contribution to the development of the university in the international arena. We all strive to support SUSU earning leading positions, and make our students – both Russian and international –become world-class specialists. I want to genuinely wish every member of our team to love what they do and try to constantly improve their skills. I wish for them to set ambitious goals for themselves and achieve them, so that the results of this work lead to the expansion of the university’s international affairs!”

Today, the International Office (IO) team, which consists of specialists representing five divisions, is implementing a strategy targeted at development of international affairs, interacts with international organisations and partners, arranges training of international students, and attracts international researchers and professors to working at SUSU.

“In our office, each person performs their own function, but we all work together closely – every day we discuss the office’s goals. I believe that the fact that we are a large, consolidated team moving in a common direction is a big achievement. The global goal of our work is to internationalize our university,” believes Head of the International Office, Liudmila Lapina. “We are working to make sure that SUSU is recognizable in the international arena. This includes not just our academic and research activities, but the university’s brand and reputation, as well. It’s very important for all academic divisions to invite itnernational professors, teach students from other countries, adopt the experience of world-class researchers, and present their achievements outside our country.”

“The International Student Support division was one of the first to be established when the International Office was being developed, because SUSU was always of interest to international students. The whole university is interested in attracting students from other universities: they all understand that this speaks to the university’s high status, possibilities, and prospects for development. We put a lot into this, each of us understand their area of responsibility, and I am genuinely proud that I am part of our big team,” says Head of the International Student Support division, Ekaterina Yurovskaya. A significant portion of the office’s work is attracting international students into extracurricular activities. SUSU regularly holds national holidays and days dedicated to the culture and traditions of various countries. Students share their knowledge and experience and speak of the history and unique features of other countries, share traditional dishes, and are very glad for the opportunity to broaden their understanding of Russia. This work is completed alongside the South Ural Association of International Students, the President of which is Sri Lankan citizen Uvindu Wijeweera, who has been a SUSU student for five years already.

“We are grateful for your efforts! Thanks to your work, there are more and more international students each year. Thank you for your support and care, thanks to you we can be together!” said Uvindu Wijeweera, congratulating the International Office.

“Our division started operating in 2016, when the university had literally three foreign staff members. Now, SUSU has more than 100 research and teaching staff from more than 30 countries around the world. First and foremost, we notify the international academic sphere about the fact that SUSU is open to working together in priority areas of science, obtain feedback from the international research arena, and present this information to the divisions. We have an ambitious goal set for 2020 – we want to increase the percentage of foreign research staff to 10%,” said Head of the division, Tatiana Subbotina. “We have established good relationships with all of the divisions, SUSU staff understands the importance of our work. After all, this is all done so that the international scientific community learned more about the university, and so that our researchers could integrate into this space and develop their inventions at the top level.” In order to increase the percentage of international staff, the specialists use international recruiting platforms and try to use personal contacts of SUSU researchers. The English version of the SUSU website is also helpful in this regard, and it constantly gets updated. In particular, research projects carried out by scientists from our university are regularly posted to attract postdocs. Presently, there are around 15 projects being developed in order to increase the number of postdocs.

Another important direction of the office’s activity is to encourage participation of SUSU staff in international programmes and grants. They recruit staff for grant programmes of the European Union, Erasmus+, the Jean Monnet Program, and more. 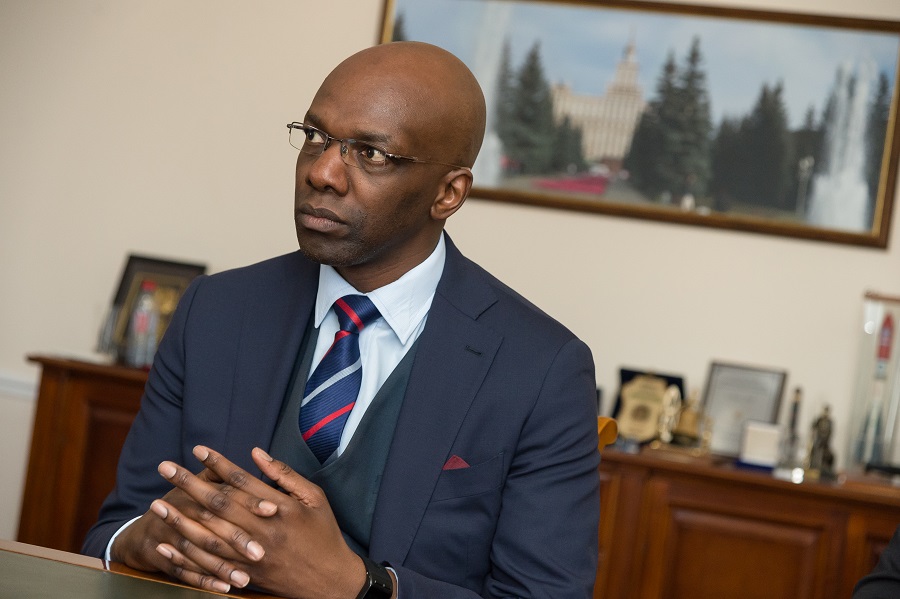 Thanks to the division’s work, 50 agreements on international cooperation were signed in 2019. The number of SUSU’s partners from China, Kazakhstan, and Uzbekistan has significantly increased. In 2018, SUSU for the first time gained partners from Canada, Ireland, Moldova, Democratic Republic of the Congo, Denmark, Brunei, Sudan, Turkey, and South African Republic.

Visits by diplomatic delegations are especially important for students from various countries. For example, in 2018, representatives from the embassies of Sudan and Egypt visited SUSU for the Day of Arab Culture, and in 2019, a representative of the Embassy of Zimbabwe visited the university for the Day of African Culture. In 2019, representatives of the Kyrgyz, Uzbek, Tajik, and Kazakh diasporas celebrated Nowruz with our students. Another important event of this year was the opening of the Ural International Integration Center, which will provide informational, organizational, and legal consultation assistance to SUSU international students, as well as promote integration of foreign students into the multicultural environment of the region.

Upon arriving at SUSU, international students and research staff are confronted with issues related to residing in Russia. Specialists of the Immigration Services division of the IO are always ready to help solve these issues. This division fully controls the process of international citizens’ stay in the territory of the Russian Federation from the very first stage – draw up of their invitation, their registration into a dormitory, the extension of their stay to notifying the General Administration for Migration Issues of the Head Office of the Ministry of Internal Affairs of Russia of the completion of an international student’s studies or the signing of a work contract by an international staff member. The staff of this division also support the university’s other structural divisions on issues of immigration services for foreign citizens. Their work is guided by legislative acts.

“Our goal is for all foreign citizens’ stays to be legal, for them to execute the necessary documents in a timely manner, and for them to not violate the rules of migration law. We draw up registrations, visas, and certificates of insurance. This area requires special attention, since there are many subtleties in the migration law that are hard for residents of other countries to understand. But we always analyze the situation of each international student and staff member and find a way to solve the arising issues,” explains the Head of the Department of Migration Support, Marina Davydova.

Work targeted at internationalization of the university can not be efficient if there is no understanding of where our university placed in the global academic market. University rankings make it possible to understand the position of an academic institution. The Division for Academic Rankings Promotion was created to analyze the current global situation in research and education, and also to promote SUSU and increase the performance indicators of SUSU’s international activities.

“The Division for Academic Rankings Promotion is relatively recent. Our main goals include strategic analysis of the current status of previous periods and elaboration of recommendations for the improvement and promotion of the university in the future. Right now, rankings are a widely recognized mechanism for creating competitiveness among our universities. Both student applicants and international workers who are considering work at a Russian university are guided by the university’s global recognition. SUSU has a good reputation in the academic sphere and the university is doing all it can to improve its position in leading rankings in the future,” stresses the Head of the division, Andrey Kocherov. At this time, the university is listed in 23 rankings, which include international, national, regional, and field-based rankings. SUSU is working with eight international and six Russian rankings organizations, thanks to which our specialists obtain feedback from experts in the sphere of promotion. These companies include such agencies as Quacquarelli Symonds (QS), Times Higher Education (THE), Round University Ranking (RUR), U-MULTIRANK, Interfax, Expert RA, and others.

The fact that SUSU is listed in four international rankings can be considered an accomplishment of the university. It is in the top 1000 according to QS WUR 2019, the 135th in QS EECA 2019, and the 112th in QS BRICS 2019. This year, the university for the first time was included in the THE Impact Ranking 2019, placed on 301+ position.

Over eight years, the International Office has been contributing to the development of South Ural State University, and the results of their work allow SUSU to broaden the geography of partnerships, attract students and staff from near abroad and distant countries, and also improve the university’s position in the international research and academic space. We congratulate the team and wish them future successes!