Annual Sports Celebration «SUSU, a University of Sport!» to Be Held at SUSU 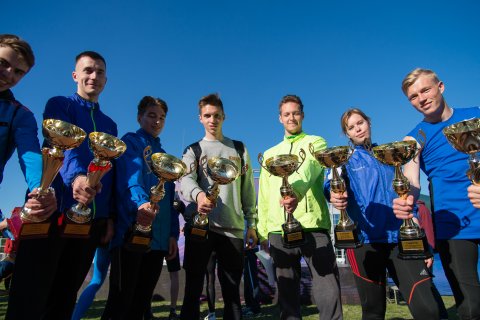 On May 17th, 2019, the South Ural State University Institute of Sport, Tourism, and Service and the Directorate of Mass Sporting events and the «Ready For Labour and Defence» Russian Physical Culture Program will hold the annual sports celebration «SUSU, a University of Sport!” at the Elena Elesina Track and Field Complex.

Main events of the program will include:

A rich cultural and entertainment program has been prepared for this celebration, which includes various creative, musical, and athletic performances by collectives from South Ural State University.

A food court zone will be organized for this celebration of sports, where they will prepare 200 kilograms of pilaw according to the original recipe by Professor of the Production Technology and Catering Organization Department Abduvali Toshev.

This sports celebration is planned as a big-scale event and gathers around 5,000 people: students and staff of SUSU, as well as students of general and sports schools from Chelyabinsk and the Chelyabinsk Region.

14:00 – interactive zones, the beginning of the Ready for Labour and Defence program for students and teachers of the university and event participants;

16:30 – closing and awarding of event participants;

17:00 – balloon release by the event participants.