Congratulation of the Rector of the University on Victory Day 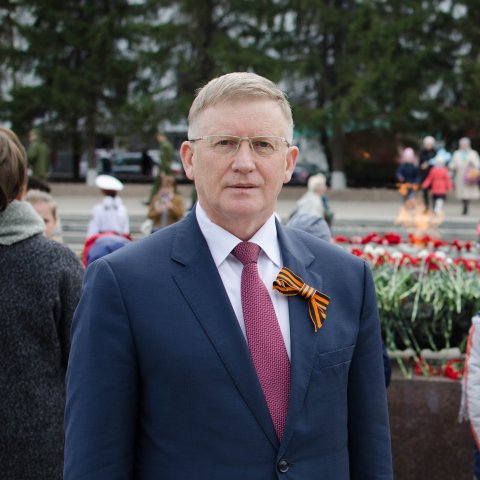 My congratulations to you on this holiday, which is sacred to every one of us – the Great Victory Day!

74 years ago, with rounds of fireworks people celebrated the ending of the most exhausting and blood-shedding war on our planet. There remain less and less living witnesses of those cruel fights, those people who endured the woes and hardships of the war time; and more and more often people try to rewrite the chronicles of those days, twist the facts and shift the focus… However, despite all the attempts to debate the past, the 9th of May is still a very special and fateful date in the world’s history, a date which united whole nations and generations. The truth about the great heroic act of the Soviet people will live in the hearts of their grateful descendants forever, and the Victory Day will always be an indisputable symbol of national unity and might of our Motherland.

ith infinite gratitude that we remember those who nobly fought for our peaceful future, who fearlessly combated the fascist invaders at the front border-lines, who day and night, without even a break for sleep, kept vigil at machine tools or in hospital wards. Millions of soldiers, officers, and homefront workers paid a price of their health and lives for our present freedom and wellbeing.

Our university was established in 1943, in the midst of the Great Patriotic War. From its very early days the university concentrated all its resources on training engineers and technicians. The research studies and engineering developments by our outstanding scientists increased the combat power of the Soviet Army multi-fold and hastened our Victory.

We cherish the memory of the sacred heroic act, honour the soldiers, our defenders, who with their courage and self-sacrifice act as role models for the younger generation. It is our duty to remember at what high price the Victory was gained, and we must do everything in our power to preserve the peace, which our grandfathers and great-grandfathers fought for.

Happy Victory Day, dear friends! I wish you health, kindness, long and happy life, and peaceful skies over our heads!