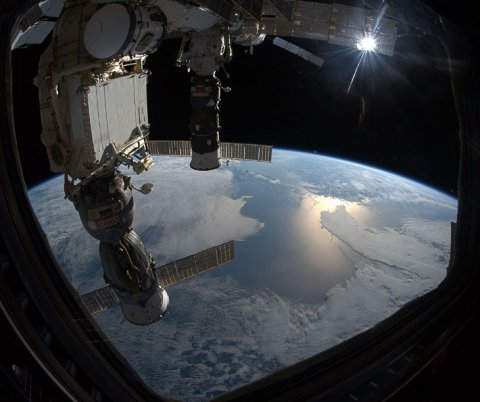 Centre of Amateur Space and Satellite Communication is to start operating at South Ural State University. Ceremony of the Centre’s opening will take place on the Cosmonautics Day, April 12 at 12:00. In the first part of the Centre’s opening, a video message will be received from the International Space Station (ISS), and a communication session with the ISS is planned to be held on April 15.

The Centre will be opened at the Department of Design and Manufacture of Radio Equipment of the School of Electrical Engineering and Computer Science, under support of the State Duma Deputy Vladimir Burmatov. A set of equipment and radio facilities used for studying the surface of the earth as well as for studying meteorological changes and for other tasks has been placed in the new Centre.

Equipment of the Centre of Amateur Space and Satellite Communication will be used in the education process as well as within summer and winter schools for students of the SUSU EECS. Also, profession-oriented events for school children will be held in the Centre.

Ceremony of the Centre’s opening on April 12 will feature the Rector of SUSU, Aleksandr Shestakov, Deputy Vladimir Burmatov, Director of the School of Electrical Engineering and Computer Science, Gleb Radchenko, and Head of the Department of Design and Manufacture of Radio Equipment, Nikolay Voytovich. Students of Chelyabinsk schools have been invited to the event as well. Future students will watch the process of transmission of slow-scan television, the method of transmission of black-and-white or color image via narrow-band channels, at which amateur short-wave radio communication or ultra-short-wave radio communication is used most often.

Communication session with one of Russian spacemen of the International Space Station will be held in the Centre on April 15.