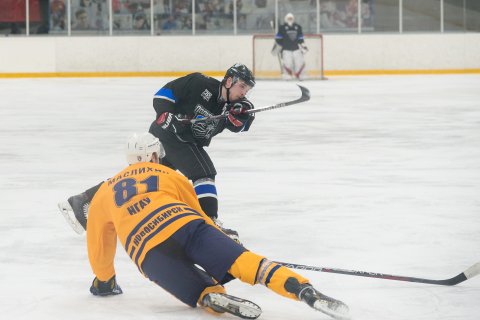 It is worth noting that the players have met on the ice multiple times and every time Polytechnik turned to be stronger, and the playoff games were no exception. Despite the active struggle of both teams in the course of two games, Polytechnik won the victory. The meetings ended with the score 3: 0 and 8: 3 in favour of the South Ural team.

– Artem, we are in the playoff! What are your expectations for the upcoming games?

– These games became as successful as last year ones. At least we got the bronze. However, we are not satisfied with just what we have already achieved, we want to go further and our team has the most serious intentions for this season.

– The games with Urozhay were rather tense. What did heat the atmosphere on the ice, the provocations of the rivals or the desire to become champions of the Student Ice Hockey League?

– These are the elimination games, where every mistake is decisive, both teams fought. At the right moment, our players scored and quietly played out the game.

– Yesterday, the Yekaterinburg miners, acting two-time champions, outplayed the Tyumen team TIU 5: 0, and, most likely, they will be our next rivals. What instructions can you give on the playoff games?

– Yes, they are two-time champions, so far the strongest team in the league. Those victories that we won in the previous games we needed from the psychological point of view, now we are sure that we can outplay them. In addition, we have two weeks for intense physical preparation; naturally, we will discuss with the players how to act on the field with such a rival in order to achieve an additional result. 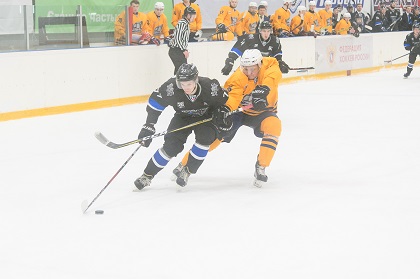 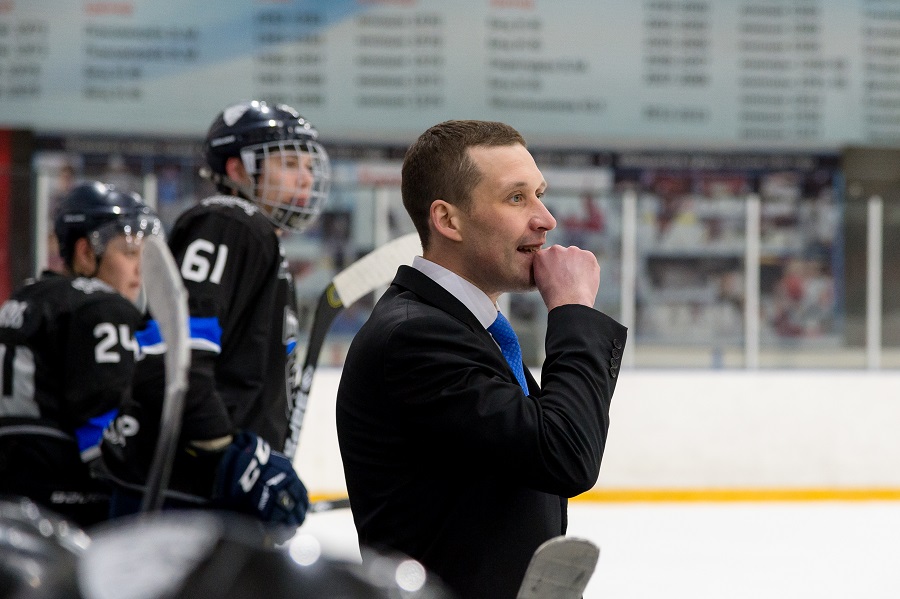 Moreover, at the beginning of the first game, a referee awarded the forwarder of Polytechnik Ice Hockey Team, Sergey Krivopustov, with the title “The Best Sniper of the Student Ice Hockey League of the 2018-2019 Season”.

One of the leading forward of Polytechnik Ice Hockey Team, Vyacheslav Rykov, shared his emotions and the atmosphere of victory:

— Urozhay seriously treated the games in the playoff, and for the season, they scored on the third line of the league table. What were your expectations and intentions before going out on the ice?

— Urozhay is a good team but we had a decisive intention to win as any other game.

— Could you explain why it wasn’t possible to score a goal even if very often played in the majority?

— The Urozhay puckstopper is rather strong; he played both games well! — What are your guesses who will have the final fight for the title of the champions of the Student Ice Hockey League?

– I am sure in Polytechnik for 100%. As for the Western Conference, it is even difficult to guess. Most likely, Tambov.

– Of course, it is nice when the spectators come to support. I immediately get a desire to show good hockey for the fans to go home in a good mood. When the girls come to support, it is also very pleasant and important.

Indeed, a special atmosphere reigned during the games with Urozhay, the field guests were quite active in playing and steadfastly defended but the South Ural scorers managed to win through.

The next games will take place on March 9, 10 and 11 with the current champion of the Student Ice Hockey League – Ural State Mining University from Yekaterinburg.