SUSU Improves Its Standing in the Webometrics 2019 Ranking 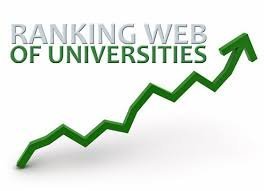 In the new edition of the Webometrics ranking, South Ural State University climbed 17 positions up as per the “Visibility” indicator, which evaluates the number of external links to the university’s web-site. In addition, SUSU rose 67 positions in the “Presence” indicator, which compares universities as per their presence in the online space and the content of their official web-sites (overall number of web-pages on the university’s main domain according to Google Search indexing).

The Webometrics rating (or Ranking Web) is a system for ranking universities based on a combined indicator which considers the volume of web content (the number of pages and files) and the visible influence of these publications by the number of external citations. It is a product of Cybermetrics Lab, which is part of the Spanish National Research Council. The methods and approaches for evaluating educational institutions correspond with the Berlin principles for ranking higher education institutions. The creators interpret the Webometrics ranking as an evaluation of the results of the research activity of the top universities in the world. So, the publication of the rating provides researchers around the world with additional motivation to publish more high-quality scientific papers on the global web and make them available for their colleagues, no matter where they are located.

The Webometrics Ranking of World Universities is released twice a year: late in January and late in July. 12,000 universities around the world are ranked in this rating system.

You can see the results of the rankings at this link.