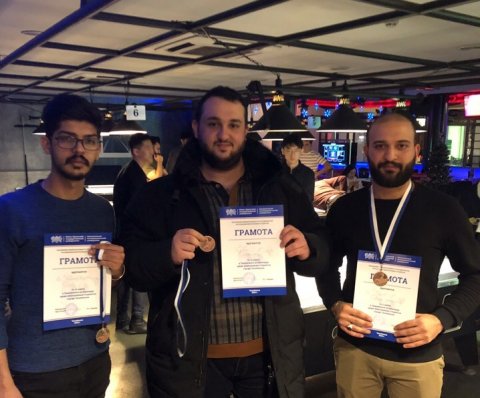 On January 15th a billiards tournament among international students of Chelyabinsk was held.

Billiards is a favourite game of many international students, that is why this tournament has already become a traditional sports event being organised by the SUSU Association of International Students.

A student from Iraq Siala Ahmed Vaad, a person in charge of the sports activities with the Association of International Students, acted as the organiser of the competition, which was also supported by the International Office of South Ural State University.

As a result of a persistent and interesting game, this year’s prize winners were as follows:

Our congratulations to the winners!

The organisers would like to thank Director of the SUSU Club of Physical Culture and Sports Albert Aminov.