The Third International Conference on Innovations in Sport, Tourism, and Education – icISTIS-2018 Held at SUSU 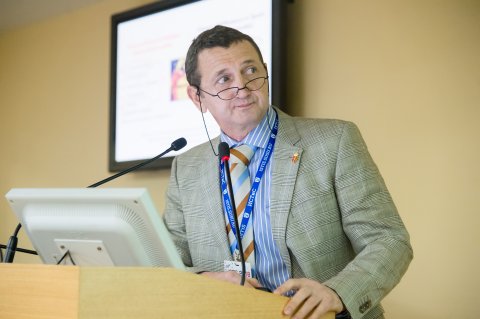 A meeting between well-known and young researchers from Russia, Slovakia, Romania, Serbia, Iraq, and other countries was held on December 6th and 7th at SUSU.

Director of the SUSU Institute of Sport, Tourism, and Service Vadim Erlikh greeted the participants and guests of the conference.

SUSU Vice-Rector for Academic Affairs Andrei Shmidt noted the high level of equipment offered at the Institute of Sport, Tourism, and Service.

“Engineering doesn’t only exist in technical fields, it exists in sport, too. All innovations and technologies are developed with a focus on digitization. The whole world is going through the birth of the 4th industrial revolution. It’s pleasant to see that our Institute of Sport, Tourism, and Service is an active participant in this process.”

It is worth noting that the high intellectual potential of research developers, academics, students, and postgraduate students and the modern, strong equipment and materials at ISTiS are the foundation for conducting important research and developing new technologies.

The main topics of the conference were non-drug methods of improving performance, biomechanics, and kinesiology of sport, tourism and recreation, and modern pedagogical and psychological techniques in education and sports training.

Deputy Minister of Physical Culture and Sport of the Chelyabinsk Region, Honoured Coach of the Russian Federation, Vitaliy Yakushev noted that holding this conference at SUSU and discussing these topics makes it possible to find a path for solving global issues:

“President of the Russian Federation Vladimir Putin signed a decree – 55% of the population must be involved in sports by 2024. Without modern approaches, without innovations in sport and physical education, this task will be impossible to fulfill. Today’s conference is a search for innovation and solutions. It’s very important to hold such events.”

During the conference, the researchers discussed the topics of “Sports without Doping” and “Tourism and Recreation”. They exchanged ideas and experience in conducting work in research, education, and projects, and determined ways to approach further development.

“The formation of a culture will help us make competitions honest, so athletes don’t use prohibited substances and methods to achieve results.”

Doctor of Science of the University of Belgrade (Serbia), Professor Milivoj Mita Dopsaj spoke about the relationship between various isometric indicators of muscle contraction and the specific motor skills of volleyball players. His presentation was of interest to the audience and led to a fruitful discussion.

Professor Novruz Guliyev, Doctor of Science, Head of the Department of Hotel and Restaurant Business of the Azerbaijan Tourism and Management University, offered a presentation entitled “Sociocultural Conditions for Changing the Functions of Modern Tourism Management”.

Director of the Centre of Tourism Development for the Chelyabinsk Region, Dmitriy Stolbov, noted that industry would not harm the development of tourism.

“Business, and tourism in particular, require new approaches. We need to not rely only on old experience and resources. Novelty makes people more successful. This conference supports the development of new approaches not only in sport but in tourism, as well. If we are speaking about the Chelyabinsk Region, then in the next few years, the tourism industry will make up a very large percent of the regional economy.”

Chairman of the Association of Reserve and National Park Directors in the RF Rafilia Talgatovna gave a speech about the project of specially-preserved natural territories in the Urals, The Great Ural Path.

The Great Ural Path project makes it possible to follow the path across the whole territory of the Ural Mountains and appreciate the beauty of the “Pearl of the Urals”.

“The Great Ural Path can be taken in different ways: by foot or by water, going down into caves or climbing to the top of ancient mountains (skiing and caving, bike tours, agritourism, and horse riding tours). You will enjoy the beautiful nature of the Urals, you’ll try different dishes of the Ural cuisine, and you’ll get to know the culture and traditions of the locals. And most importantly – this path can be taken by any of you,” said Rafilia Talgatovna.

According to the speaker, tourists will have the chance to try the famous Bashkir honey, see Przewalski’s horses – the only remaining wild horses – and much more. 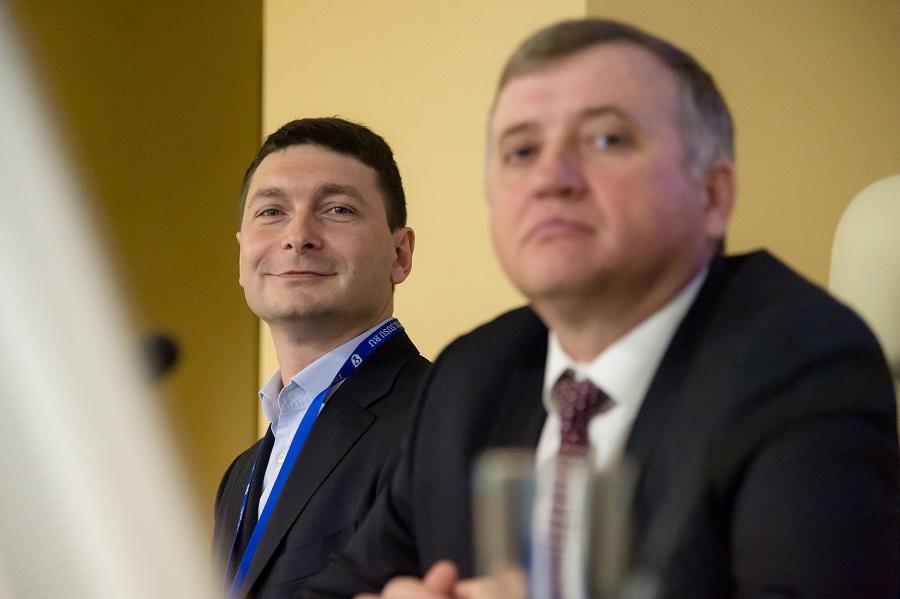 There was an active stand area where master’s students and postgraduate students from SUSU presented the newest achievements of the ISTiS.

Postgraduate student of the Institute of Sport, Tourism, and Service Aleksey Petrov offered a presentation entitled “Mechatronic Rehabilitation System for the Lower Extremities.”

“Our stand has a number of unique features that separate it from existing competition. This was my idea from the beginning to work on studying issues of rehabilitation using mechanical devices. Without a doubt, I can say that there is a need for such devices in today’s market. At the conference today, we have made contact with representatives of the medical industry who would like to test our device.”

In addition, the event’s participants and guests were shown the FizioStep insole and a prototype – the Smart Insole, which is fitted with special sensors that send information to a computer.

“We track the pressure at various zones of the sole and based on this, we make certain conclusions about changes to the spine. Initially, we track the movement of the sole: with excess pressure on the front or back part of the sole, we see shifts in the spine which can lead to poor health. In the early stages, there is a chance to identify problems in a timely manner and prevent negative consequences to the subject’s health. This can be done outside of laboratories and hospitals,” says postgraduate student of the Department of Theory and Methodology of Physical Culture and Sport, Sergey Bronsh.

According to the developers, such electronic insoles will soon become wireless. They will be able to be charged by simply placing them on a special rug.

A separate zone was laid out for taking the GTO (Ready for Labour and Defense) test. Participants were able to complete a few tests in this area.

“Depending on the stage, mandatory and additional tests are offered. Since our audience today is of various ages, we decided to limit ourselves to the most accessible GTO tests here.

An attempt to pass the requirements at our venue is a stimulus to come to our Testing Centre, located in the SUSU sports complex, and get your pin,” said Director of the Institute of Sport, Tourism, and Service, Vadim Erlikh.

As a reminder, every Thursday, by advance appointment, all are welcome to go to the SUSU sports complex (Soni Krivoi Street, 60) to complete the GTO test and earn their pin. It might be silver, bronze, or even gold.

After the two-day conference, there was a discussion on plenary reports. ISTiS Director Vadim Erlikh offered a summary of the event.

“As a result of our fruitful work, we signed a partnership agreement with Abai Kazakh National Pedagogical University (Almaty, Kazakhstan) in education and friendship through supporting academic, professional, and cultural work. We are planning on developing a unique master’s programme with no equals in Russia alongside the Russian Anti-doping Agency RUSADA.”

The organizational committee thanks all participants of the conference for their active participation and hopes to meet again in the new year at the 4th International Conference on Innovations in Sport, Tourism, and Education – icISTIS-2019. 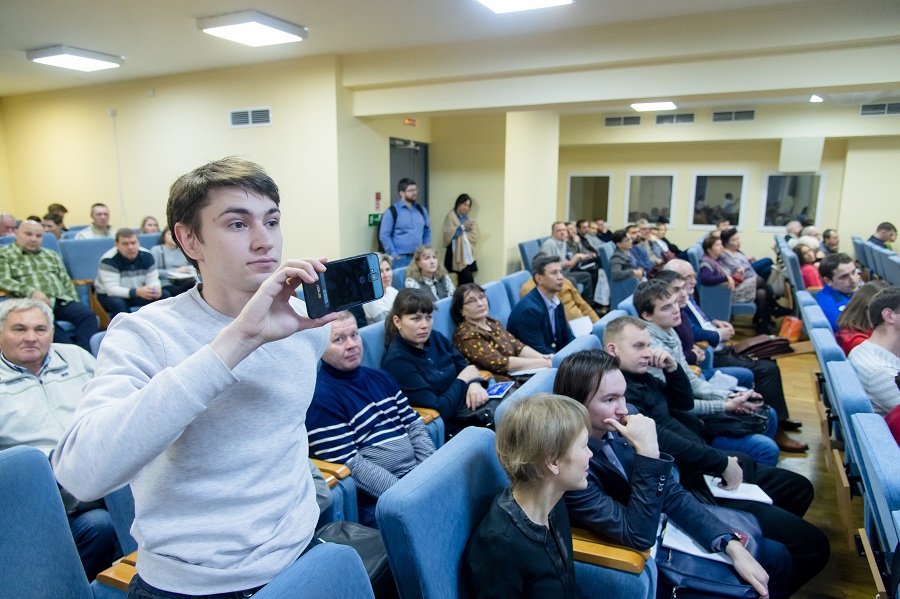