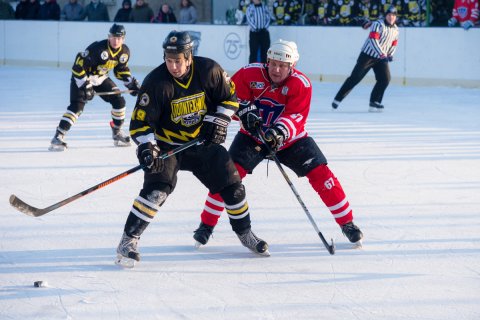 A hockey match between the Stars of Traktor and the Stars of Polytechnic was held at South Ural State University on December 10th in honour of the university’s 75th Anniversary. The teams included famous hockey players, champions from Russian and international competitions of the highest level.

Rector Aleksandr Shestakov spoke about the importance of hockey for the university and the development of sport at SUSU over the recent years.

“South Ural State University has always considered sport one of the main components of its development and of educating students. Hockey is Russia’s favourite sport, especially in Chelyabinsk. The Polytechnic hockey team is more than fifty years old. It survived all of the difficult periods of our country’s history together with our university. Over the recent years, the university has been training up to 10 masters of sport of the Russian Federation each year. This is a great achievement. Today we keep growing and achieving excellent results in sports,” noted Aleksandr Shestakov. 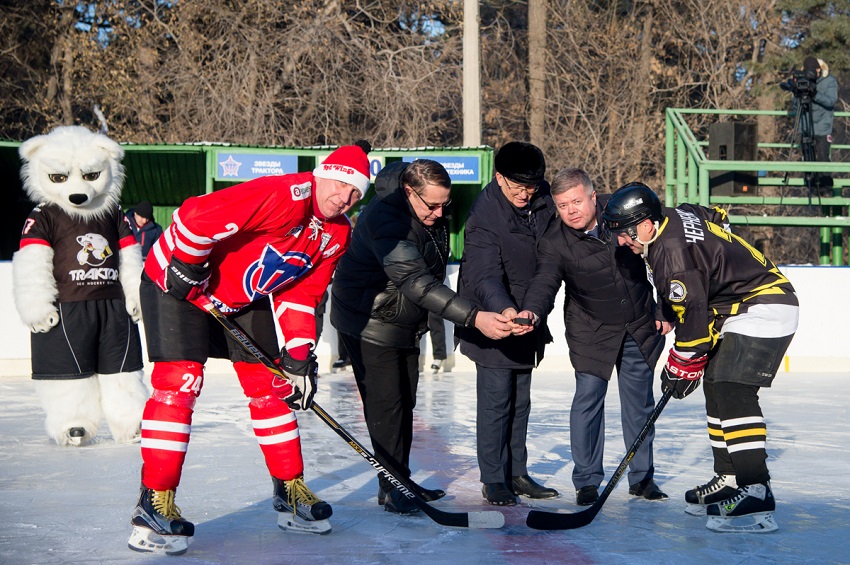 The veterans of the university team were represented by Traktor coach Andrey Mezin, head coach of Polytechnic and World Champion of University Hockey 2018 Artem Pletenev, and many other veterans of the student hockey club. The coaching staff included SUSU graduate, Chairman of Chelyabinsk City Duma Stanislav Mosharov.

“On this day, the two teams that are dear to me have met on the occasion of the 75th Anniversary of my beloved university. I graduated from the Traktor Hockey School, but I spent more than 20 seasons with Polytechnic, and today I play for the veterans of this club. SUSU has given me a lot and in many ways pre-determined my path in life. This is where I met with people I’m still friends with, and socialize or work with. I always remember my student years with great pleasure. I’m happy to be here at this meeting and to watch beautiful hockey.” 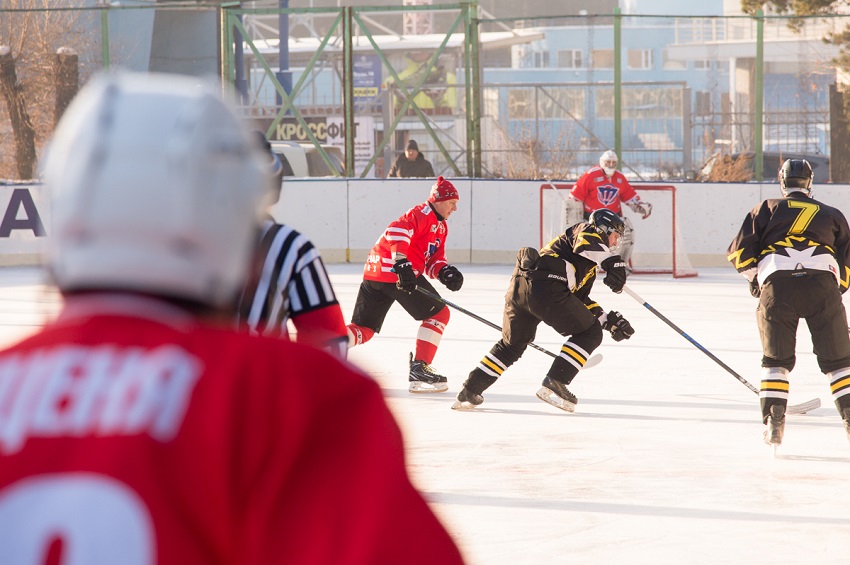 The game was dynamic and exciting, and left the audience with many positive impressions. It ended with a small lead in favour of the Stars of Traktor – 5:4. According to the coach of the Polytechnic hockey club, the chance itself to meet with those who once had been in the team he now heads was much more important than the score.

“This match has become a celebration of hockey. It means a lot that the coaches of Traktor and Polytechnic met in the hockey rink in honour of SUSU’s Anniversary. The players were people who achieved great results in sport, and the current members of the student team really enjoyed the game. I think that the players noted for themselves some important moments that we can use in the future in our training,” said Artem Pletnev, sharing his feelings. The SUSU student team Polytechnic are Champions of Russia among teams of A-class league 2 in the Ural region and of the West Siberan Hockey Federation of Russia, and are four-time Chelyabinsk Region Champions. Honoured guest of the celebratory match, Chairman of the Hockey Federation of the Chelyabinsk Region, legendary Chelyabinsk hockey player, and coach Nikolai Makarov evaluated the most recent achievements of the SUSU’s Polytechnic hockey team.

“The president of the Russian Federation and the Hockey Federation of the Chelyabinsk Region set the goal of actively developing student sport. We hold internal regional competitions, but we need to develop in the international-arena level as well. Polytechnic shows very good results under the guidance of Artem Pletnev, who at one time was a starter at Mechel and was my student. I see how he cares about the team. Polytechnic is moving in the right direction, and they need support.”

Celebratory events dedicated to the 75th Anniversary of SUSU will be held from December 10th through December 14th. The Program includes opening new laboratories and exhibitions, presentations, concerts, flash mobs, contests, and much more.