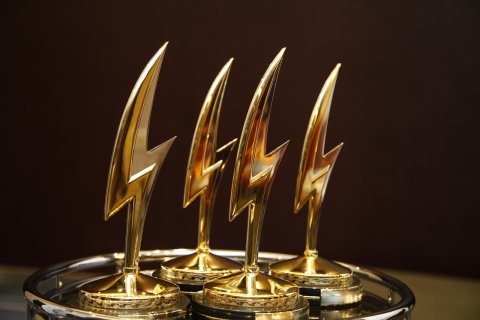 Six projects by South Ural researchers will be fighting for victory. They presented objects of small distributed and alternative power engineering constructed in various cities of the Chelyabinsk region and a number of interesting innovative pilot projects to the jury.

For example, researchers from the South Ural State University Faculty of Energy and Power Engineering presented their solution to one of 12 problems which can change the world’s economy – the problem of energy storage - and presented a storage device based on the technology of obtaining methanol from water and carbon dioxide gas.

What is unique about this invention, what other projects will fight for the main prize – the “Golden Lightning Bolt” figurine, what is special about this Prize which originated in Chelyabinsk and has turned into the main international competition in the industry over the last six years? Our correspondent will cover all of this.

The Small Energy – Great Achievements prize was founded in Chelyabinsk six years ago by the Association of Small Energy and has become an outstanding example of how a regional competition can grow into an international one. In 2013, the prize was regional, in 2014 – all-Russian, and in 2015 it gained the status of an international award for the first time. Over the last three years, the Golden Lightning figurines have been awarded in Moscow.

90 projects from Russia, Japan, Italy, Germany, and the Republic of Belarus will fight for the victory. As noted by the contest’s Organising Committee, the projects presented this year come from a wide range of places. Projects of distributed generation elaborated in New York (USA), Sao Paulo (Brazil), the Republic of Belarus, and dozens of regions of Russia from Zabaykalsky Krai to Kaliningrad Oblast were submitted for the competition.

Six projects by South Ural researchers got included in the short list of the prize for 2018, including two inventions by postgraduate students from the Department of Electrical Engineering of South Ural State University Institute of Engineering and Technology’s Faculty of Energy and Power Engineering, Bakhtiyor Kosimov and Dilshod Aminov. The researchers presented an energy storage device based on the technology for obtaining methanol from water and carbon dioxide gas.

It should be noted that the problem of big-volume energy storage has been named one of the 12 problems which can change the world’s economy if solved. In order to successfully solve this problem, the researchers proposed a unique method: transfer of electric energy from alternative sources into chemical energy of methyl alcohol. Five technologies are used to achieve this. The technologies are united for one specific goal – accumulating electrical energy: obtaining electrical energy from alternative sources; electrolysis of water; obtaining carbon monoxide; obtaining methyl alcohol; and producing electricity.

“The novelty of this invention is that in the proposed project five production processes get united into a single chain. No one in the world has done this,” commented Sergei Gandzha, Head of the Department of Electrical Engineering at SUSU Faculty of Energy and Power Engineering, Doctor of Sciences (Engineering). “The most similar project is being developed by Austrian researchers who obtain methane in two steps, but there is an issue with gas storage. Obtaining alcohol, in turn, makes it possible to store energy in unlimited volumes. The unique thing about this project is that all components of the production process are widely used in industry, though no one in the world has combined all of the above mentioned processes in one.”

Another project by Bakhtiyor Kosimov and Dilshod Aminov that made it to the final of the 2018 contest is a 10 kW wind power plant based on a contactless double-current machine with a control system. The researchers offered a contactless asynchronised synchronous generator with an electronic control system to power it, thereby solving a serious problem in wind power engineering – they eliminated the dependence of quality of the obtained energy on wind speed.

These projects are an example both of technological innovations and of reasonable solutions of ecology problems of megapolises which Chelyabinsk can adopt.

A number of projects were related to construction of energy-efficient housing – buildings which both do not consume energy and produce it themselves. Interesting innovative pilot projects were also presented: the first Russian water transport using electric motors and solar batteries – the Ekovolna catamaran produced by NGO National Centre for Engineering Contests and Competitions; a mobile, autonomous power plant – a movable complex (trailer) equipped with solar modules provided by Hevel Company Group; and more.

Winners in the six categories will be determined by the results of an independent voting by members of the Expert Committee. The award ceremony for the VI Small Energy – Great Achievements international award will be held on December 7 in Moscow, at Congress Centre of the Chamber of Commerce and Industry of the Russian Federation.