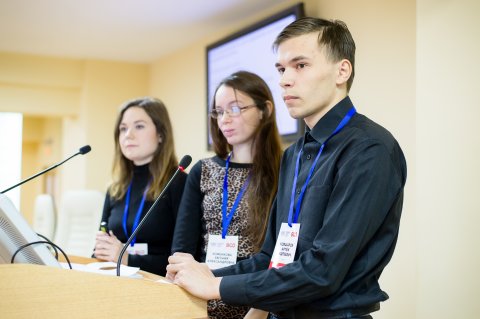 On November 22-23, an all-Russian round of the Student Olympiad on Economic Security took place at South Ural State University (NRU).

School of Economics and Management of South Ural State University took the lead in All-Russian Student Olympiad on Economic Security.

Director of School of Economics and Management of SUSU Irina Saveleva explained why the Olympiad is an important event for the students of economics field of study.

“Economic Security is rather a young field of study. Today the issues of economic security are important at every level of management – regional, federal, at the level of a separate enterprise not depending on its size. This field requires highly trained professionals with a good theoretical base and necessary competencies.” Together with the students of the biggest university of the Southern Ural, the students from nine more universities of our country from Kurgan, Tyumen, Perm, and other cities, participated in the Olympiad.

“We understand that it takes efforts from the students of the other regions to organize their participation, but the presence of 11 teams from all over Russia proves the existence of high interest to the subjects of the Olympiad and SUSU on the whole. We hope that cooperation with other universities in this direction will be long-lasting and fruitful,” told Head of Department of Economic Security, Deputy Director of School of Economics and Management of SUSU Anzhelika Karpushkina.

The Olympiad was held in three rounds: theoretical, practical and research.

The first round consisted in carrying out the theoretical task in the form of test on the subject of Economic Security.

The second task consisted in solving the cases. In the course of solving the practical task, the participants were to assess the threats and risks, which a certain enterprise faced in a case. Moreover, a team included the representatives of different universities in other words the new teams were formed from all the participants of the Olympiad.

The third round presupposed the preliminary prepared scientific works of the representatives’ universities. These scientific works had to be urgent, scientifically significant and were to meet many other requirements.

The South Ural State University team was represented by the 5th year students of School of Economics and Management Darya Titova, Elizaveta Skladchikova and Irina Komlatenkova. The girls made a report on the topic “Challenges and Threats of Economic Security of the Ural Federal District: Problems of Identifying Threats and Assessments”, where they spoke about their calculations for the Ural Federal District and the region as a whole.

“We decided to determine where the Ural Federal District is located in the specifics of all federal districts and find out if it has any competitive advantages or threats. The best option was to calculate the indicators of economic security and derive their final value, and then determine where our district is located in the country and what the indicators within our region are.”

According to the final of the all-Russian round of the Student Olympiad on Economic Security, the results were summed up. The individual score based on the results of the three rounds showed the following results: Bolshakova Daria Vadimovna (Perm State University, Perm) took the 1st place; Anton Andreevich Shurupov (Kurgan State University, Kurgan) took the 2nd place, Komlatenkova Irina Vladimirovna (South Ural State University (NRU), Chelyabinsk) took the 3rd place. 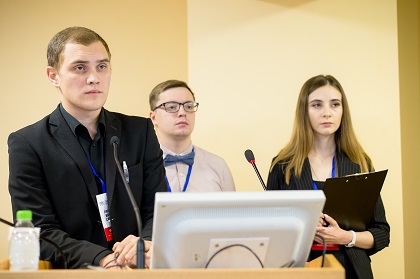 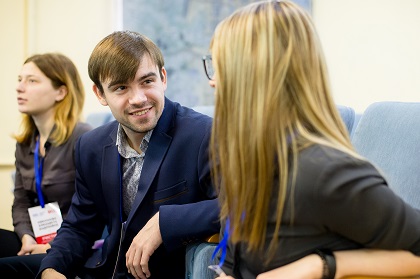 Head of Department of Economic Security, Deputy Director of School of Economics and Management of SUSU Anzhelika Karpushkina shared her impressions at the end of the Olympiad.

“High School of Russia, which has deep, glorious traditions and is positioned as one of the most powerful and fundamental schools, prepares high-quality specialists who will ensure economic growth and prosperity in our country in the future.”

We remind that this event was organized in connection with the 75th anniversary of South Ural State University.