The annual Assembly of the Ministry of Education and Science of the Chelyabinsk Region was held on November 20th at Sergey Prokofiev Concert Hall.

Under guidance by the Governor of the Chelyabinsk Region, Boris Dubrovsky, active young people of the South Ural region, including activists from South Ural State University, were honoured.

The chief specialist of the Department of Youth Projects at the Ministry of Education and Science of the Chelyabinsk Region Ekaterina Belousova noted the annual increase in the number of participants in the Assembly.

“We have noted the increasing numbers of young people who are participate in social movements, win grants, and go to youth forums. It’s gratifying that year after year, the number of people to whom this is interesting increases not by the day, but by the hour.

This is related to the fact that young people are feeling the support that the government is willing to provide. They have real opportunities to fulfil their ideas, and make life around them the way they want it to be. Young people are the engine that drives the development of our region. These are people who earning money on their own for the implementation of their projects, and invest their strength and funds into this. Their contribution is invaluable, and I am very glad that young people understand how important they are.” 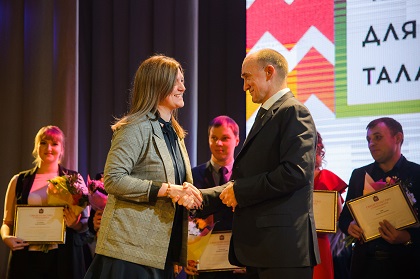 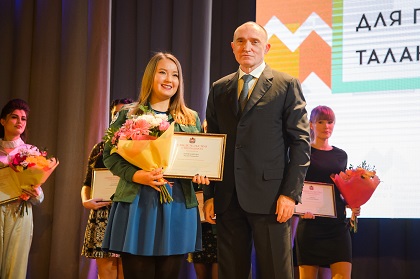 Vyacheslav Burmatov, Vice-Rector for Student Affairs also took part in the Assembly. He spoke about the meaning of this event for the youth of Chelyabinsk.

“This is one of the most prestigious awards for anyone studying at any university. SUSU performed very well this year, each of these students deserve this award. These are well-known and active students who have a very serious reputation both in terms of their organisational skills and in terms of the personal initiatives and projects that they supervise.

I would like to speak to those who did not win an award. Everyone is active and very worthy, but this is how competitions work – there is only one first place. I wish everyone to have motivation, persistency, commitment, and to achieve their goals. The university will definitely take note of them and will support them.” Deputy Head of the SUSU Extracurricular Activities Department Veronika Livonchik was awarded the Governor’s Scholarship for the first time. She shared the secrets of her success.

“My team and I began to work on the development of volunteering last year. This was my most active period in this field. These days, we specialise in political and economic events, and we hold them on the regional, Russian, and international levels. I am madly in love with our city and region, and I want to pass on this love to the students to develop their feeling of patriotism and love for their country. I was very happy to be welcomed to stage with a round of applause. I was overwhelmed with joyful and warm feelings.”

Second-year student of the SUSU Faculty of Journalism Irina Abdullina also received the Governor’s Scholarship for the first time. She was granted an award for her contribution to the development of the Leadership Academy youth project in the Chelyabinsk Region. This is a platform for developing personal and leadership qualities among school pupils and university students in the Chelyabinsk Region. Irina spoke about the work she does within this project, and who she plans on becoming in the future.

“I have been working towards this award for 2 years. First, I joined the Leadership Academy, passed all the rounds and completed all the tasks, and ended up as the best graduate. Today, I work with regional projects and municipalities. We talk and develop certain projects in various cities in our region. We work with the students on developing social design and personal qualities. In the future, I plan on developing myself in the media field, step up to the international level, and participate in international events. I am very glad that those who supported me were here at the awards ceremony. This would not have happened without them.”

This year was the eighth time the Assembly was held. This event is very important for Chelyabinsk and for the Ministry of Education and Science of the Chelyabinsk Region in particular.

More than 450 people took part in the assembly this year. 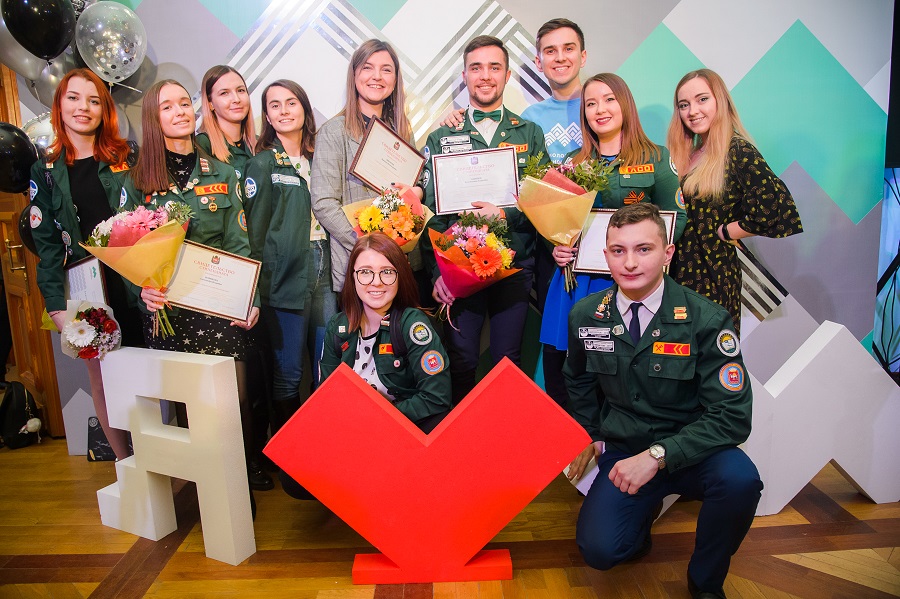