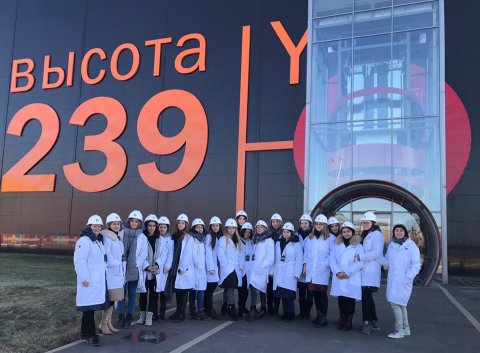 On November 14, an excursion to Height-239 welding shop of the Chelyabinsk Pipe-Rolling Plant JSC was organised for philologists of the SUSU Institute of Social Sciences and Humanities.

Employees of the enterprise told students the history of establishment of the famous Chelyabinsk brand and introduced them to the modern philosophy of “white metallurgy”, as well as provided review of production processes of large-diameter pipes and talked about the unique assortment and demand for the plant’s products, among ordering customers of which they singled out constructors of the Crimean Bridge and the Nord Stream 2 pipeline.

Visiting the Height-239 deeply impressed the students. Participants of the excursion noted that entering this welding shop was like getting into another world of technology of the future, because production lines, control unit and employees’ leisure area looked very extraordinary, colorful and modern. Students duly appreciated the possibility to see the modern process technology with their own eyes, as well as acquire new knowledge about one of the leading enterprises of our industrial region.

The excursion to the Chelyabinsk Pipe-Rolling Plant was organised by the Department of Russian Language and Literature under support of the SUSU Career and Employability Services.

This academic year, this was the third time that students visited enterprises. Such outdoors events are intended to prepare students for internships, within which they will need to demonstrate their skills in the sphere of applied philology. In September, for example, a master class about operation of press service of the Head Office of the Ministry of Emergency Situations of the Chelyabinsk region and an excursion around Fire Department of the Head Office of the Ministry of Emergency Situations were organised for students. Students were offered the opportunities to complete internships at the press service. On November 5, the soon-to-be interns got acquainted with operation of Traktor Ice Hockey Club press center within an original excursion entitled “Traktor – Behind the Scenes”, where they were also offered to complete an internship.

In order to describe any profession using words, first of all, it is necessary to experience it, get engaged into activity itself and feel its “tune” in order to express what you are writing about. A contemporary philologist does not withdraw oneself into the world of books. His objective is to make the entire modern world consisting of metal, digits, art –whatever it is – to become closer and more understandable to every person through the great Russian language. This is exactly why internship supervisors aspire to engage students directly into laboratory of professions, no matter how far from the sphere of humanities they seem, both during the process of internship and while preparing for it.

In addition to manufacturing aspects, participants of the excursion to Height-239 got familiar with the system of distributing a corporate periodical entitled Trubnik, editor’s office of which also provides the opportunity for philologists to undertake internships. All willing took a copy of ChTPZ’s corporate newspaper. 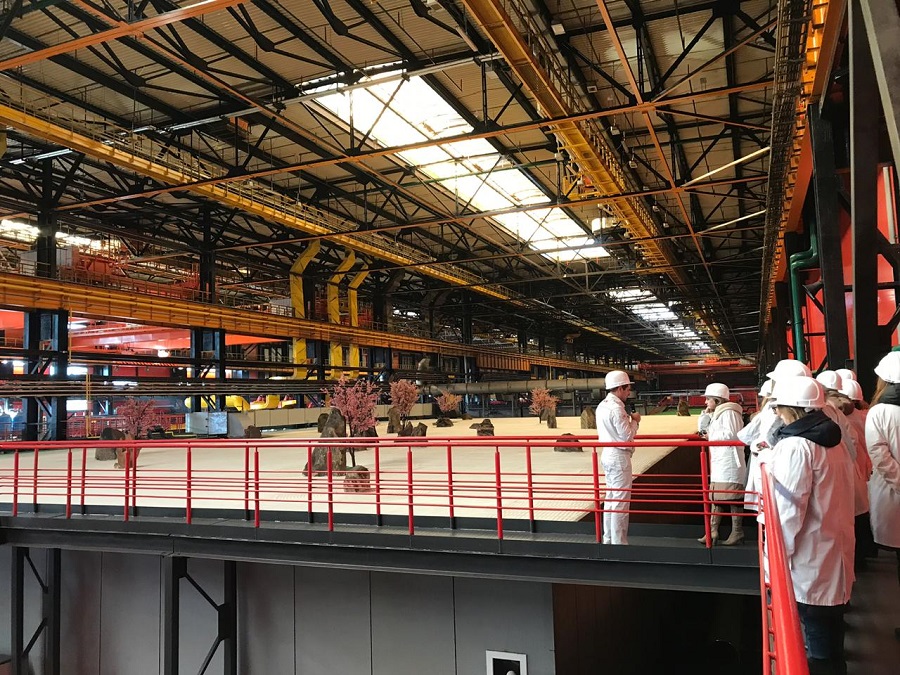