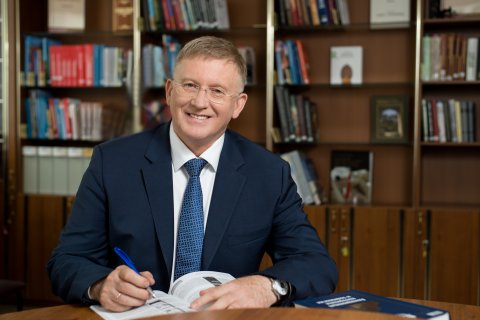 In 2018 South Ural State University is celebrating its 75th Anniversary. Many modern achievements are based on vast experience accumulated by the scientists of the university almost since its establishment. Over its years-long history the scientific school of automated control systems has fostered many prominent scientists. One of its outstanding representatives and a successor to the tradition of scientific ideas is SUSU Rector Aleksandr Shestakov, under whose leadership the university is fulfilling the strategy of digital transformations.

Automated control systems are based on sensors of various parameters and actuators, which ensure operation of processes and devices without human involvement. Today automated control systems are used throughout the world in the majority of the sectors of economy: in metallurgy, mechanical engineering, chemical production, defence technologies, etc.

In 1962 in Chelyabinsk Polytechnic Institute a Department of Automated Control Systems was created, which was headed by Doctor of Sciences (Engineering), Professor and Honoured Worker of Science and Technology of the Russian Soviet Federative Socialist Republic Georgy Chernorutsky. The main field of the Department’s activity was training engineers in flight control systems, what was dictated by the needs of the fast developing enterprises of the rocket-and-space complex and, first and foremost, by the needs by such enterprises as Machine Building Design Bureau (now, Academician V.P. Makeyev State Rocket Centre) and Scientific and Production Association of automatics named after academician N.A. Semikhatov (Yekaterinburg). 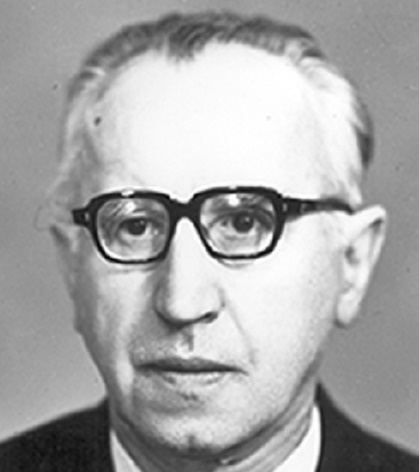 The research studies performed jointly with the leading enterprises of the military-industrial complex were the beginning of work of the scientific school in the field of automated control. The first cycle of works of the young scientific school was dedicated to analysing the automated control systems with random parameters. In the 70s the Department took up the engineering of dynamic stands for ground test elements and missile control systems. Meanwhile the main stands were being engineered for sea-launched ballistic missiles of submarines ― the most complex type of rocket technology. These works were supervised by Arnold Sibrin. Along with a group of automated control systems specialists a design office was created, where working drawings and electrical schematics of the stands were being plotted. 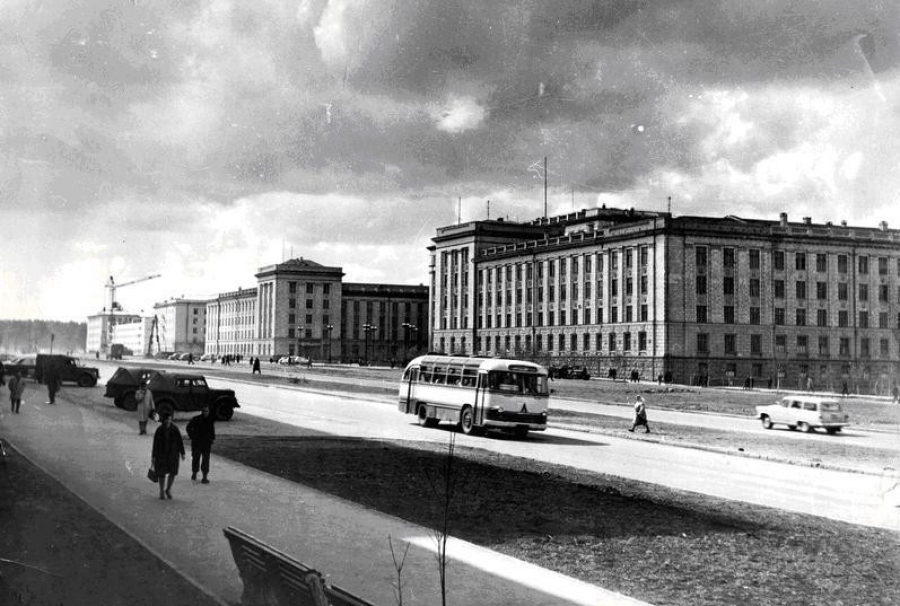 Photo: Main building of Chelyabinsk Polytechnic Institute in the 1960s

Following an order by one of the enterprises, a simulation stand with a digital control system was created for the first time in the USSR using technical specifications of the Department of Automated Control Systems. A young but promising scientist Aleksandr Shestakov, who is now Rector of SUSU (NRU), Doctor of Sciences (Engineering), Professor and Chairman of the Council of Rectors of the Ural Federal District, was trusted to head this project.

Under the guidance of Aleksandr Shestakov and as a result of meticulous work, a unique dynamic six-degrees-of-freedom stand was engineered for testing the control system of Buran space shuttle, simulating angular and linear motion.

“We were visited by specialists from Kharkov — the control system for Buran was being engineered there back then, at a huge Scientific and Production Association, — and they asked us if we could make such a testing complex,” shares SUSU Rector Aleksandr Shestakov. “We took up the job, and I acted as the executive in charge. There was a specific feature: the dynamic stand for Buran had to ensure precise motion along three rotation degrees; also, it had to simulate three linear motions; and all of that had to match. The specifications had very high requirements to dynamics, that is, to the accuracy of simulation of quick impacts, as well as very high requirements to statics (accuracy in stationary position or slow motion).”

The technical requirements were so high that the creators of Buran did not believe that such equipment could be engineered at Chelyabinsk Polytechnic Institute (now SUSU). To solve the problem of ground testing, an expensive stand was purchased abroad, which was significantly inferior to ours as per technical characteristics, and it also ensured motion in only two degrees of freedom. The stand ordered at Chelyabinsk Polytechnic Institute was considered as a backup. Soon, in the process of work it became clear that the innovation by our Department substantially outperformed its foreign analogue as per technical characteristics. Our stand was accepted for operation at Elektropribor Scientific and Production Association (Kharkov) in May of 1985. On this stand tests were run successfully for the control system of Buran space shuttle, and a number of deficiencies and faults of the control system were revealed.

“Later we were surprised to discover that our level of work equalled that of Massachusetts Institute of Technology,” shares Aleksandr Shestakov. “But in this project we did indeed leave them behind. Buran was levelled up, took off, took a flight, and automatically landed on the strip of Baikonur. The American shuttles could not perform the landing automatically. We were ahead of our American colleagues, our engineers did a better job. But also the team that we had at Chelyabinsk Polytechnic Institute, the scientific school, which I am a member of, in part made its own contribution into this project. What is most important, though, is that in the process of work people were fostered, and teams were formed, capable of solving global tasks and taking responsibility. Such people are few, normally. Such people, as my teachers were: Doctor of Sciences (Engineering) and Professor Georgy Chernorutsky; Doctor of Sciences (Engineering) and Professor Arnold Sibrin, who unfortunately died early; the sitting President of SUSU and the Corresponding Member of the Russian Academy of Sciences German Vyatkin, and others.”

Aleksandr Shestakov continues his research on the problems of ground testing complexes through developing the methods of the theory of dynamic measurements based on the approaches used in the automatic control theory.

“Using the methods of the control theory, methods of modal control were developed, as well as dynamic measurement systems fulfilling the modes of zero-overshoot response,” explains Aleksandr Shestakov. “Neural network dynamic measurement systems were suggested and studied. The structure of a self-adjusting dynamic system was suggested, and the parameters-setting algorithms were obtained. This part of measurements is very close to the field of Smart Instrumentation. Various approaches, which were successfully used in control systems, gave good results with regard to measuring equipment. The issue concerning the optimisation of dynamic measurements is being solved today jointly with the school of mathematics of Professor Georgy Sviridyuk.”

“This is a very promising field of research,” says Rector of SUSU with confidence. “We suggested an approach, which is fulfilled based on obtaining redundant data on a measurement instrument. After thorough mathematical analysis, we can obtain data on the accuracy of the measurement instrument. As of today, we have come up with a solution on resistance temperature detectors, and we have ideas on developing this issue in other fields.”

Many of the school alumni created new scientific fields, which are being actively developed today. Doctor of Sciences (Engineering) and Professor Lev Kazarinov is developing a school of automated control systems with regard to the creation of energy-saving control systems for industrial units. Doctor of Sciences (Engineering) and Professor Vladimir Shiryaev is developing the field of the theory and practice of control systems based on close approach. Relying on the fundamental base and huge experience of the researchers of the scientific school of automated control systems, the today SUSU is confidently moving forward along the path of digitalisation. Four big digital industry projects are being launched jointly with the major industrial partner, Magnitogorsk Iron & Steel Works. November 13th through 15th of 2018 the university will act as the organiser of a unique-for-Russia international scientific conference on digital industry, which will be held in cooperation with Emerson, SMS group, Samsung, Schneider Electric, and the leading professors of foreign universities who are successfully working in this field.