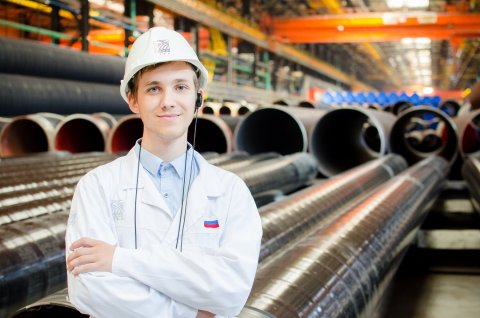 South Ural State University will offer its students qualitatively new level of obtaining higher professional education. Starting from September 2018, one of our country’s leading universities will implement project-based learning, both in Bachelor’s and Master’s groups of elite training.

This technology will allow the university to significantly improve the quality of education and competitiveness of the graduates at the Russian and international labour markets. It is not enough for modern employers to simply hire to their companies specialists with theoretical knowledge and prestigious diplomas. Today, a complex approach to production tasks solving is of value at the labour market, as well as personal qualities of a graduate: ability to work in a team, make decisions and bear responsibility for them, think innovatively and creatively. It will be possible to reach this level through project-based learning. SUSU Rector Aleksandr Shestakov:

“In the new academic year our university will implement project-based learning in more than 50 of its education programs within SUSU’s development strategy. Projects must comply with the advanced level of engineering, and the tasks being solved by businesses. They will be approved with the enterprises being leaders at the Russian and global world markets. An enterprise will set a project’s theme, and a supervisor will be appointed. A selection of training courses will be formed, and a team (of no less than five people) created. In over two years we will see the results of the project – a device, a system, or a software. There is no such an approach anywhere else in our country.” The peculiarity of project-based learning is its interdisciplinary character, when to fulfill one project, a team of students of various specialities and different levels of training is formed: engineers, programmers, economists, marketing experts, designers. A huge plus of joint activity is that students gain the skill of team work. By the end of training, complete startups and spinoffs are formed.

“After they graduate, the whole team of a startup keeps independently developing and commercializing their research-and-development innovations by organizing their own business or a small innovative enterprise. And when a project is created and is being fulfilled at an order by a big industrial corporation, by the moment of graduation from the university an employee receives both a ready-made project and a team of trained specialists (spinoff), who will logically continue to implement their project’s concept already as part of this big enterprise,” explains Andrey Radionov, SUSU Vice-Rector for Academic Affairs. 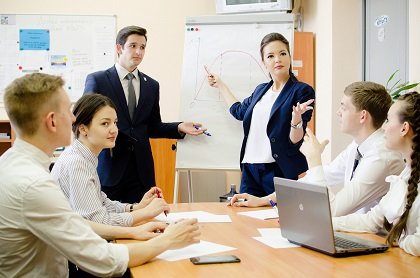 “The key idea of project-based learning is individual learning trajectory of a student according to a personal curriculum, which s/he forms him/herself based on the project’s tasks,” shares Andrey Radionov, SUSU Vice-Rector for Academic Affairs. “For that purpose SUSU has the most expansive resources – the possibility of studying at the Institute of Open and Distance Education, as well as at the Institute of Supplementary Education, where students can take any suitable online course, Massive Online Open Courses (MOOC) of any university of our country or from abroad in the required discipline.” 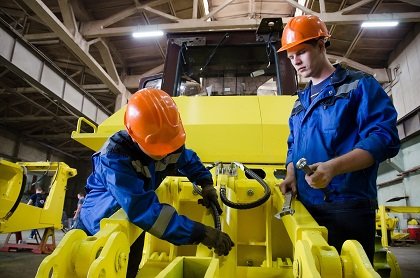 How can a student join a project, and an employer – announce it? For that purpose, starting from the new academic year, a Projects Cloud web-platform will be functioning at SUSU, which will act as a space for communication between employers, students and project supervisors. SUSU Vice-Rector for Informatization Leonid Sokolinsky:

“Via web-interface a customer will post a request to fulfil a certain project. For instance, the Ministry of Culture for the Chelyabinsk Region orders to create a virtual museum of writers of South Urals. Next, the system will notify all the potential supervisors (SUSU faculty, heads of laboratories, and others) on the new order for a project. After that, the technical assignment will be formed, as well as the project vacancies with descriptions of the competences required for the future team members. The system will automatically notify all the registered and qualifying students on the new project. A student will file an application for the consideration of the supervisor, who having studied the portfolio will decide on inviting the student to the project.”

If a student needs additional competences to participate in the project, the system will suggest a complex of classes and online courses or Massive Online Open Courses which s/he will have to take under his/her individual learning trajectory in compliance with the educational standards and programs being fulfilled at SUSU. The Projects Cloud, in its system of student portfolios, will collect all the information on student competences, so that employers could assess their potential employees and send them online invitations for internship or job placement. Meanwhile, the chances of the project-based learning students to be successfully employed should be higher than those of the traditional graduates.

“The idea of project-based learning is not new for our university. Already today it is being fulfilled in the system of elite training. For instance, a good example of project activity of the School of Electrical Engineering and Computer Science is its collaboration with Samsung Electronics Company regarding fulfillment of IоT Academy Samsung program; in the Institute of Natural Sciences and Mathematics, for the joint project with PJSC MMK called Nonchemical (Photocatalytic) Treatment of Water from Pollution Resistant to Oxidation a project-based learning will be implemented under one of the Master’s programs. However, if earlier we collaborated with our partners in the form of the project-based learning on a local level, now it must become a mandatory element of an efficient academic vertical “pre-university training – Bachelor’s program – Master’s program”,” notes SUSU Rector Aleksandr Shestakov.

Thus, a qualitatively new level of higher professional education currently not having analogs anywhere else in Russia will become available for students of SUSU.