Harry Potter characters will reveal your personality to psychologists 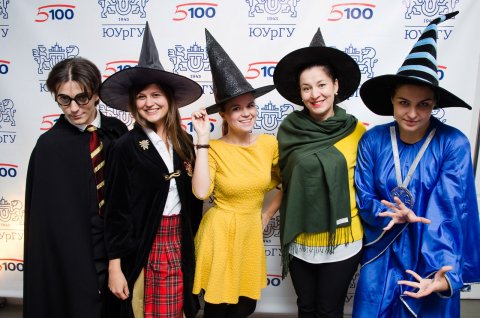 July 31st happens to the birthday of Harry Potter and his creator J.K. Rowling. Ahead of the birthday of one of the most famous wizards of modern times Harry Potter and his creator Joanne Rowling on July 31, researchers from South Ural State University, one of the Russian Academic Excellence universities (Project 5-100), found out how popular movies influence people’s behavior. The findings suggest that knowing what character a person identifies with makes it possible to predict one’s future behavior.

The researchers aimed to examine the educative influence of the popular novels by Joanne Rowling and to find out whether the movies about the wizard can have an impact on role behavior of a person. To do so, they conducted a survey among Russian fans of Harry Potter movies aged 19 to 23. Experts picked 14 book characters. Viewers were considered to identify with a character if they empathized with this character while watching the movie.

“Popular movies attract viewers to their ‘playground’; they have the potential to change mentality and behavior, and then ‘the players are caught up in the game’, to quote one of the researchers of game structures, a philosopher Hans Gadamer,” explained Doctor of Psychology, SUSU Professor Vera Gryazeva-Dobshinskaya.

It turned out that the majority of respondents identified with Hermione Granger and Harry Potter. According to the psychologists’ findings, such people see themselves as creators but do not feel to be in demand and do not know how to make use of their creative capabilities.

Those participants of the experiment who chose Professor Dumbledore as their “doppelganger” want to see themselves as creators able to help others in a difficult situation. According to psychologists, by choosing Dumbledore, a person will subconsciously build one’s life guided by the ideals of goodness and sacrifice in order to achieve a common goal. Those who identified with Professor McGonagall want to act as saviors coming to rescue in critical situations.

However, the most interesting findings concern people who identify with villains. According to the authors of the research, it is these people that have the greatest need to feel that the society needs them. Those who find their reflection in Dolores Umbridge are capable of neglecting the ethical side of a matter and can make themselves relevant regardless of the system of values they find themselves in.

Those who associate themselves with the Dark Lord Voldemort have high ambitions, strive for power and tend to identify themselves through high-profile roles. All decisions made by such people are aimed at achieving a high position at any cost.

“If a child or a teenager associates himself or herself with a negative character, open discussion becomes crucially important. A parent can help to focus on certain qualities of a character. For example, even the main villain, Voldemort, was well-educated and certainly possessed leadership qualities. As for the goals that a person will seek to achieve with the help of these qualities, these are largely determined by parents if they play an active part in their children’s life,” Associate Professor of the SUSU Department of Developmental Psychology and Age Related Counseling Vyacheslav Kozlov told.

At the same time, behavior patterns of villains are often more efficient, which result in a change in a person’s social and role identity.

“In the future, we will be able to simulate the interaction of factors and predict expected behavior based on modern mathematical techniques,” commented the author of the research Vera Gryazeva-Dobshinskaya.

“This is a good projection technique frequently used by psychologists. This isn’t a strictly scientific method, but it is used as a supplementary one. The feeling of empathy is important. Behavior patterns of a character that a person empathizes with can provide a psychologist with interesting information and can even help to detect disorders. The book portrays a wide range of characters, and this must definitely be put to use,” emphasized Ramil Garifullin.