“The Medal is My Gratitude to SUSU”: Bronze Medalist of Olympic Games-2018 Completed her Master’s Degree Studies 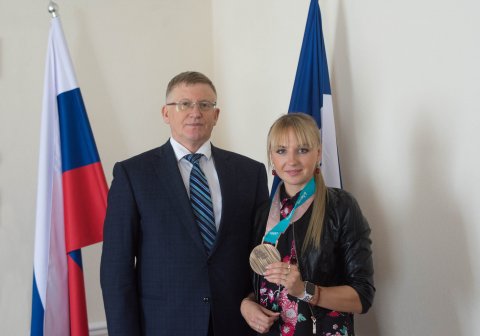 Anna Nechaevskaya, who became bronze medalist of the Winter Olympic Games–2018 in Pyeongchang, defended her dissertation dedicated to the study of physical education effect on development of troubled adolescents. The Olympic medalist completed her master’s degree studies at the SUSU Institute of Sport, Tourism and Service in the program of “Physical Education”. The athlete expressed her gratitude to the university for the support during her study. 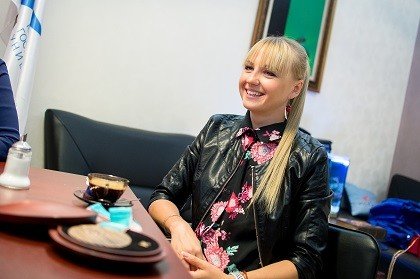 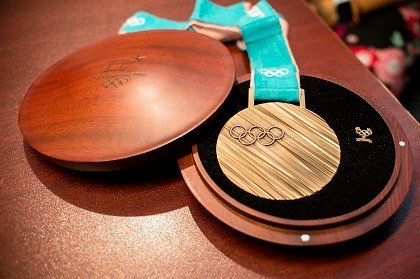 “South Ural State University provided me with a lot of support. I am grateful to lecturers and all who cheered for me; thanks for the possibility to go for training camps, for the assistance in studying. I would like to express my gratitude precisely by achieving high results. And my victory at the last year’s Winter Universiade was dedicated to the university. I would like to finish my education on such an optimistic note. And the Olympic medal is also my gratitude to SUSU. I hope that my name will be remembered here for many years.”

At a meeting with the Rector of SUSU, Aleksandr Shestakov, Anna shared her plans for the future. The graduate of SUSU is going to compete at the Nordic World Ski Championship which is to take place in Seefeld, Austria, in 2019. Also, Anna is going to try her hand at the Winter Olympic Games – 2022 in Beijing. Aleksandr Leonidovich noted that if Anna decides to continue studying as a postgraduate, the doors of the university will always be open for her. “SUSU pays a lot of attention to student sport, because often it is exactly during the time of studying at a university when athletes start exercising at the professional level. For that, SUSU has all the necessary equipment. Mentors and the team of coaches can be chosen at the university; athletes can be trained by professionals. Anna is a serious fighter, a highly-trained athlete. Her victory at the Olympic Games is the achievement for which all athletes aspire,” noted Director of the Institute of Sport, Tourism and Service, Vadim Erlikh.

Anna is Master of Sports of Russia, international class; she was twice gold and bronze medalist of national championships. At the last Winter Olympic Games in Pyeongchang, Anna became a bronze medalist in ski racing relay 4x5 km as part of National Team Russia. Upon returning from South Korea, the athletes who became prize winners at the Olympiad were invited for a meeting with the President of Russia, Vladimir Putin. This is exactly when the Russian Leader awarded the SUSU student with a second-class medal of the Order “For Merit to the Fatherland”.