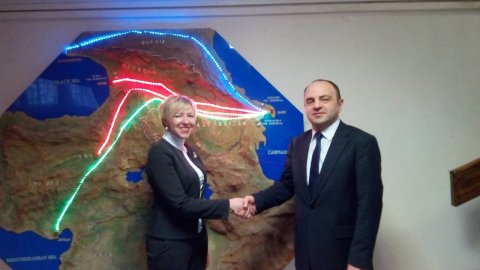 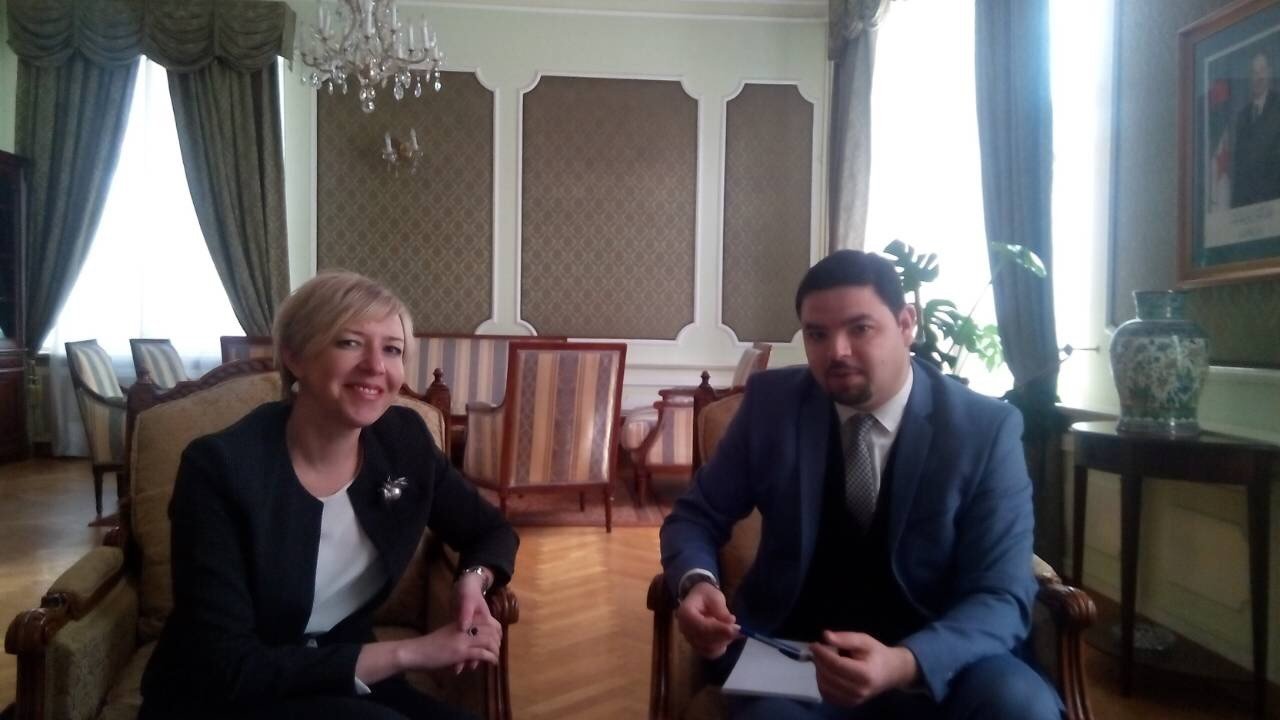 Head of SUSU’s International Affairs Division, Olga Yaroshenko, told us about visits to Embassies by the delegation and about agreements signed by the parties.

– What are the goals of visiting Embassies?

In this regard, the Ministry of Education recommended the countries in which university applicants are interested in studying Russian language and in their further study in large Russian universities. Several main Embassies were chosen: Republic of Algeria, Syrian Arab Republic, Angola, Mongolian People's Republic, and the near-abroad countries: Azerbaijan and Armenia.

– Tell us how the meeting went in the Algerian Embassy. What topics were discussed?

– We had the first official meeting at the Algerian Embassy. We met with the diplomatic attaché, Mirabet Ismail. At the moment, 4 students from Algeria are studying at SUSU at the pre-university courses; 2 students are studying on main programs: 2 bachelors and 1 postgraduate student. Therefore, the goal of our visit was students exchange within short-term programs. The Embassy representative also expressed his interest in our distance programs. Participation in various summer and winter schools which would be interesting for students, and expansion of scientific cooperation were also discussed.

– What are results of the visit to the Embassy of the Syrian Arab Republic?

– In the Embassy of the Syrian Arab republic we met with Attaché of Culture and Education, Doctor Riad Haddad. We spoke up with the initiative to attract students from Syria for both general educational programs and for programs of pre-university training for foreign citizens for enrollment to the university and for courses of Russian as a foreign language. The Syrian party got interested in such courses which last not only 9 month but also 1,5 year. The attaché also expressed interest in the possibility of dissertation defense at the university for postgraduate students. Moreover, as the university has research laboratories and the possibility for undertaking internships, we have also reached agreements on active involvement of the Embassy into attracting students to our university.

– What agreements were reached during your visit to Angola Embassy?

– At the Embassy of the Republic of Angola in Moscow we met with Minister Plenipotentiary, Advisor of the Embassy, mister Miguel Gansalvish. This experience of the university’s cooperation with the Angola Embassy was the first as well. Representatives of the Embassy expressed their interest to studying Russian language and to education of students at the pre-university courses. Besides, we discussed prospects of education of students on quota basis through Rossotrudnichestvo (Russian Cooperation) on state-funded basis.

– Tell us about results of negotiations at the Embassy of the Mongolian People's Republic.

– Mongolian People’s Republic is a friendly republic, and in a conversation with mister Zhamsran Batsaikhan, the Secretary for Educational and Scientific Affairs, we realized that we have a lot in common because in Mongolia there are still many schools in which education as performed in Russian; in this regard, graduates of the Mongolian People’s Republic have the possibility to apply for general educational programs of both bachelor’s and master’s degree studies. At the moment, there are 14 students from Mongolia at SUSU: 5 bachelors, 4 specialists, 4 masters and 1 postgraduate student. We agreed with the Embassy on further implementation of programs and informing students via educational exhibitions and Rossotrudnichestvo (Russian Cooperation).

– What questions were discussed within meetings in the Embassies of Azerbaijan and Armenia?

– In the Embassies of the Republic of Azerbaijan and the Republic of Armenia (these are two different embassies) we mainly spoke about joint research projects, scientific conferences, academic exchanges and internships of students, postgraduates and lecturers, and about organizing of joint events on educational, cultural and social topics. The meeting was held with Advisors for liberal arts issues and Ambassador Extraordinary and Minister Plenipotentiary, Boris Saakyan.

– Tell us about results of your work trip.

– The main goal of our trip was attracting students for studying at SUSU by means of demonstration of potential and possibilities of the university as well as its experience of working with international students. At the moment, students from 48 countries of the world are studying at the university, and we hope that the number of students and the names of the countries from which students come to our university will increase.

Besides, the application of the Embassies on Inclusion of SUSU to subject committees of the Rossotrudnichestvo of Azerbaijan and Armenia for taking examinations for admission to Higher education institutions within quotas was considered.

Also, a decision was made about inclusion of SUSU into the Association of Universities of Azerbaijan and Russia.

Within the visits, certain agreements were reached on attraction of students from Republic of Iraq, Syria, and Mongolia for studying at our university on both general educational programs and on programs for pre-university training of foreign citizens and courses of Russian as a foreign language. Moreover, agreements were reached on attraction of international students from Syria, Algeria, and Mongolia within quotas to postgraduate studies for the study on engineering specialties.

Aside from that, decisions were made regarding organization of joint research projects, scientific conferences, academic exchange and internships of students, postgraduates and lecturers as well as development of double degree programs with the leading high-ranked universities of Armenia and Azerbaijan.

Finally, a decision was made on participation in the Exhibition of Russian Center of Science and Culture in Mongolia in order to promote educational programs of SUSU.

The important thing is, our university is known and respected in every Embassy. We talked about new brand of the university, brought souvenirs and presents from Rector Alexander Shestakov to the Embassies, and expressed our hope for further fruitful cooperation. For each party, we have already determined the operation plan for the closest perspective and for further cooperation.