SUSU and University of Cuba Discuss Creation of a Geoinformation Observatory 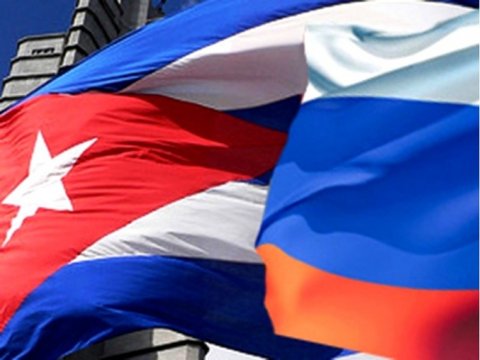 Scientists from South Ural State University held a seminar on geoinformatics at the University of Guantanamo (Cuba). After this seminar the representatives Russia and Cuba will discuss the possibility of creating a geoinformation observatory.

“Creation of a geoinformation observatory will allow Cuba and Russia to continue collaboration in the field of geoinformatics,” reports Berenice Servantes, Director of the Russian-Iberoamerican International Center of RSSU.

Within the framework of the International Congress of Universities 2018, which is being held in Havana on February 12th, scientists from South Ural State University Valentina Maksimova, Maksim Zhitrin, and Sanzhar Abdullaev discussed the role of geo-technologies in managing land resources, infrastructure of spatial data in global positioning and forecasting systems, and other. Moreover, the SUSU researchers demonstrated the use of geoinformation software for such sectors as agriculture and forestry.

Director of the Russian-Iberoamerican International Center of RSSU highly appreciated the intent of the Cuban scientists to use these systems to analyze and forecast risk factors at a said geographical territory.

Berenice Servantes thanked the University of Guantanamo and expressed readiness for further collaboration with the Russian universities and their Cuban partners.

Rector of the University of Guantanamo Alberto Turro stressed that the seminar was an example of collaboration between universities, and also demonstrated key role of a university in region development.

“SUSU unites Europe and Asia, expanding collaboration with the countries of Latin America and the Caribbean,” says Alberto Turro.

Geoinformatics is a field of sciences which combines sciences on Earth and information technologies. It emerged in 1972 when the USA National Aeronautics and Space Administration (NASA) launched its first civilian satellite.

Geoinformatics facilitates the improvement of planning the use of lands of settlements, production systems evaluation, and environment monitoring.

You may read the source news: